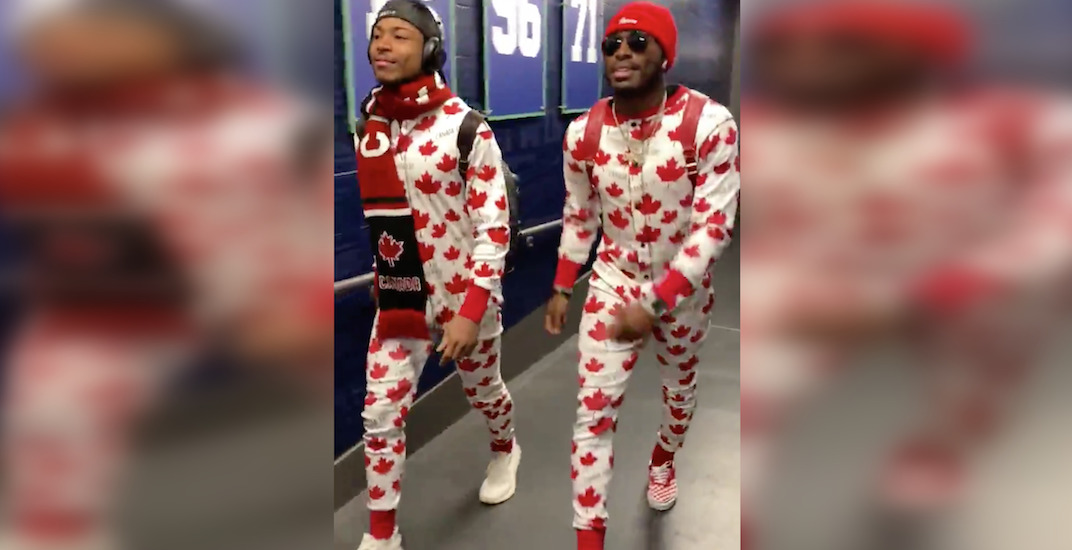 Monday night was a big one for the Seattle Seahawks. With a 37-30 win over the visiting Minnesota Vikings, the Hawks took over first place in the NFC West with a 10-2 record.

The game had multiple highlights, including beforehand when Seahawks receivers David Moore and Tyler Lockett showed up donned in full-Canadian gear.

The duo arrived in Canadian onesies and beanies, with Lockett even taking it a step further by accessorizing with a Canadian scarf. Lockett is from Oklahoma, while Moore is from Texas, so neither player has a connection to Canada – other than their teammate Luke Willson. 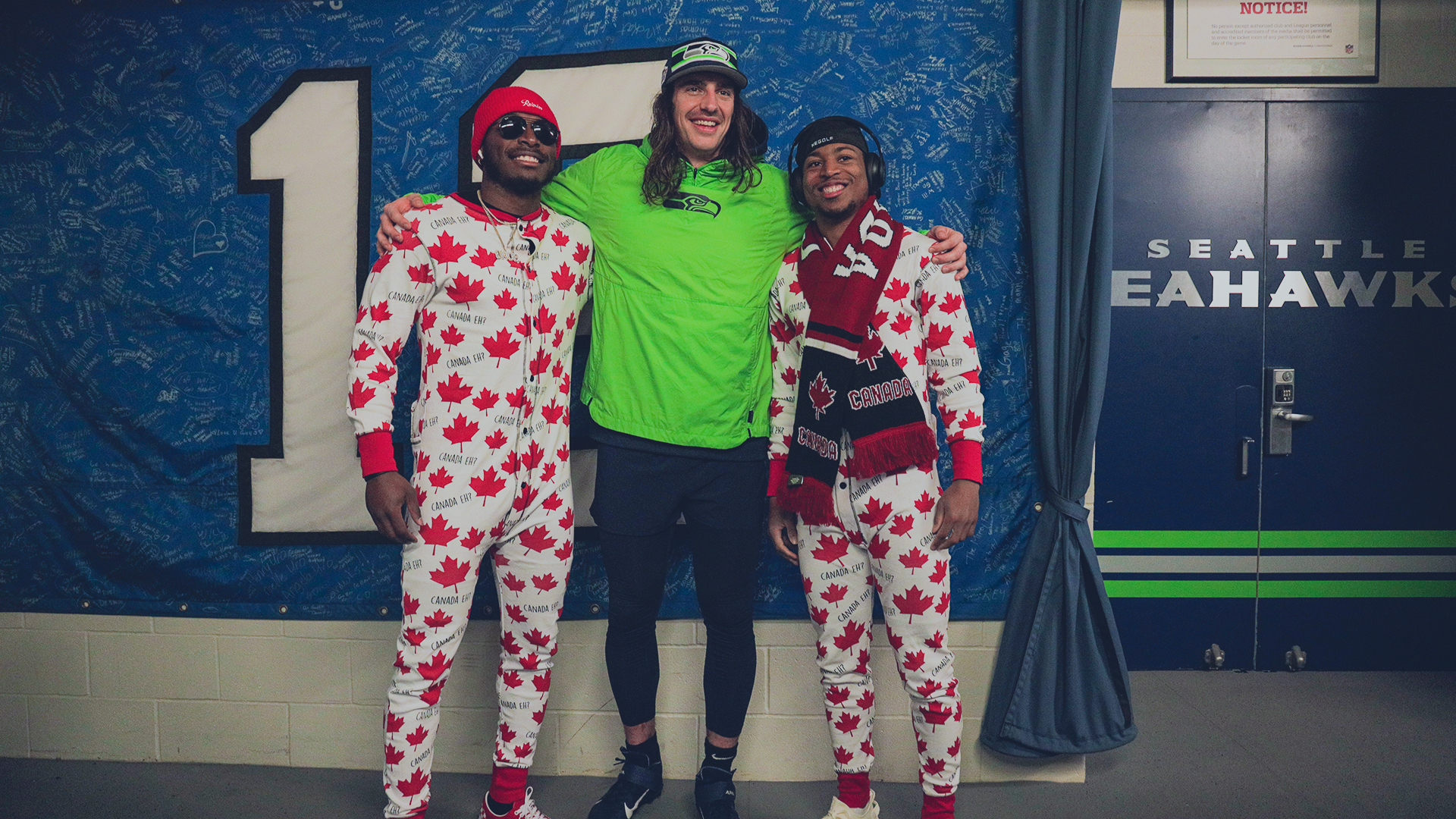 The True North get-ups were indeed for the Canadian tight end.

Willson was inactive during yesterday’s game due to an injury, but has been credited in the recovery of Moore and Lockett, who had each been battling a nasty flu for the past few days.

It seems that Willson was just as shocked as the fans were. Upon seeing Lockett and Moore dressed fully in red and white, he was excited to ask: “Yo, where’d you buy these at?”

*goes to the souvenir store once* 😂🇨🇦