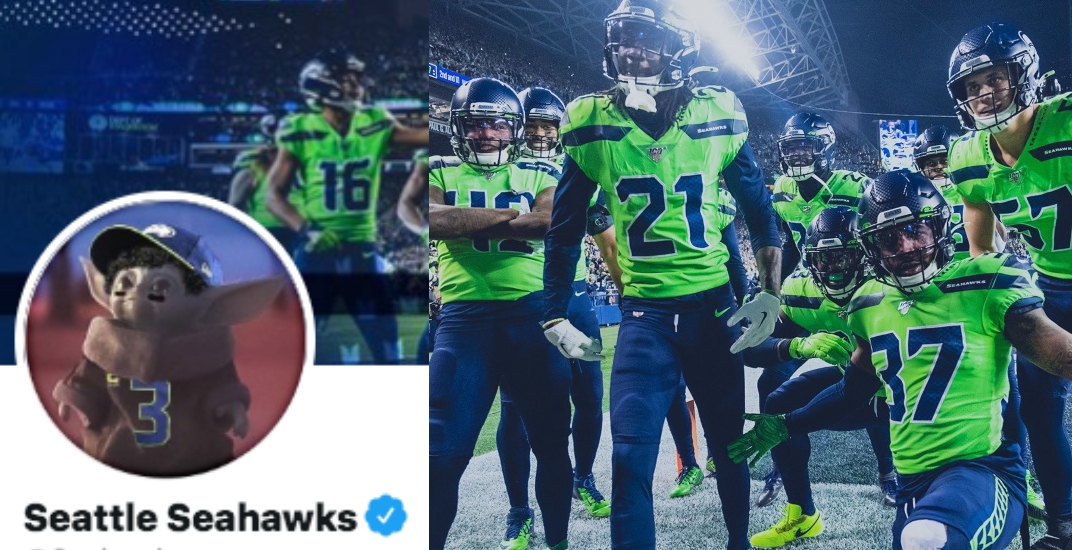 Around 5 pm on Monday, the Seattle Seahawks Twitter page initiated a challenge to their fans: retweet their post and the team will change their profile picture to Baby Yoda.

🚨 BY POPULAR DEMAND, if this gets 33,333 RTs by 12:12pm tomorrow, we’ll change our profile picture to this. @DangeRussWilson@Bwagz@clownejd@TDLockett12@ccarson_32@DuaneBrown76@ShaquillG@mdcksn@KJ_WRIGHT34#ProBowlVote x #GoHawks pic.twitter.com/9fm6xyrLzD

For those of you out of the loop, Baby Yoda is currently a hugely popular meme. The character made his debut on November 12 in The Mandalorian, a release on the Disney+ video streaming platform. Because of his adorably portrayed persona, he has taken the internet by storm.

At 4:53 pm, Tuesday night, the Seahawks posted a tweet stating that if they got 33,333 retweets by 12:12 pm, they’d change their profile picture to an image of a Seahawk-geared Yoda. 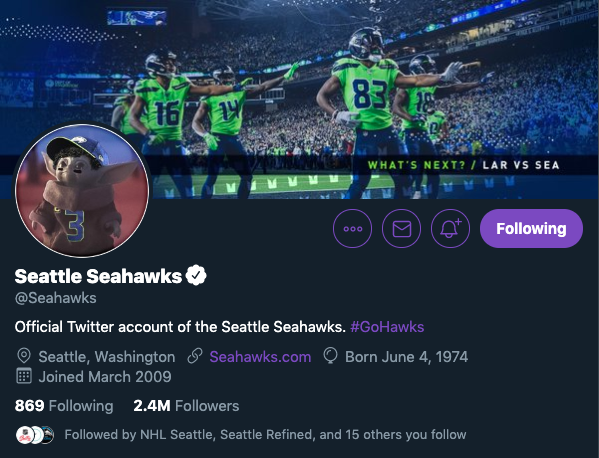 When the game concluded, rather than a “normal” announcement of the scores, The Seahawks posted the win in style, with Baby Yoda once again.

THIS IS THE WAY…

AND FIRST PLACE IN THE NFC WEST! pic.twitter.com/ptuMyn57j0

Within six hours of the original post, the goal of 33,333 retweets was met. The Seattle Seahawks Twitter page released an official video, showing that it was happening. The fans had done it, we’d won both the football game and Twitter.

It is done. #GoHawks pic.twitter.com/86bSegqicH

Within seconds, fans went crazy. The tweet gained hundreds of comments of “This is the way,” a reference to their prior tweet.

If this isn’t peak seahawks Twitter, I don’t know what is.

This is the way. pic.twitter.com/jplCeORQjm

Combining two of my favourite things in the world. Stick a Nirvana pin on him, and I won’t need anything else ever…

@_Jordaannnn_ your team could never

Needless to say, not only do the Hawks have the best team in the NFC West, but they’ve also got the best sports Twitter account in the world.