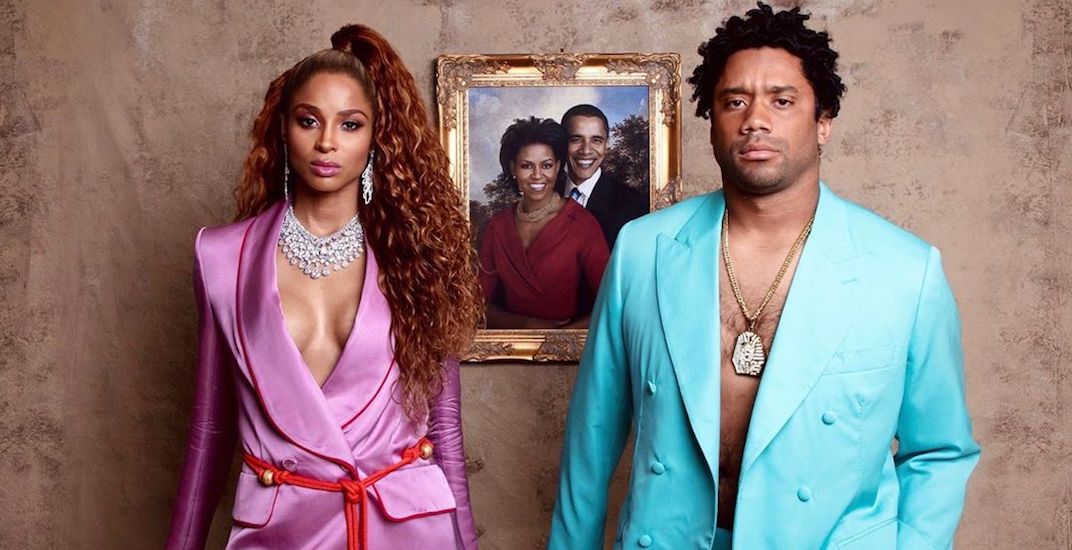 The Seattle Seahawks are well underway in the 2019 season and so far things are looking pretty promising on the field.

As a fan, it’s easy to see these players solely in the roles that they play on the field, independent from anything else.

That’s one nice aspect of social media, allowing us to see what the players do with their lives away from the field, a perspective we wouldn’t get to see otherwise.

Since the moment I met you you’ve gifted me with nothing but Love, Joy, Peace, and 2 Beautiful Children. No gift is worth as much as the Eternal Gift of Love that you have given me and our family. Daddy Loves You. Happy Birthday Baby. I Love You to Heaven and Back. ❤️ @Ciara

Quarterback Russell Wilson, the face of the franchise, is the obvious follow for any Seahawks fan.

The 30-year-old is in the midst of an MVP-caliber season and has led the team to their strong record thus far.

While football posts are the bulk of Wilson’s Instagram account, he also shares a lot of moments from his personal life. Whether it’s sharing a couple Halloween costume with his wife Ciara, doing ballet with his daughter, or a taking trip to the dentist, Wilson isn’t shy about sharing his life with his fans.

Man this was really a moment for me! Someone I really look up to @willsmith I appreciate you 💯

Another household name for Seahawks fans, Bobby Wagner recently signed a three-year, $54 million extension to keep him with the Seahawks until 2022. The middle linebacker doesn’t post too on Instagram too often, opting for more of a quality over quantity approach.

Jadeveon Clowney has been a huge addition to the Seahawks’ defense this season. Apart from photos of him and his girlfriend Najah Ré, you’ll see adorable pictures of his son.

“Go as far as you can see; when you get there, you’ll be able to see further.” 🏁

The newest face to join the Seahawks, Josh Gordon was picked up by the team on November 1 via waivers. The 28-year-old goes by @flash on Instagram, and hasn’t wasted any time getting pics up of him in his new threads.

At 6-foot-4 and 315 pounds, Duane Brown is the kind of guy you really don’t want to mess with. Brown tends to have a menacing look to him, but his Instagram reveals a more tender man who cares a lot for his family.

Wouldn’t Change It For Anything Else In The World !! 🙏🏾🤞🏾

The Griffin twins spend a lot of time together on the field, but judging by their Instagram accounts they seem even more inseparable away from it, as they’re constantly making appearances in each other’s pics.

Thank you to Dr. Andrews for helping me get right! Today was a great success!! Excited to finally be on the road to recovery. I WILL DOMINATE THIS! #RUNtheRACE #AliciaistheBESThandsdown #whyamiwearingahairnet

Justin Britt had a tough break this year with a season-ending knee injury, but the 28-year-old center is still keeping his spirits up. Britt’s Instagram posts have two recurring themes, football and family.

It’s a busy time for Tyler Lockett, who just released a poetry book, titled ‘Reflection’ last month in addition to catching touchdowns for the Seahawks. The 28-year-old posts a lot on Instagram, mainly about his love for God, his girlfriend, and football.

“Desire first and foremost God’s kingdom and God’s righteousness, and all these things will be given to you as well” ‭‭Matthew‬ ‭6:33‬ ‭

DK Metcalf seems to have that bit of swagger in whatever he does, so it’s not surprising “the strawberry milk connoisseur” has already built up a large social media following so early in his career.

The longest-tenured Seahawks player, KJ Wright is in his ninth season in Seattle. His Instagram account showcases a lot of what he’s been able to do throughout his time in the Emerald City, which includes giving back to the community and starting his own family.