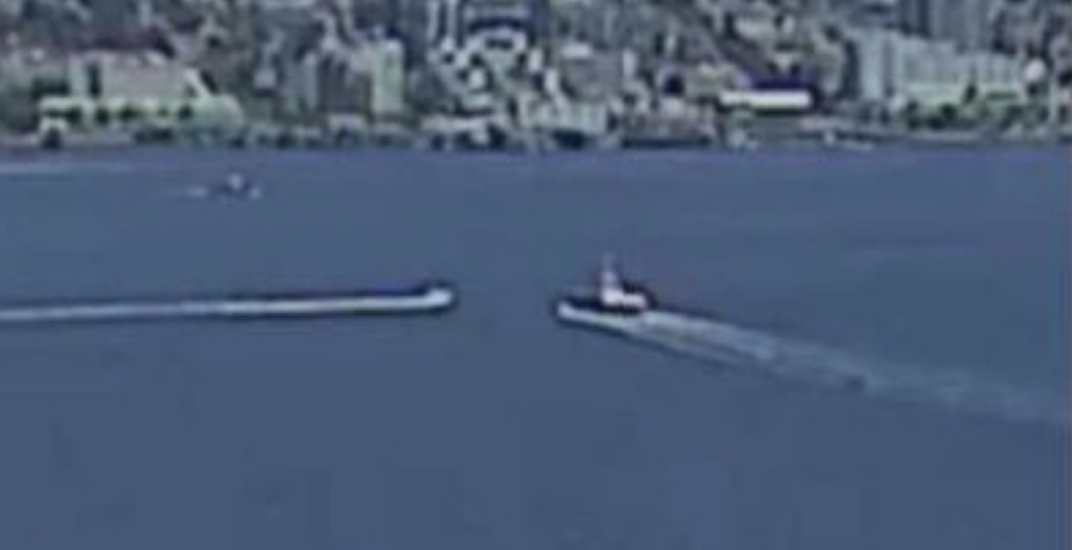 The Marine Unit of the Vancouver Police Department is seeing the public’s help to identify the operators of a pleasure craft boat that nearly collided into a SeaBus ferry vessel earlier this month.

On Saturday, May 5, just before 1 pm, the ferry vessel Burrard Otter II was traveling northbound towards Lonsdale Quay, about halfway across the harbour on its route, when an eastbound pleasure craft boat was sighted traveling at a high rate of speed towards the SeaBus.

It is estimated the boat was traveling at about 30 knots, equivalent to 55 km/hr.

The approaching boat was required by the Collision Regulations to “Give Way” to the SeaBus, but instead it continued its collision course and high speed towards the ferry.

The SeaBus master, the captain of the ferry, sounded the ferry’s horn several times to alert the approaching boat of the impending collision, but the boat continued to adjust its course to align itself directly with the ferry.

A decision was then made by the master to execute an “Emergency Stop” of the ferry, which resulted in the boat passing within 30 ft of the bow of the SeaBus at its high rate of speed. After passing by the SeaBus, the boat continued eastbound through the harbour.

Police say the the boat is described to be a 28-32-ft-long, sport fish-style vessel with twin black outboard engines. It was observed to have two males and a female aboard.

During this SeaBus sailing, there were 205 passengers and four crew members onboard the Burrard Otter II. A collision with the rapidly moving boat could have been catastrophic.

Anyone who witnessed the incident, captured a photo of the incident, or can provide a description of the vessel and its operators is asked to contact VPD Constable Jamie Gibson at [email protected]