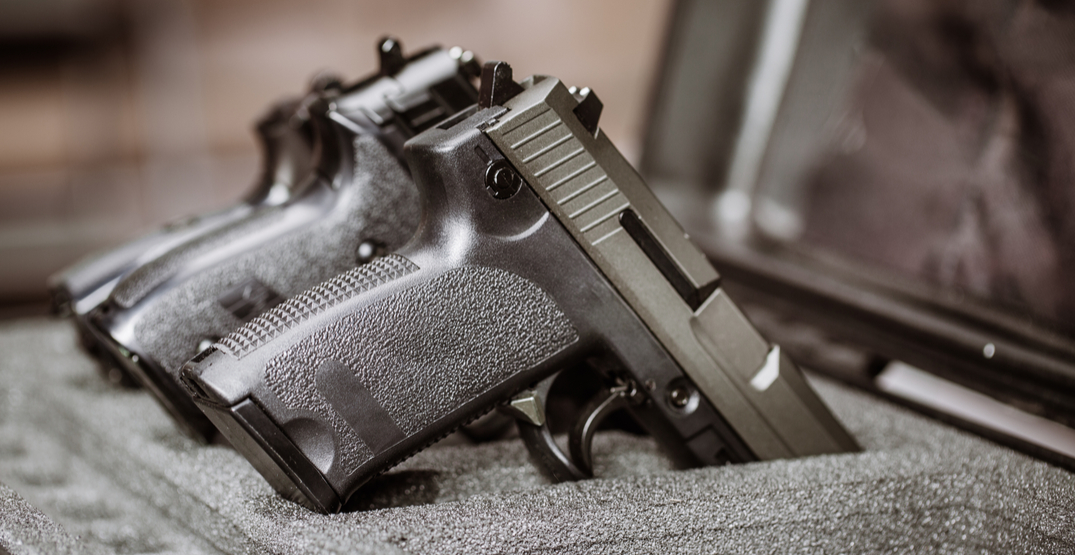 The Canada Border Services Agency (CBSA) seized 19 handguns and 32 over-capacity magazines at the Pacific Highway port of entry in Surrey, BC.

According to CBSA, the seizure took place on March 23, 2018, when a US traveller was seeking entry into Canada at the Pacific Highway crossing.

The traveller was referred to a secondary examination and CBSA detector dogs were called in to assist.

During the examination, a handgun, concealed behind the panelling of the traveller’s car, was discovered. Upon further examination, officers found a total of 19 handguns and 32 over-capacity magazines hidden in various panels of the vehicle.

The guns were seized and the subject was arrested. CBSA says Scott MacCallum Osborne has been charged on 27 counts related to the smuggling, illegal importation, and possession of firearms.