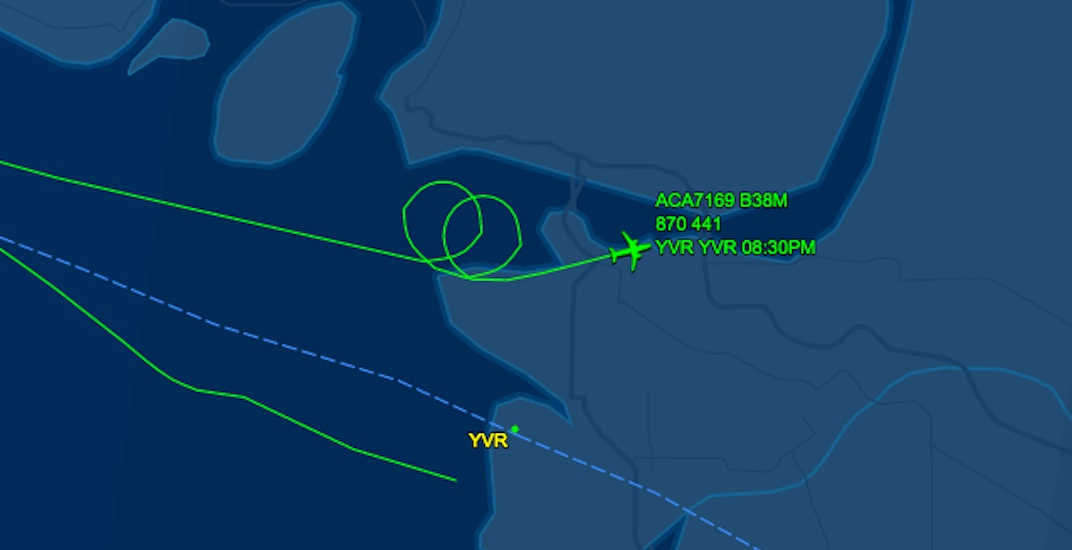 Did you look up at the sky yesterday evening and see a large commercial jet being followed by a smaller plane?

Well, in case you’re wondering, you weren’t seeing things that weren’t there – and the smaller plane wasn’t a fighter jet escort.

Air Canada was filming a commercial for its Boeing 737 MAX, as the carrier is about to introduce an entire fleet of the new aircraft into service. The airline has 61 firm orders for the 737 MAX, with 18 aircraft scheduled to enter service by the end of the year and the remainder by 2021.

Our partners @AirCanada will be doing air-to-air filming over the city and region tonight. You might see these two aircraft zooming around in formation this evening. Snap a photo and share it using #AC7169 pic.twitter.com/k14rMA1Mm8

Last day to see WolfeAir’s #LearJet & our #B737MAX flying together! We’ll be around #Vancouver, #BeautifulBC, #VancouverIsland this afternoon. Share your pics of our #B737MAX and look out for this bird on our flights to #Hawaii this winter from @yvrairport! #AC7169 pic.twitter.com/wV5i8wlHuh

Online flight trackers indicate flight AC7169 made two loops over English Bay and Burrard Inlet, hugging the shoreline of West Point Grey and Kitsilano, just after 8 pm during the final leg of its journey.

Some residents took to social media with photos and videos of the duo formation flying relatively low above them – at an altitude of only about 2,800 ft.

Here they are lining up for a landing just now past my place. pic.twitter.com/DuP8InyWje

I did my best! #AC7169. Beautiful sight. Could barely hear them fly over pic.twitter.com/niRZH83Xuq

Here they are over my house just now lining up for a landing. Cool. pic.twitter.com/VJaKaaaA5v

The aircraft made a loop around the South Coast of BC, leaving Vancouver International Airport (YVR) at 6:35 pm and arriving at 8:30 pm. It spent a bit of time near Ucluelet and Tofino before flying northwards to perform several circles over Texada Island and returning to YVR. 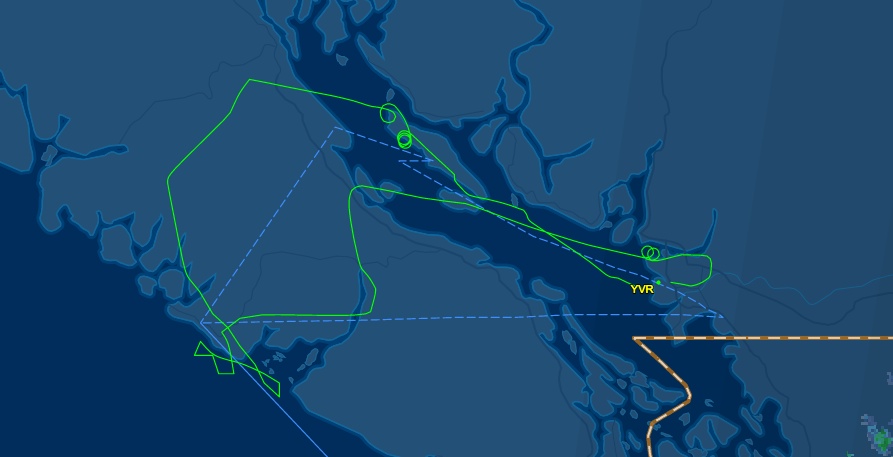