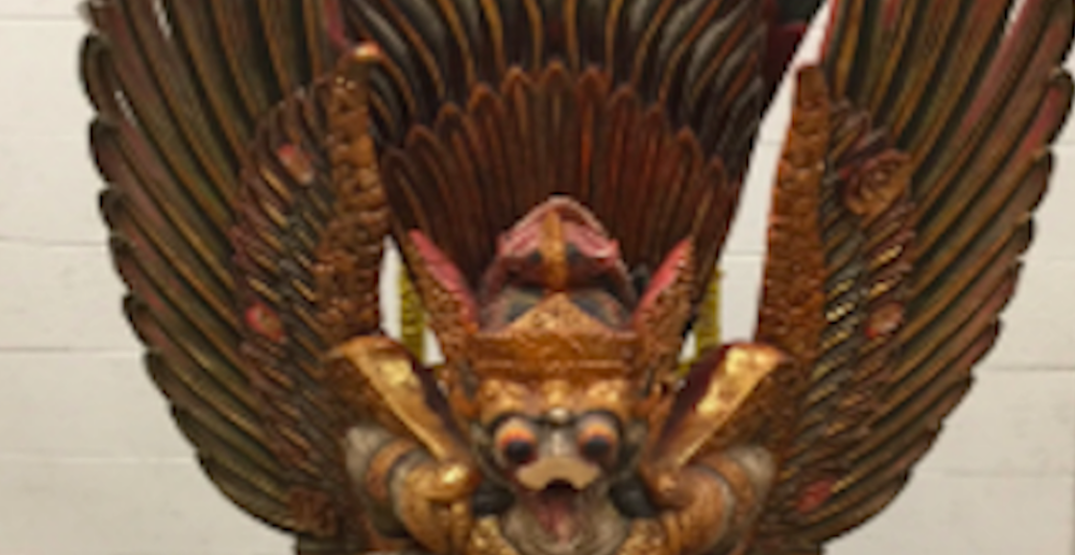 North Vancouver RCMP are looking for the rightful owner of what they describe as a”very unique” stolen item that they recently recovered.

The search stems from an incident this past Monday, when police were called after reports of a “suspicious” man who was observed with “what was described as a large wooden carved totem,” said North Vancouver RCMP Cpl. Richard DeJong.

Police recovered the item, but the man had already fled the scene on a motorcycle.

The item, which stands 80 inches (203 cm) tall, was found with its three wings dismantled and secured in a large duffel bag. 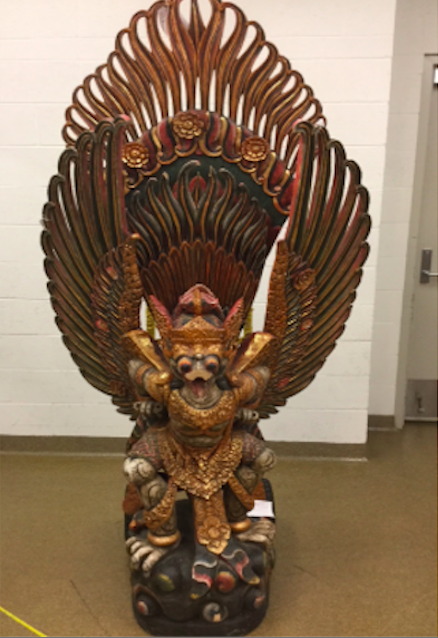 Police are looking for the rightful owner of this item, which they describe as a “totem.” (North Vancouver RCMP)

Police are puzzled by how the man got a hold of the item and where exactly it came from.

“There have been no reports of any break and enters or reports of stolen statues to help police identify the owner,” said De Jong. “This very unique monument will have significant meaning and value to someone [and] police are very interested in returning this to its rightful owner.”

They’re also continuing to investigate who was driving the motorcycle at the time of the incident.