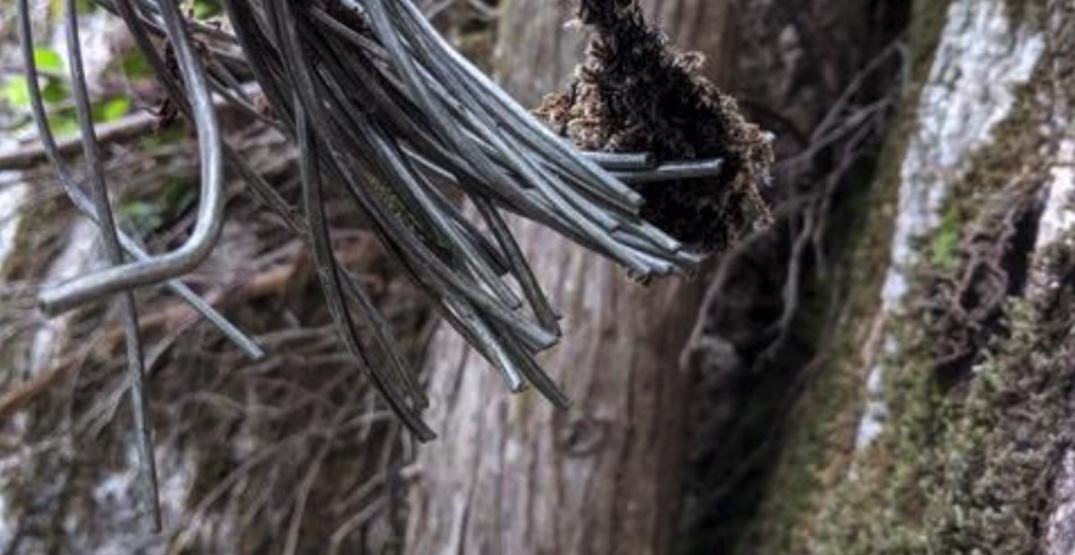 A new report published today by the investigators of BC’s safety systems regulator provides further insight on how the Sea to Sky Gondola was sabotaged last month.

Technical Safety BC’s report concludes that the gondola’s cable was cut from a tower maintenance platform, which are accessible by ladders that do not have barriers that restrict access. These towers can be accessed from a maintenance trail via a hiking trail. 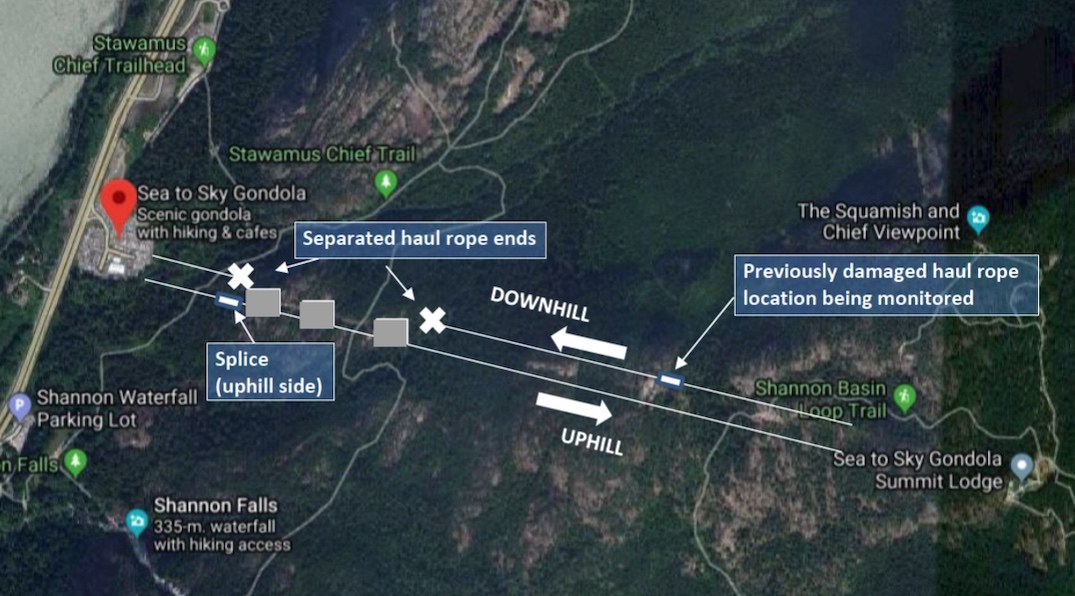 “Cutting the haul rope was an extremely dangerous act,” said Technical Safety BC’s Jeff Coleman, director of risk and safety knowledge, in a statement. “The resulting tension overload that caused many of the individual steel wires and the rope to snap while being cut could have resulted in serious injury or even death to those involved. Anyone close to the gondola when this occurred could have been seriously hurt or killed.”

The cable is 52 mm in diameter, with six steel wire ropes and a solid plastic core. All six ropes were partially cut, with some of the strands of five ropes thoroughly cut.

Following industry design standards, the cable was built with a significant amount of redundancy, as its minimum design factor was 4.83 ropes of the six ropes.

The minimum breaking load the original haul rope test certificate is 2126 kN. To put that in perspective, the standard thrust of each engine of a Boeing 747 aircraft is about 300 kN. 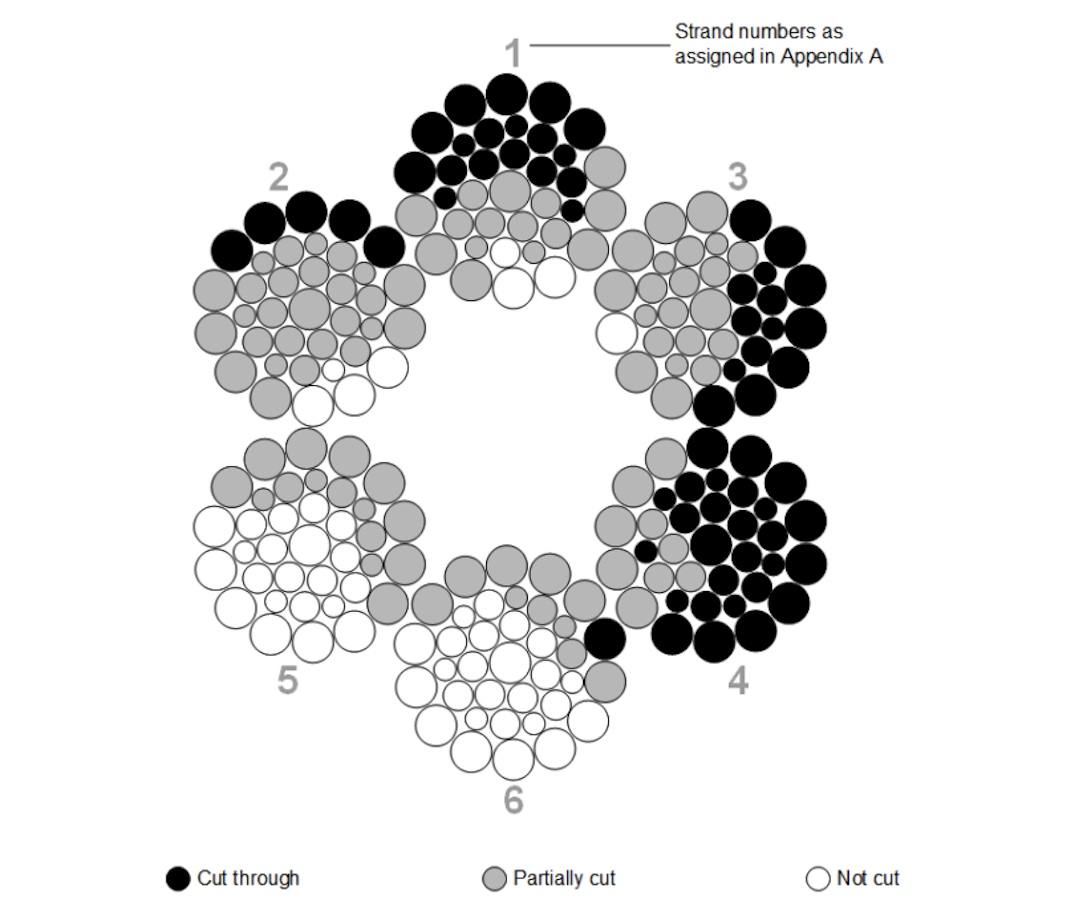 “[The] majority of the haul rope wires were substantially cut prior to complete failure of the wire rope,” reads the report, emphasizing that there was no evidence of the cable being defective, and the cable’s separation did not occur anywhere near the splice.

The total length of cable is 4,755 metres, with 31 gondola cabins attached. Approximately two-thirds of the cabins plummeted to the ground when the cable snapped, and the towers were also damaged from the force of the cable snap.

Further details of the technical findings in the report — including the likely tool used to cut the cable — have been redacted in order to not interfere with the ongoing RCMP investigation. 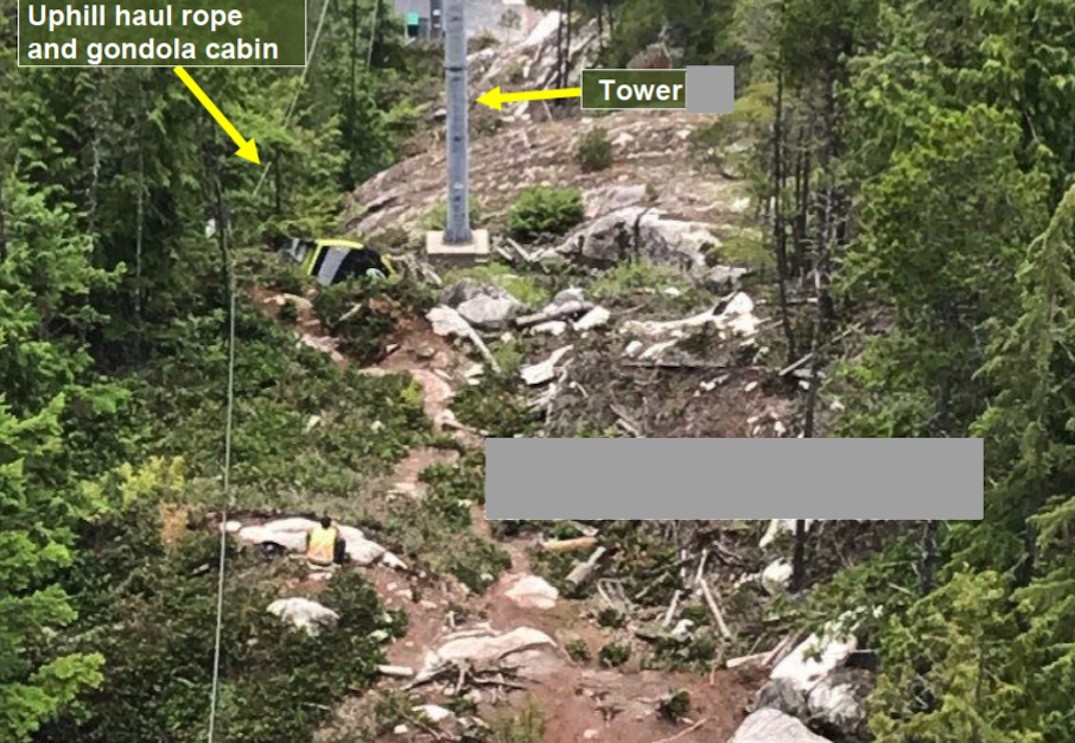 Police have not issued any updates on their investigation since August 23, when they confirmed the cable was deliberately cut. No suspects have been publicly named.

According to Technical Safety BC, overnight security personnel in the buildings at the top and bottom of the gondola each reported a loud noise during the early morning hours of Saturday, August 10.

Shortly after 5 am, security confirmed that the cabins located at the stations were on the ground, with damage to the cabins and stations. At the time of the collapse, the gondola was not in operation.

“Our expertise enabled us to provide impartial technical analysis and advice, and we are now working closely with the RCMP to support their investigation.”

Repairs are well underway, with all cabins recovered as of earlier this month. Gondola operators anticipate a new cable will arrive in October, followed by new cabins that replace all of the old cabins.

The gondola attraction is still slated for a reopening in early-spring 2020. 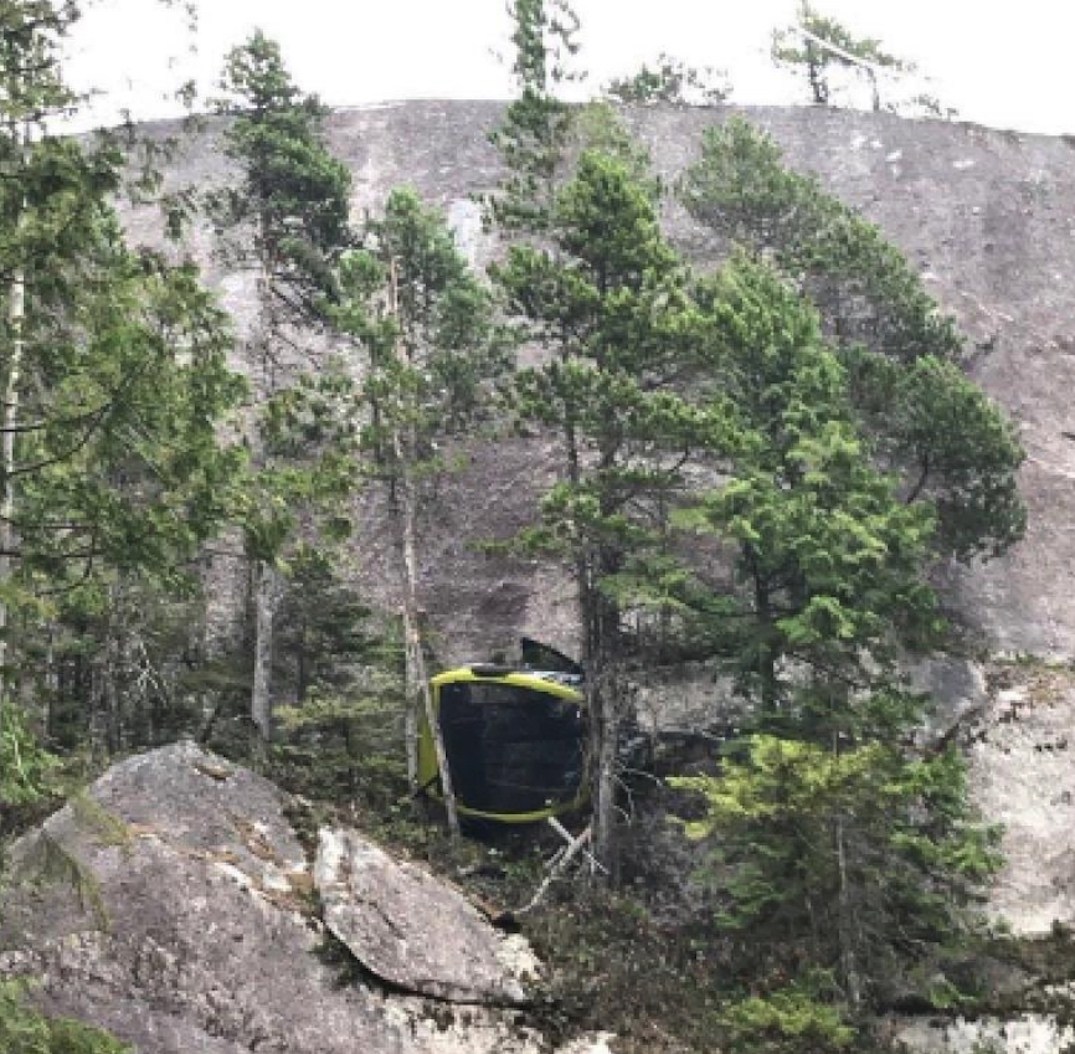 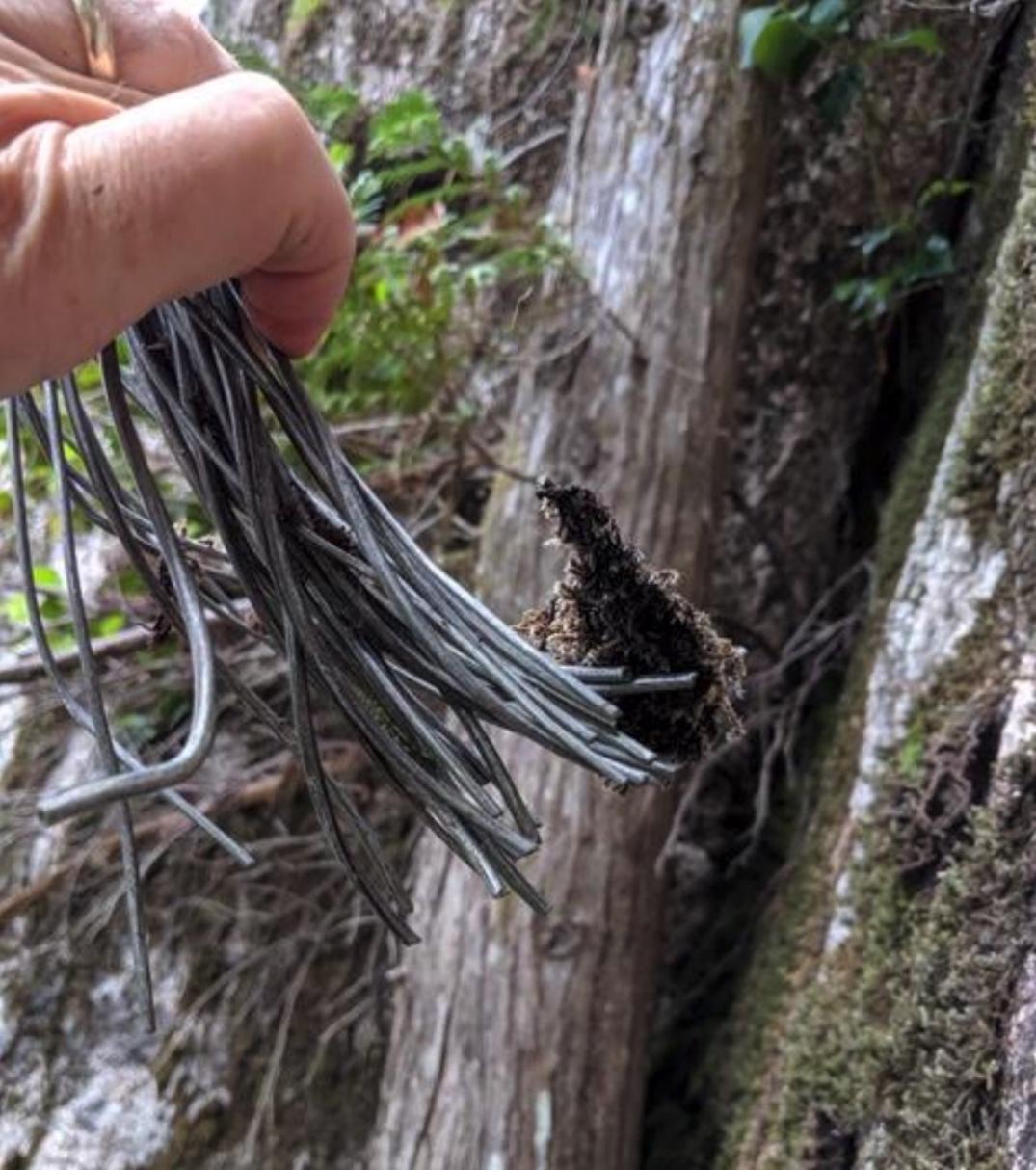