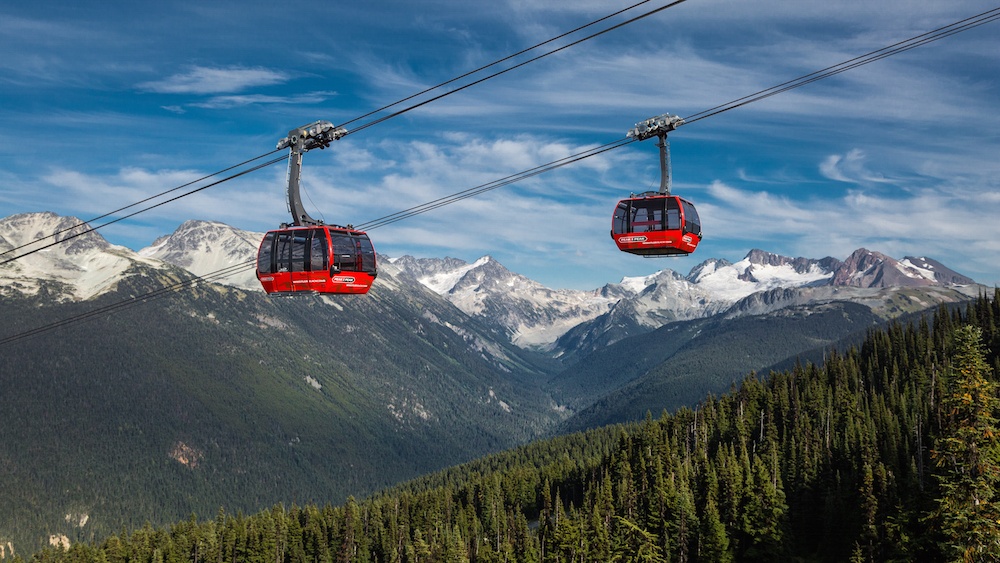 TransLink CEO Kevin Desmond has reaffirmed that the proposed gondola public transit line between SkyTrain’s Production Way-University Station and Simon Fraser University’s Burnaby Mountain campus will be a 3S tri-cable lift — a system with three cables, not a mono-cable system.

The question was brought forward during a press conference today on September service increases, and in the aftermath of the collapse of the single-cable Sea to Sky Gondola, which has been deemed by police investigators as an intentional act of vandalism by someone who cut the cable.

He highlighted that the proposed system will be more heavy-duty than the Squamish system, which had a failure that was unheard of in the world for a gondola.

“Notably, there is a difference between the way to Sea to Sky Gondola was designed and how it operates, and what we’re designing [for the SFU Gondola]. The Sea to Sky Gondola is one cable, and whoever did it was able to cut the one cable and everything came down,” said Desmond.

“We have a design, which is the type of design you see worldwide. It is basically three cables, with two to hold up the cars and one to move the cars forward, and to do it in a very high capacity way. There is a lot of redundancy.”

In contrast, the Sea to Sky Gondola’s cabins fit up to eight people each and travel about half the speed.

The Sea to Sky Gondola’s maximum capacity was 900 passengers per hour per direction (pphpd), while the proposed SFU Gondola will be between 3,000 and 4,000 pphpd — twice the peak hour capacity of the 99 B-Line.

“This allows for higher speeds, more stability in winds and more capacity than a single-cable gondola system. With the redundancy of three cables, it’s likely all cabins would stay on the line even if one rope fails. We’d also like to note that the Burnaby Mountain Gondola cabins can be removed from the line outside of operating hours or even during dangerous conditions, such as winds over 100 km/h, eliminating their chances of falling onto residences below.”

Desmond added the full findings from the ongoing investigation to the Sea to Sky Gondola incident will be applied by TransLink, and other operators and manufacturers locally and around the world.

While the public transit authority has a stated preference for the direct gondola route from Production Way-University Station, which provides a travel time of six minutes and the lowest construction and operating costs, Desmond notes that TransLink is studying other longer, more expensive route options — as directed by Burnaby city council earlier this year — that avoid residential areas.

It will be conducting technical work over the coming months, with an aim of performing public engagement within the City of Burnaby and the affected neighbourhood later this year and into early 2020.

Next year, TransLink will take its final recommendations to Simon Fraser University administration officials, the City of Burnaby, senior governments, and then to the Mayors’ Council for final approval.

The latest estimated construction cost for the shortest, direct, straight-route option is $197 million in 2020 dollars, which includes the acquisition of aerial property rights.

If federal funding is not secured, TransLink will push the project to after the current Mayors’ Council 10-year expansion plan and instead be considered with other transit investment priorities in Transport 2050. 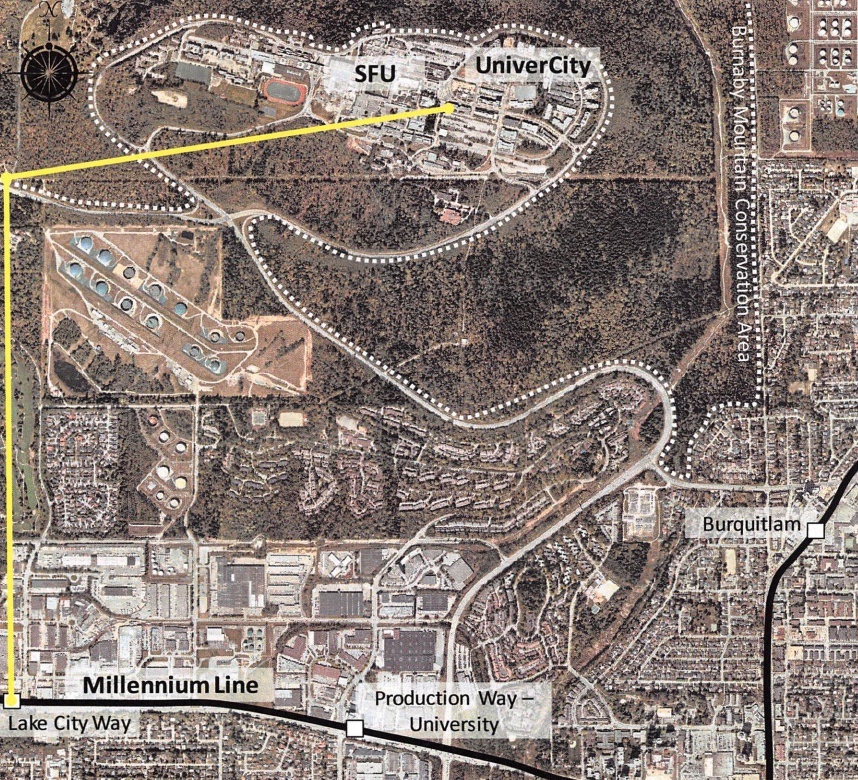 Route depicted for Option 3 for the SFU Burnaby Mountain gondola. (City of Burnaby)