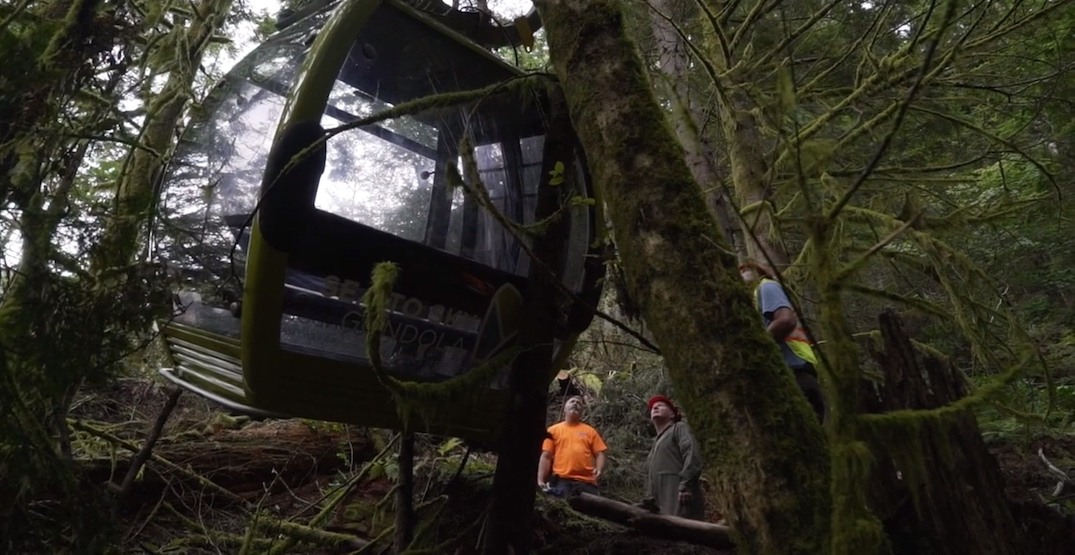 Crews recovering a fallen cabin of the Sea to Sky Gondola. (ES Media)

It has been just over a month since an act of vandalism caused the collapse of the Sea to Sky Gondola, and much progress has already been made on rehabilitating the popular attraction.

In an update this week, operators say all of the cabins and pieces of the damaged cable have been removed, with the use of crews from Rocky Mountain Lift Services, Austrian-based gondola manufacturer Doppelmayr, and Black Tusk Helicopters, which used its helicopters to remove the damaged gondolas that plummeted into areas that are difficult to access. 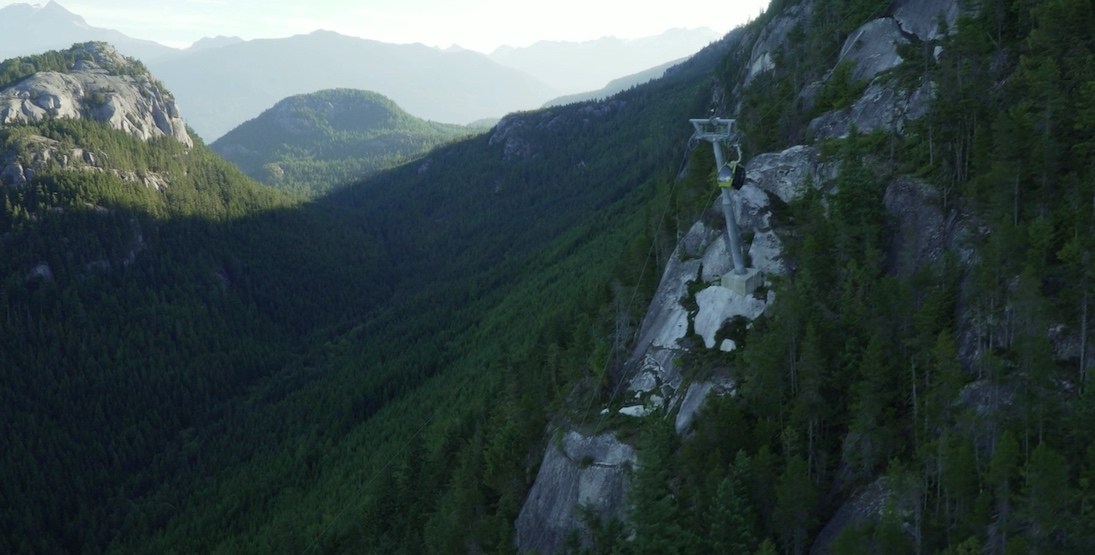 A new main cable from Europe is expected to arrive in October, and an entire new fleet of cabins that replace all of the existing cabins will be delivered at a later date. The gondola attraction is still slated for a reopening in early-spring 2020.

The area under the gondola is considered a construction zone and remains closed, and this includes the upper trails like the Sea to Summit.

However, the connector trail from the base of the gondola to Shannon Falls and the Chief has reopened.

At the base area of the gondola next to the Sea to Sky Highway, the basecamp cafe, guest services, and retail are now open daily.

The gondola collapsed during the early morning hours of Saturday, August 10, with police stating in their preliminary assessment that someone intentionally cut the cable, causing a catastrophic failure of the gondola line, sending approximately two-thirds of the 30 cabins to the ground.

On August 23, RCMP investigators officially confirmed that the line was cut in an intentional act of vandalism, dismissing any natural or mechanical possibilities that could have resulted in such an unusual failure.

Police have not provided an update to their investigation on who may have been responsible.