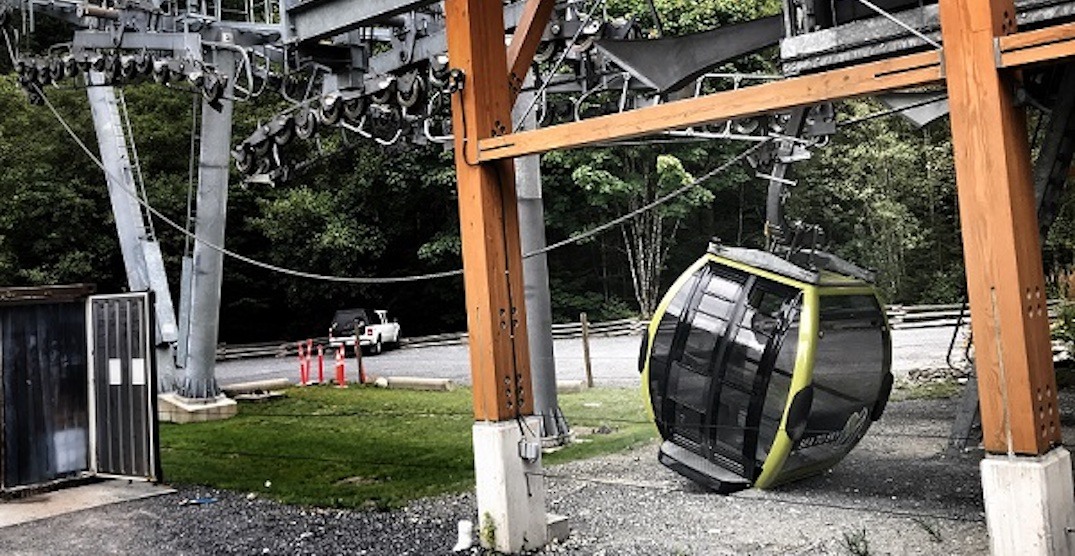 The Sea to Sky Gondola line collapsed, causing the cabins to drop to the ground, on August 10, 2019. (Squamish RCMP)

The RCMP have provided an update into the collapse of Squamish’s Sea to Sky Gondola.

On August 10, the popular attraction was closed due to a significant failure in the gondola’s cable system, resulting in the collapse of the line.

The incident occurred during the early morning hours of Saturday. Later that afternoon, the Squamish RCMP announced that the incident may have been an act of foul play.

Now, in a press statement, police confirmed that the gondola’s main cable was cut.

“The investigation to date has confirmed the preliminary assessment,” reads the release. “There are no other natural or mechanical reasons for the cable to have failed.”

Police say that to preserve the integrity of the investigation, no other details will be released.

According to an update provided by operators, the popular tourist attraction is hoping to reopen in spring 2020. An exact date, however, is still being determined.

“The orders have been placed and we are currently estimating that we will be reopening early next spring,” reads an update on the website Friday. “This is longer than any of us had hoped but we have to live with the reality of the situation and move forward responsibly.”

The opening date is dependent on when operators will be able to get a replacement cable and new cabins, all of which will be coming from Europe.

The gondola intends to reopen with a new haul rope and a line of 30 cabins.

“While some of our current cabins appear to be undamaged, we want your confidence in us to be as strong as it was before so complete replacement is our way of holding true to the trust you have placed in us,” operators said in an email sent to passholders.