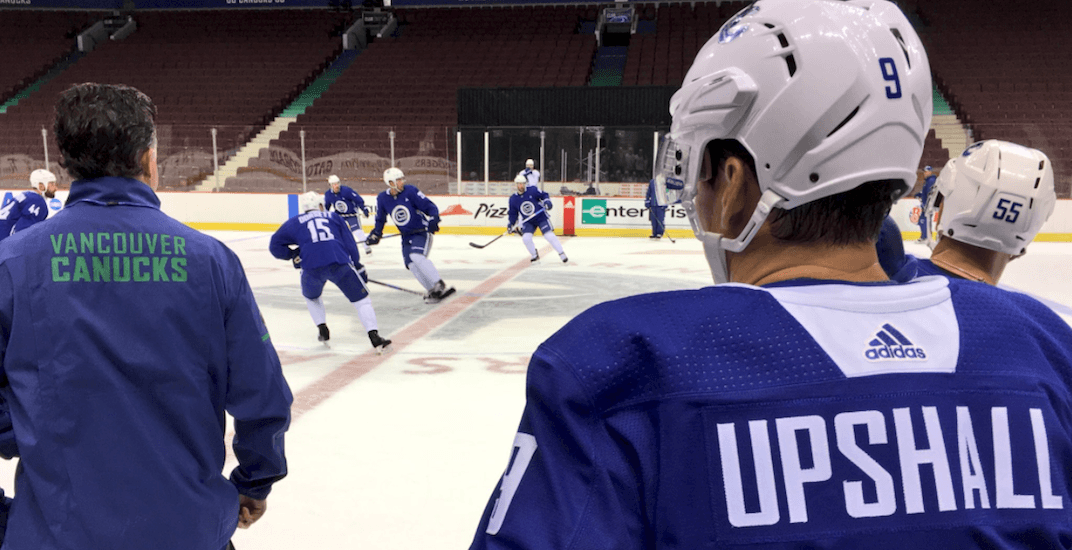 Scottie Upshall, we hardly knew you.

The PTO invitee was supposed to line up with Brandon Sutter and Derek Dorsett for the Canucks preseason game against the Flames on Thursday, but was a late scratch. The reason? He’s earned a contract, but not with the Canucks.

Upshall, who has been trying to earn a spot on the Canucks’ opening night roster, has left town.

Hearing Scottie Upshall is on his way to St. Louis. Expected to sign a contract with the #Blues. #Canucks

In an unusual turn of events, Upshall is expected to sign a one-year, $800,000 contract with the St. Louis Blues, the team he played with for the past two seasons.

The Blues have a rash of injuries, causing them to look elsewhere for players. That made Upshall, who by all accounts had a decent year in St. Louis last season, more attractive.

Upshall, 33, had 18 points (10-8-18) in 73 games with the Blues last season. We won’t know how close he was to earning a spot in Travis Green’s lineup, given the sheer amount of players still remaining in training camp.

Players like Jake Virtanen and Darren Archibald, who both scored on Thursday, are each making a serious push for a roster spot.

With just one game left in preseason, expect a flurry of cuts to come in the next few days. Nikolay Goldobin, according to his agent Igor Larionov, will be one of them.