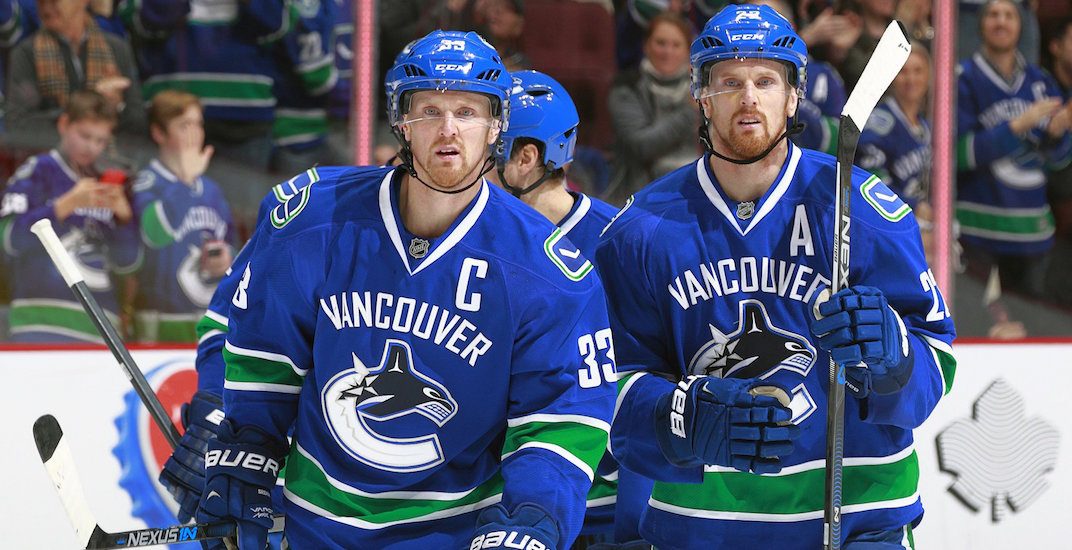 Henrik and Daniel Sedin got to enjoy their birthday on Tuesday, as the Canucks gave their players a day off from practice.

It’s a well earned break for the Sedins, who turned 37 years old, and have had the most successful careers in franchise history. When they lace up their skates on opening night, it could be the beginning of their final season in the NHL.

The twins are unsigned for next season and their future is up in the air. They say they don’t want to play anywhere else, so it’s Canucks or bust for the pair.

Will they return for another season? It could depend on how they perform at their advanced age. You don’t get the sense these two potential Hall of Famers would return to play on a fourth line.

“You start realizing that your time is coming to an end, eventually,” Daniel said in an article published in the Players’ Tribune. “We’re going to take this year and appreciate everything about it, and never look too far ahead. Who knows, we might have a few more years left in us.”

But what can we reasonably expect from the Sedins this year given their birth dates?

The twins each took a step back last season, finishing with their lowest points-per-game clip since before the lockout-cancelled season in 2004-05. Henrik finished with just 51 points, while his brother had only 45.

Their Art Ross days are over, surely, but can they get back to even 60 points next season?

Daniel had 61 two years ago, while Henrik had 55 in an injury-plagued year.

In the 47-year history of the team, just one player – Mark Messier – has scored more than 50 points in a season after hitting age 37. Messier, Canucks fans will be unhappy to hear, scored 60 points as a 37-year-old in his first season in Vancouver back in 1997-98. He followed that up with 48 and 54 points, respectively, in his last two years with the Canucks.

But Messier is most certainly the anomaly here.

Other notable players in Canucks history failed to do much of anything past their 37th birthday. Trevor Linden was a fourth liner at 37, while Pavel Bure, Markus Naslund, and Stan Smyl were all retired. Roberto Luongo played well last year at age 37 with the Florida Panthers, but in a different position, and his numbers certainly took a dip.

Not many players are able to play at the Sedins’ age, never mind excel.

Mats Sundin was 38 by the time he finished his only season with the Canucks. He had 28 points in 41 games.

Henrik Zetterberg was the oldest player in the NHL to eclipse 60 points last year, and he was 36. Radim Vrbata had 55 points as a 35-year-old.

Joe Thornton and Patrick Marleau were the highest scoring players in the 37+ category last season, notching 50 and 46 points respectively.

With a number of older players ahead of them retiring or still waiting for a contract, the Sedins are now the 13th and 14th oldest players currently signed to NHL teams. Of the players older than them, only Zdeno Chara, Joe Thornton, Patrick Marleau, and Luongo will be counted on by their teams as much as the Canucks will count on the Sedins.

This could be the year that Bo Horvat takes on the No. 1 line centre duties, but we’ll see. The Sedins are proud players and will want to have a bounce-back year.

So keep an eye on the Sedins this year, in what may be their last season. Every goal, every assist, every amazing act of Sedinery, will be extra special from these two Canucks legends.