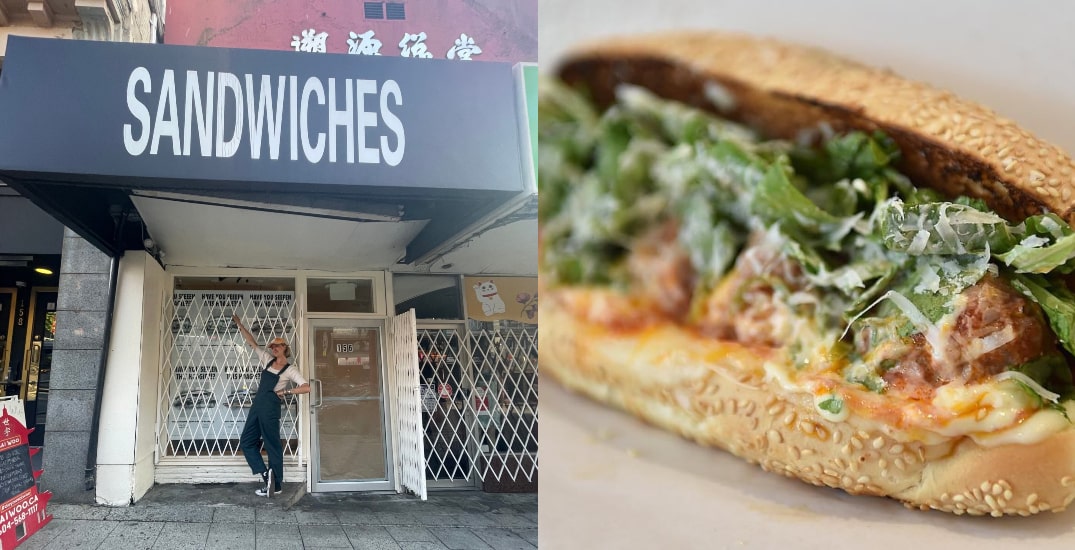 A popular local Chinatown sandwich spot is getting a new lease on life thanks to fans and foodies supporting its online fundraiser.

The fundraiser is staying active until February 18, with all funds raised being used for general upgrades to their space at 156 East Pender Street and completing the recently refurbished kitchen.

A variety of perks are still available, including limited edition totes and T-shirts, a picnic pack for four, and a sandwich a day for a whole year.

The cafe is preparing for a target reopening date of February 28, and Zimmerman told Daily Hive they couldn’t have done it without the community’s support.

“You know, I don’t think Lina or myself really had any idea of how well it would actually go, but wow,” Zimmerman said in an interview. “The love and support that has poured in have filled our hearts. It’s incredible to see and feel how many people support this little sandwich shop. We are so grateful.”

Zimmerman opened Say Hey in 2017 and served a delicious array of sandwiches that gained them a cult following, including mouthwatering meatball hoagies.

Say Hey was forced to close at the start of the pandemic — “Times got hard and quick” — but a longtime friendship with Caschetto allowed Zimmerman to keep the cafe and deli dream alive. 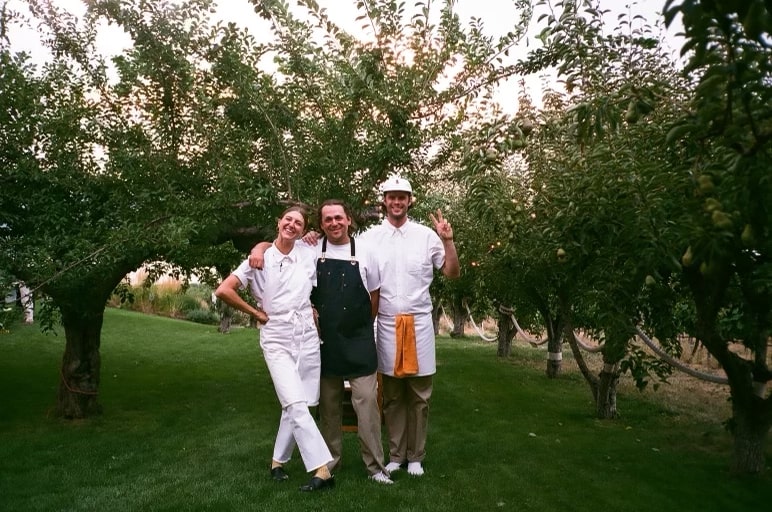 “Lina and I had actually considered doing this together seven or so years ago when Say Hey was just a lunch/sandwich concept. We both really love sandwiches,” explained Zimmerman. “Ultimately, that was around the time that she decided to move to Paris so, sadly, it just wasn’t quite the right timing.

“Fast forward to when the pandemic brings Lina home. I had managed to hold onto the space in Chinatown all along; however, I was looking for a solution for my lease. I offered Lina the space as I thought that if she was going to stay in Vancouver that she would likely prefer opening her own concept over cooking for someone else. However, she countered my offer by saying, ‘Let’s reopen Say Hey.’” 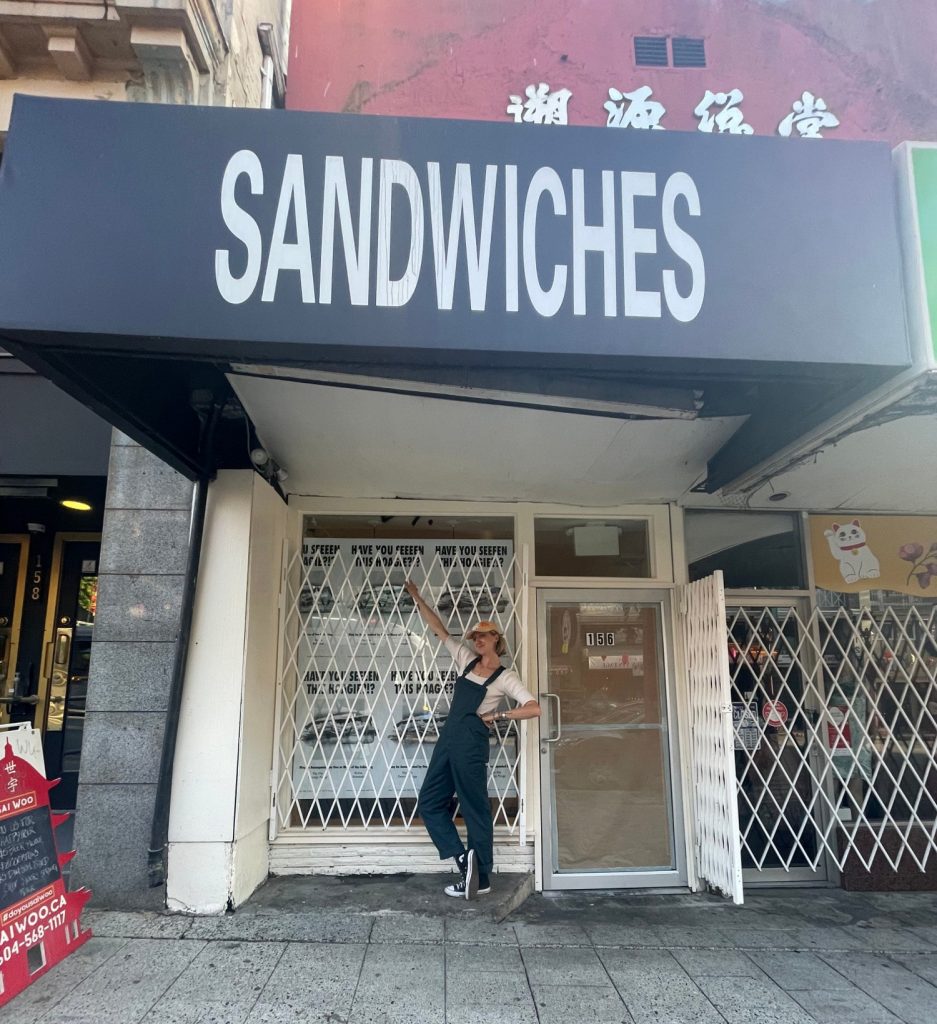 Caschetto is a chef with experience in unique international collaborations and pop-ups in France, Sweden, and further abroad. The new co-owner of Say Hey is excited for the culinary adventure close to home.

“I am really just so looking forward to stepping back into the culinary landscape of Vancouver,” Caschetto told Daily Hive. “Sandwiches are certainly not the only type of food that I like to cook, but I do truly have a huge passion for them and so I can’t wait to start with this concept and then build from there.

“Also, the café and the community it has the potential to foster are truly exciting. Zach and I are so passionate about creating an inviting space that is a place for people to come together. We have so many ideas for events and collaborations that we are really looking forward to sharing with everyone as soon as we are able to do so.”

Caschetto shared that while the fan-favourite meatball hoagie is staying on the menu, the rest of the menu and the approach Say Hey takes towards its sandwiches are getting a full makeover. 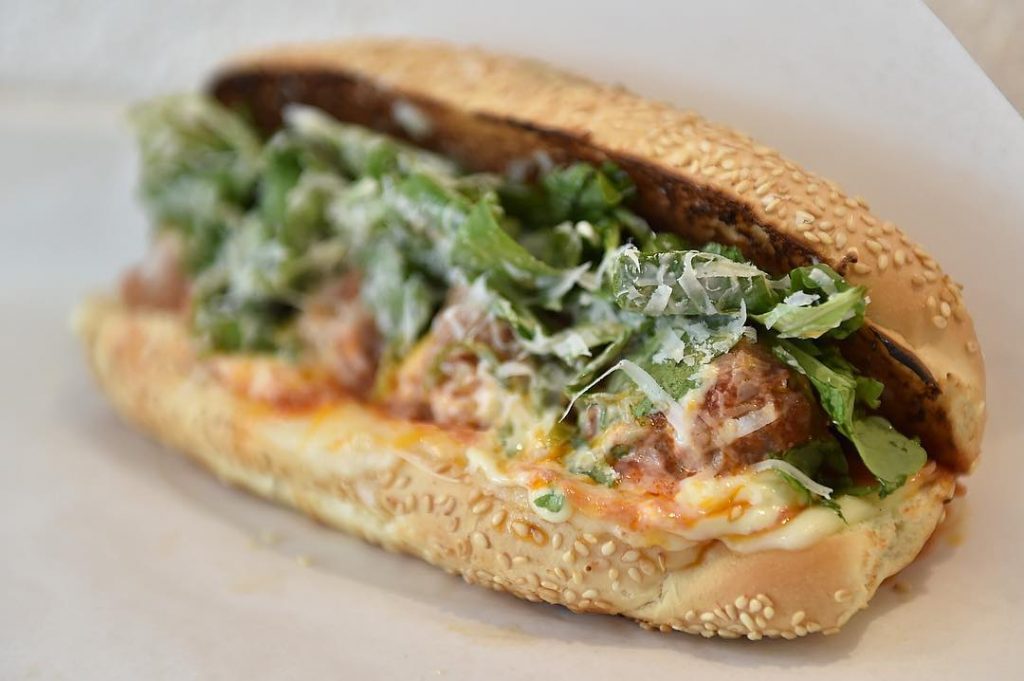 “There will be a whole lineup of new sandwiches available and a concerted shift towards offering amazing vegetarian sandwiches alongside the meat-forward ones,” said Caschetto. “Our signature 360 sesame hoagie bread is making a comeback, but this time around we will also be offering a smaller roll-sized bun for those who have only a ‘petit-faim’ or who would like to branch out and combo up their sandwich with a drink and a side.

“We have also installed a big deli fridge so that we can offer a larger selection of fun soups, sides, and salads as well as meats and cheeses. Guests who are looking for that kind of thing can purchase by weight.”

Say Hey will also be offering breakfast sandwiches and coffee every morning and a rotating selection of cookies, cakes, and other sweet treats throughout the day. Much of the menu will be made in-house

Zimmerman adds that he’s excited to reconnect with long-time fans of Say Hey as well as meet newcomers to the cafe and deli. 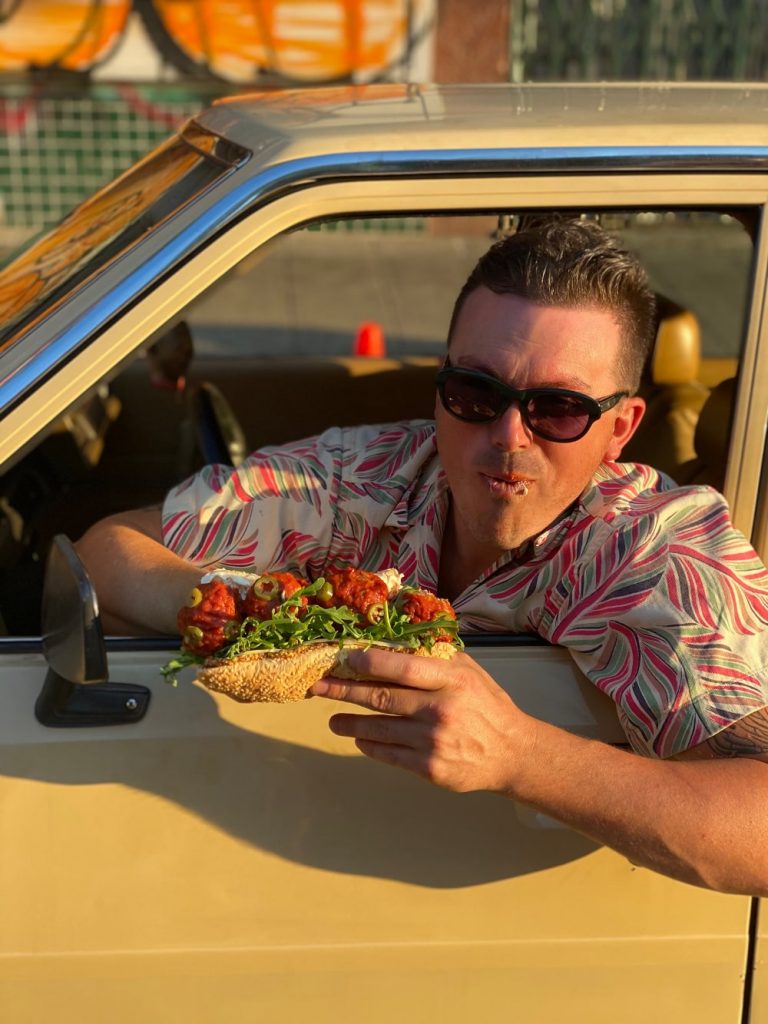 “There’s nothing like seeing people come together and enjoy the food you’re passionate about making. There is something truly special about a great sandwich; I don’t know what it is. It just makes people happy.”

Keep an eye on Say Hey’s Instagram and Facebook page for further details on the upcoming reopening.