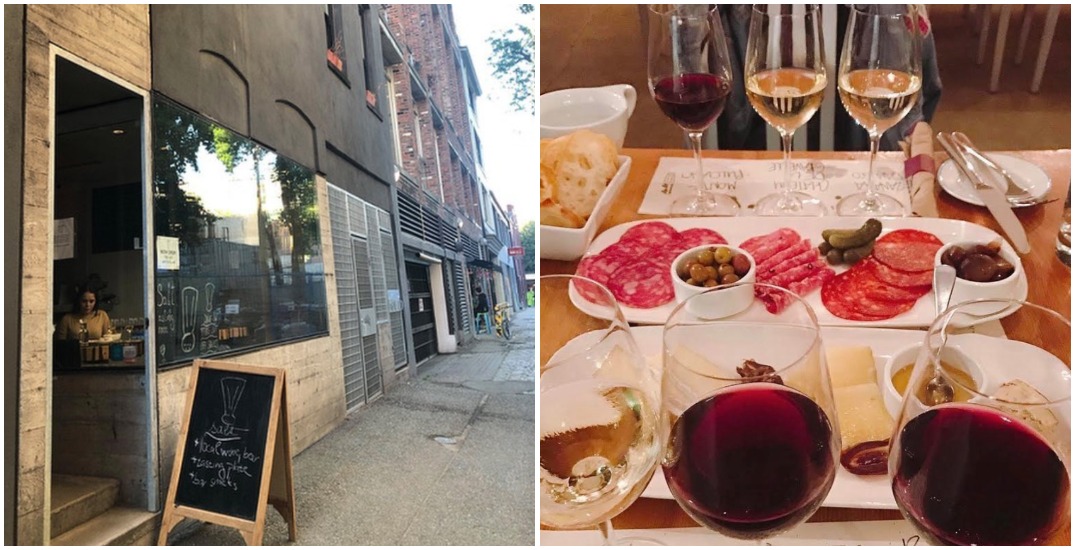 A Gastown mainstay for charcuterie and wine for the past 15 years is soon closing its doors and relocating, citing high rents.

Salt Tasting Room in Blood Alley announced on Tuesday that it was leaving the neighbourhood, with its last service in just a few short weeks.

But don’t fret cheese lovers: The joint will re-open in Chinatown in October, although the exact location has not been revealed.

Owner Seán Heather told Dished that the lease on the Gastown space is nearly up — and it will be moving further east, where they can get a better deal for restaurant space.  Salt Tasting Room will follow its sibling restaurant, The Irish Heather, in its neighbourhood relocation.

“The Heather family is very excited for the next chapter in Salt’s life,” Heather told Dished.

“[We] love having Irish Heather and Salt in one hood, and this time it is Chinatown instead of Gastown.”

In April, The Irish Heather closed down its Gastown location after 24 years, citing high rents.

Speaking to Daily Hive Urbanized after the announcement, Heather said his new space — which is further to the east within Strathcona — would be approximately $10,000 less per month than the location at 210 Carrall Street.

Specializing in wine and charcuterie flights, Salt struggled under COVID-19, being forced to pivot several times due to the shutdown of indoor dining.

During the pandemic the restaurant offered takeout charcuterie boxes (with adorable pizza box presentations), and slashed prices during an ingenious pay what you can and employee pricing “F*ck Corona” promotion.

During its “Operation Reboot,” the restaurant said on a message on its website that it was “fighting for the life of our business” but ensured guests it would be standing “when the dust settles.”

Salt Tasting Room will be open Wednesday to Saturdays until its final service on August 21 — so make sure to go down and say goodbye while you still can!