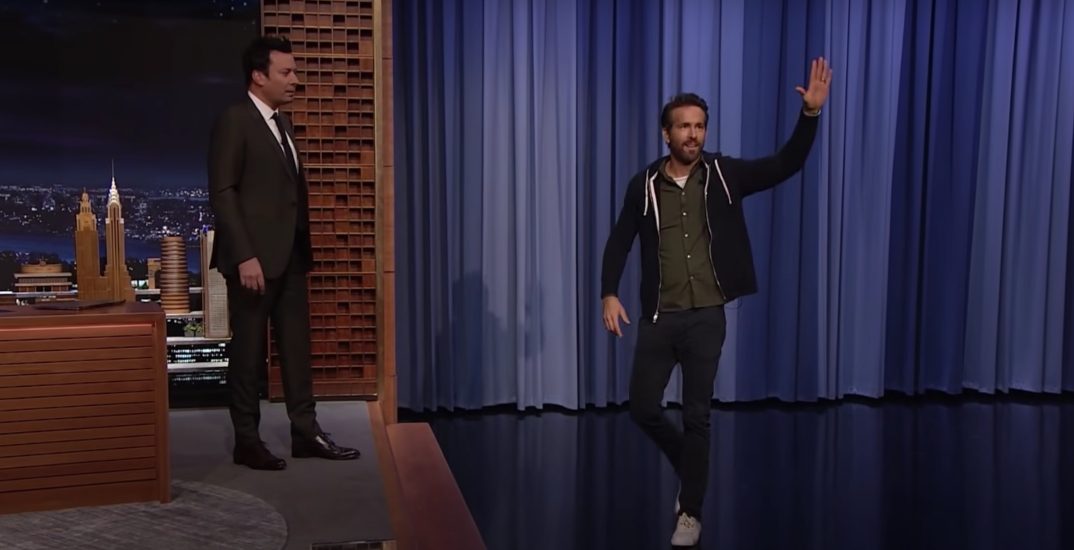 Audiences of Jimmy Kimmel Live and The Tonight Show Starring Jimmy Fallon got a surprise from a few Hollywood A-listers who opted to swap their respective late-night talk show appearances on Wednesday night.

Ryan Reynolds was supposed to appear on Kimmel’s show — which films in Hollywood and Will Ferrell was scheduled to make an appearance on Fallon — which shoots in New York City, but the two actors pulled a last-minute switch.

Reynolds, who lives in New York City, says it was easier to “help a friend out” and swap places considering Ferrell lives in Los Angeles.

Both actors made surprise appearances on each show, arriving in street clothes — specifically Ferrell, who showed up in Star Wars pyjama bottoms.

On The Tonight Show, Reynolds was jokingly very amendment about not plugging any of his movies and instead chose to pretend he was Ferrell, promoting his new series and praising Paul Rudd, the new “Sexiest Man Alive.”

On Kimmel, Ferrell stood in for Reynolds and even answered questions pretending to be the 45-year-old Vancouverite. When the host asked Ferrell about Reynold’s new Netflix movie Red Notice, Ferrell quipped, “I hadn’t seen a tick of it” before plugging its November 12 release date.

While posing as Reynolds, the 54-year-old actor commented on Kimmel asking about Canada’s September election. “What is a snap election? We don’t have that here,” asked the host.

“It’s s term that means ‘get it over super quick,'” replied Ferrell, “we couldn’t give a shit.”

Besides showing off his “ripped physique,” Ferrell — who’s promoting his Apple TV+ series The Shrink Next Door — also pretended to be married to Blake Lively.

In September, the duo also paired up for a TikTok challenge.