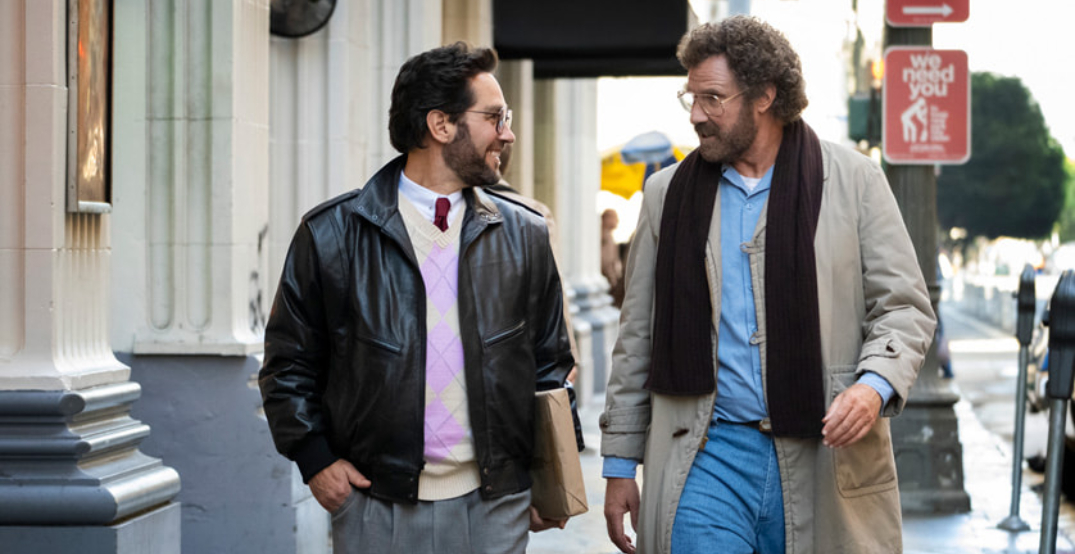 As the weather starts to get chillier, it might be wise to stock up on good new movies and shows to watch while you snuggle up on couch.

Apple TV+ is releasing a bunch of enticing series and movies across Canada in November.

The stars are hitting the screens, including the likes of Will Ferrell, Paul Rudd, Kathryn Hah, Tom Hanks, and more.

Here are all the exclusive series and movies coming to Apple TV+ subscribers across Canada in November:

The series follows a brilliant brain scientist Sewon who suffers a horrific personal tragedy when his family falls victim to a mysterious accident. Desperate to uncover what happened, he goes to extraordinary lengths to solve the tragic mystery by conducting “brain syncs” with the dead to access their memories for clues.

Starring Tom Hanks and Screen Actors Guild Award-winner Caleb Landry Jones, in Finch, a man, a robot and a dog form an unlikely family in a powerful and moving adventure of one man’s quest to ensure that his beloved canine companion will be cared for after he’s gone. Hanks stars as Finch, a robotics engineer and one of the few survivors of a cataclysmic solar event that has left the world a wasteland.

The Shrink Next Door (Global premiere)

Inspired by true events, The Shrink Next Door details the bizarre relationship between psychiatrist to the stars Dr. Isaac “Ike” Herschkopf (played by Rudd) and his longtime patient Martin “Marty” Markowitz (played by Ferrell). Over the course of their relationship, the all-too-charming Ike slowly inserts himself into Marty’s life, even moving into Marty’s Hamptons home and persuading Marty to name him president of the family business. The series explores how a seemingly normal doctor-patient dynamic morphs into an exploitative relationship filled with manipulation, power grabs, and dysfunction at its finest. The series also stars Kathryn Hahn as ‘Phyllis,’ Marty’s younger sister, and Casey Wilson as ‘Bonnie’ the wife of Dr. Herschkopf.

The Line is a new four-part, limited documentary series that examines the unprecedented 2018 case in which a US Navy SEAL platoon accused its chief, Eddie Gallagher, of war crimes

’Twas the Fight Before Christmas

Twas the Fight Before Christmas follows the story of a North Idaho neighborhood turned upside down by one man’s obsession with bringing Christmas cheer to all, through the biggest community Christmas event America has ever seen. Christmas-loving lawyer Jeremy Morris’ plan hits a snag when the home owners’ association informs him that the event violates the rules of the neighborhood.