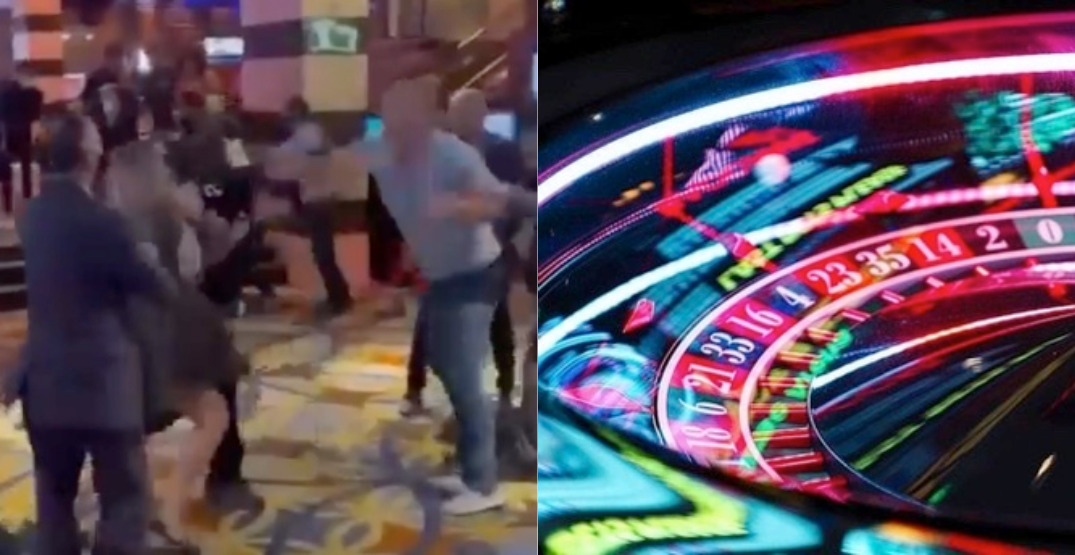 At least five people were involved in the fight, including what appears to be Grand Villa staff, based on a video circulating on social media.

The video begins with a large crowd in the middle of one of the casino’s central areas, surrounded by casino video game cabinets. Initially, two men get into an altercation while another man and woman try to pull them away from each other.

The video was initially shared with a private WhatsApp group but has since been shared via Twitter.

Another hotel employee can also be seen trying to deescalate the situation.

In a statement to Daily Hive, Burnaby RCMP said minor injuries were sustained in the skirmish.

“Burnaby RCMP received a report of a fight from security at the Grand Villa Casino on July 8, just before midnight. When police arrived, they found a man with minor injuries that required stitches,” said Cpl. Mike Kalanj.

“It appears the fight started between two groups of people inside the casino. Multiple people became involved, including some bystanders. The fight was broken up by casino security.”

Cpl. Kalanj also suggested that while most people have been cooperative in the investigation, a few people who were involved have not.

“Many of the parties involved have been identified, but several people were uncooperative with police as members began their investigation. It’s believed alcohol was a factor. Investigators are looking at security video from the casino as part of the investigation.”