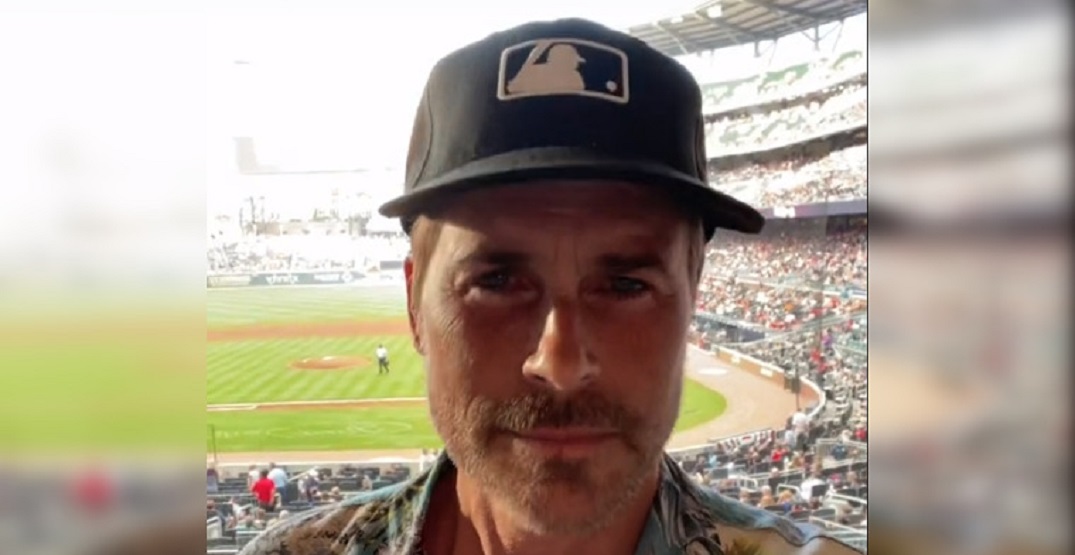 Don’t ask Rob Lowe who he’s cheering for at a sporting event.

At a recent San Francisco-Atlanta MLB matchup taking place at Georgia’s Triust Park, the 57-year-old actor did something many other fans would do — took out his phone to film a TikTok of the ballpark.

But it’s the hat he was wearing — and the message Lowe shared that made him stand out in his own unique way.

“Go baseball… go teams!” Lowe said from what appeared to be a private box, while wearing a black hat with an MLB logo, just like an umpire would wear.

It’s not the first time Lowe has pulled off the stunt. As you may have remembered, Lowe was infamously spotted wearing an NFL logo hat (like the referees wear) at the Green Bay-San Francisco NFC championship back in 2020.

Maybe Lowe’s got an affinity for Bay Area sports and is just too cool to wear team apparel. Maybe he’s just trolling.