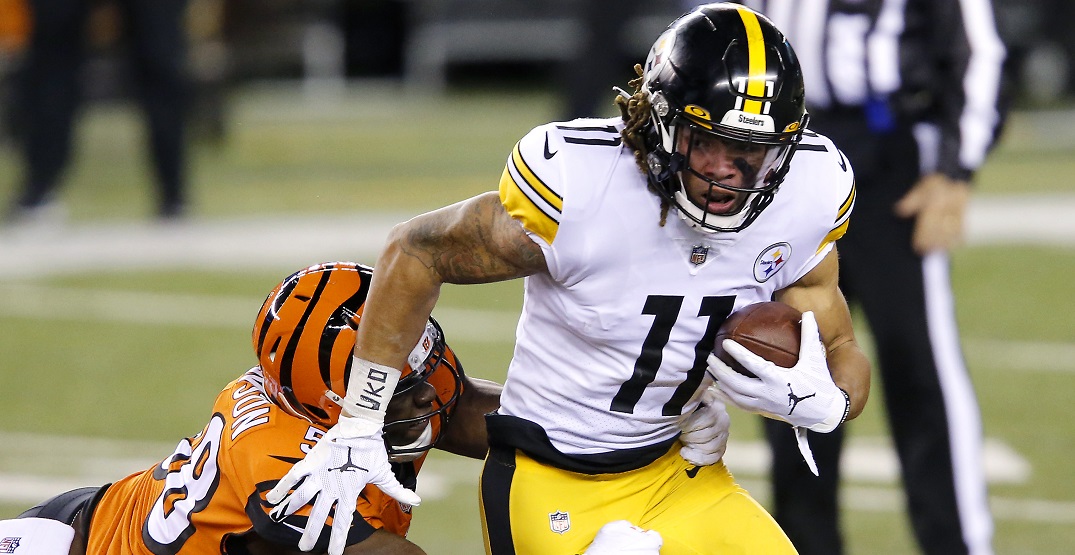 The National Football League season is creeping around the corner, with 24 Canadians attending NFL training camps this summer.

And while the NFL remains mostly dominated by domestic talent, their neighbours from the north have provided a few rather exciting names to watch.

Here are five Canadians worth keeping an eye on this upcoming NFL season, which kicks off on September 9:

Kansas City OL Laurent Duvernay-Tardif had arguably the most unique 2020 of, well, just about anyone in the world. Winning the Super Bowl in February, the Montreal native sat out the 2020 regular season to return to work at CHSLD Gertrude-Lafrance, a long-term care facility in Saint-Jean-sur-Richelieu, Quebec, amid the COVID-19 pandemic.

A graduate of McGill’s medical school, he won the Muhammad Ali Sports Humanitarian Award at the 2021 ESPYs and the 2020 Lou Marsh Trophy (split with Alphonso Davies) as Canada’s top athlete.

The highest-profile Canadian “skill position” player currently active in the NFL, Steelers receiver and Abbotsford, BC native Chase Claypool burst onto the scene last year as a 22-year-old rookie out of Notre Dame.

Claypool picked up four touchdowns (three receiving, one rushing) against rival Philadelphia Eagles in Week 5 last season, thrusting his name into the worldwide spotlight. He ended his first NFL season with 873 receiving yards and 11 total touchdowns.

With 1.6 million followers on TikTok, Claypool has shown that he’s got star talent on and off the field.

The son of former CFL and NFL DB John Holland, Jevon Holland was the first safety taken in this past year’s NFL Draft, being picked in the second round by Miami.

Born in Coquitlam, BC, Holland mostly grew up in California before attending the University of Oregon. Holland actually played just two years with the Oregon Ducks, opting to sit out last season to prepare for the NFL Draft like many other players chose to do in a pandemic-altered season.

Holland also returned punts regularly his second season with the Ducks and picked up nine interceptions over his two-year college career.

A highly-touted rookie out of Oklahoma State, running back Chuba Hubbard was picked in the fourth round of this past year’s NFL Draft by the Carolina Panthers.

Born in Edmonton and attending Bev Facey high school in Sherwood Park, Alberta, Hubbard has long been on the radar as one of Canada’s top talents after a four-year NCAA career.

Currently second on the team’s depth chart behind 2019 first-team All-Pro Christian McCaffery, Hubbard should see a significant number of carries this upcoming season as he looks to make an impact as one of the league’s most dynamic Canadians his first NFL season.

Defensive lineman and Ottawa native Neville Gallimore brings a bit of Canadian flair to what’s often referred to as “America’s Team.” The #1 ranked Canadian prospect for the 2020 draft; he was taken in the third round by the Dallas Cowboys.

Gallimore spent his four-year NCAA career with the Oklahoma Sooners, winning four Big 12 Conference titles and the 2017 Sugar Bowl in the process.

In his 2020 rookie season with Dallas, Gallimore had 28 tackles (four for a loss), 0.5 sacks, four quarterback hits, and one pass defended.