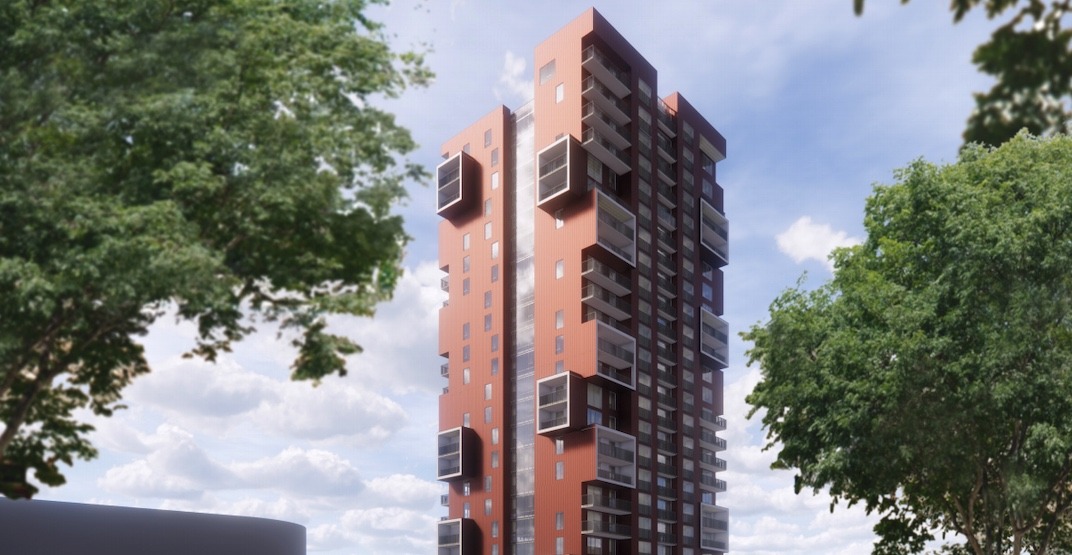 Another residential tower in Vancouver with Jenga-like inspired architectural qualities has been proposed for Vancouver — but unlike the others, this one is not in downtown.

A development application has been submitted to turn 3338 Sawmill Crescent — Parcel 13 of the company’s River District neighbourhood at the southeast corner of the city, on the East Fraserlands along the Fraser River — into a new residential complex with 337 homes. 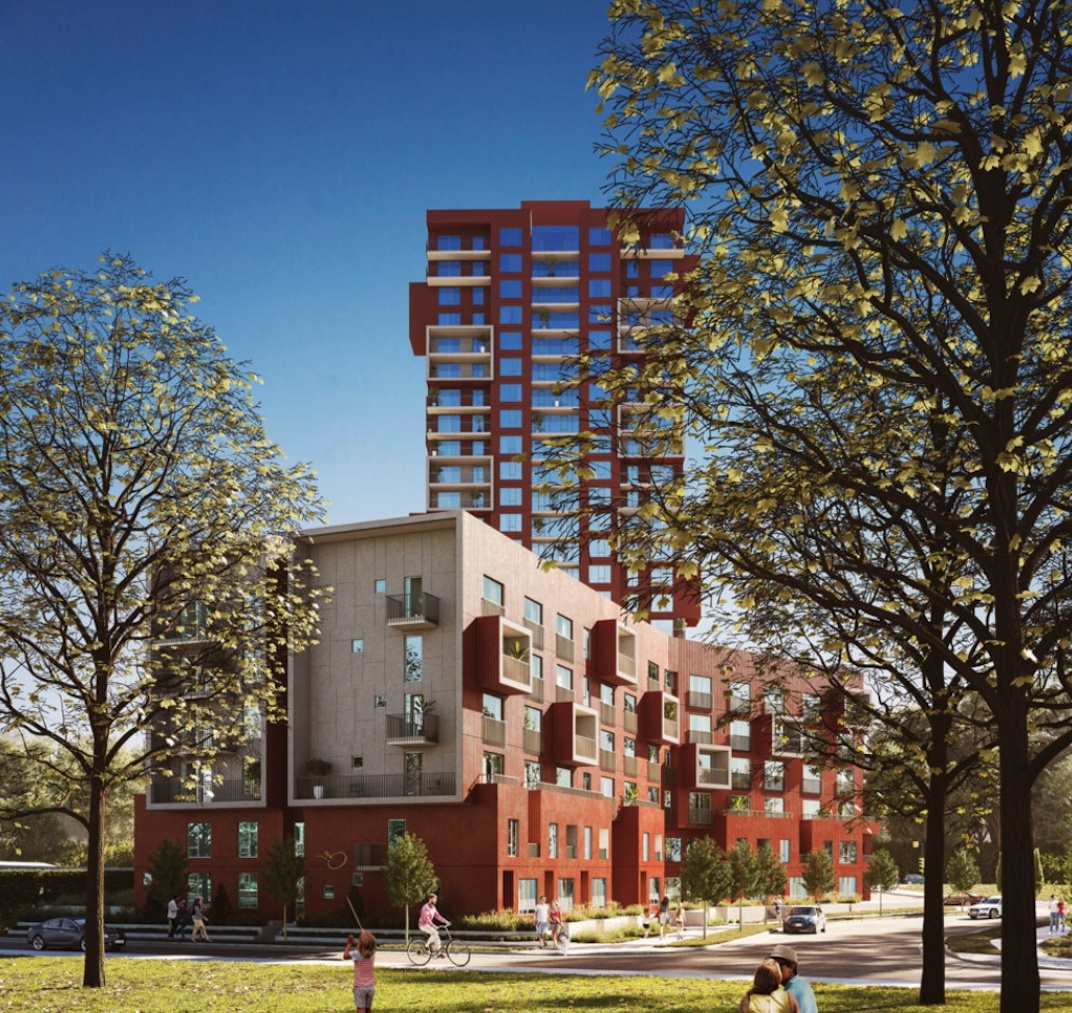 Both the tower and mid-rise building carry a similar architectural expression of a pattern of protruding boxes that break up the massing appearance, creating the unintended Jenga-like look. The structures are also cladded with square corrugated metal to represent the area’s industrial historical past as a sawmill.

“The tower massing is broken down into four elements with the purpose of minimizing its scale and generating a more vertical expression. Except for the first and uppermost floors, the tower has consistent layout which responds to the notion of an efficient and economically responsible design. A repetitive floor plate has a potential to result in a monotonous structure,” reads the design rationale by GBL Architects.

“To create variation within the repetition we took advantage of the corner balconies, grouping them into ‘hollow’ boxes and changing their orientation with an irregular staggered pattern throughout the building. They frame views in different directions creating variations within the same unit types. These boxes are designed as extensions of the building walls, becoming part of the building morphology and blurring the lines between interior and exterior spaces.” 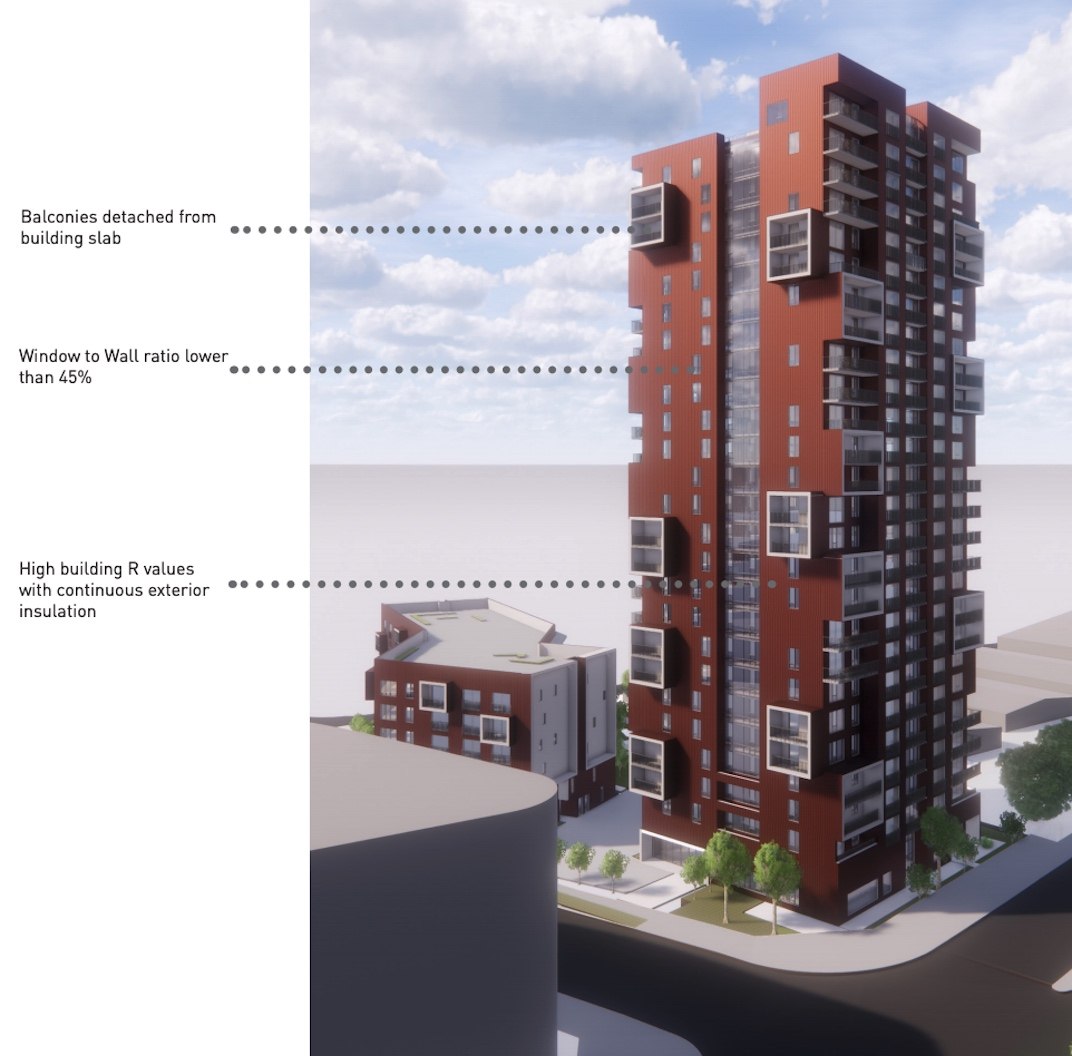 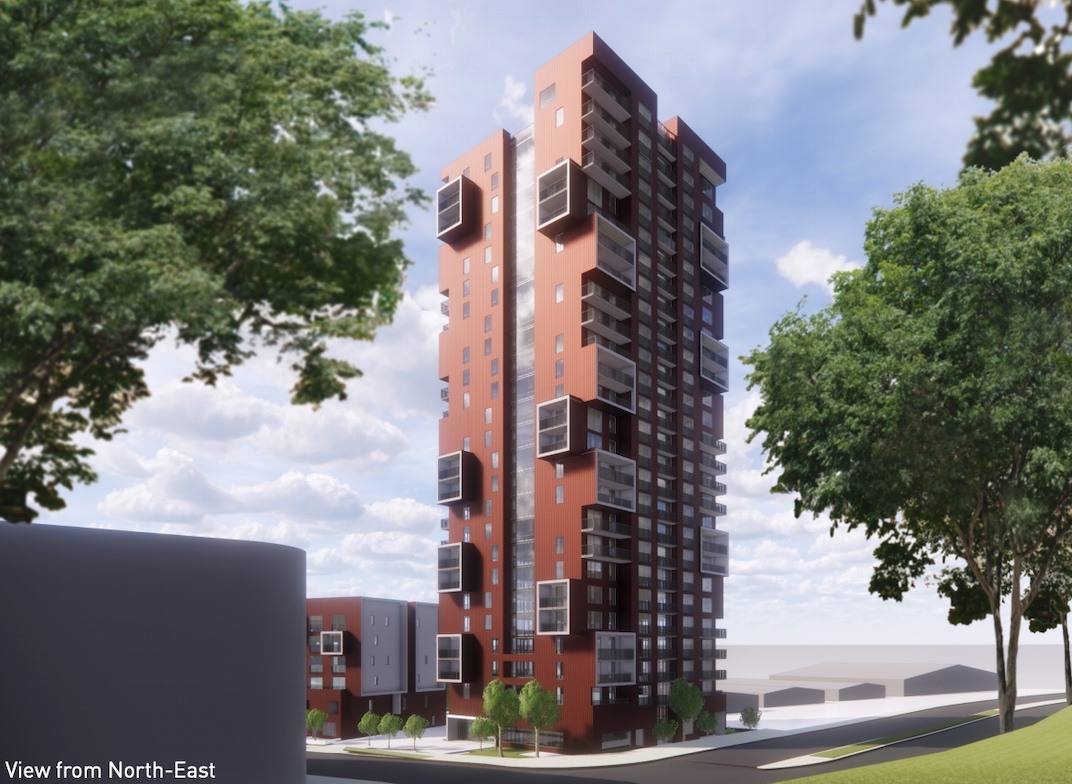 This design was recently approved by the municipal government’s Urban Design Panel. The property is owned by the City of Vancouver and is being developed in partnership between the Community Land Trust and the city’s Vancouver Affordable Housing Agency.

The proposed floor area for the 1.2-acre lot is 243,000 sq. ft., giving the project a floor space ratio density of five times the size of the property.

Two underground levels will contain 173 vehicle parking stalls. A design that meets Step 3 of the BC Energy Step Code is targeted. 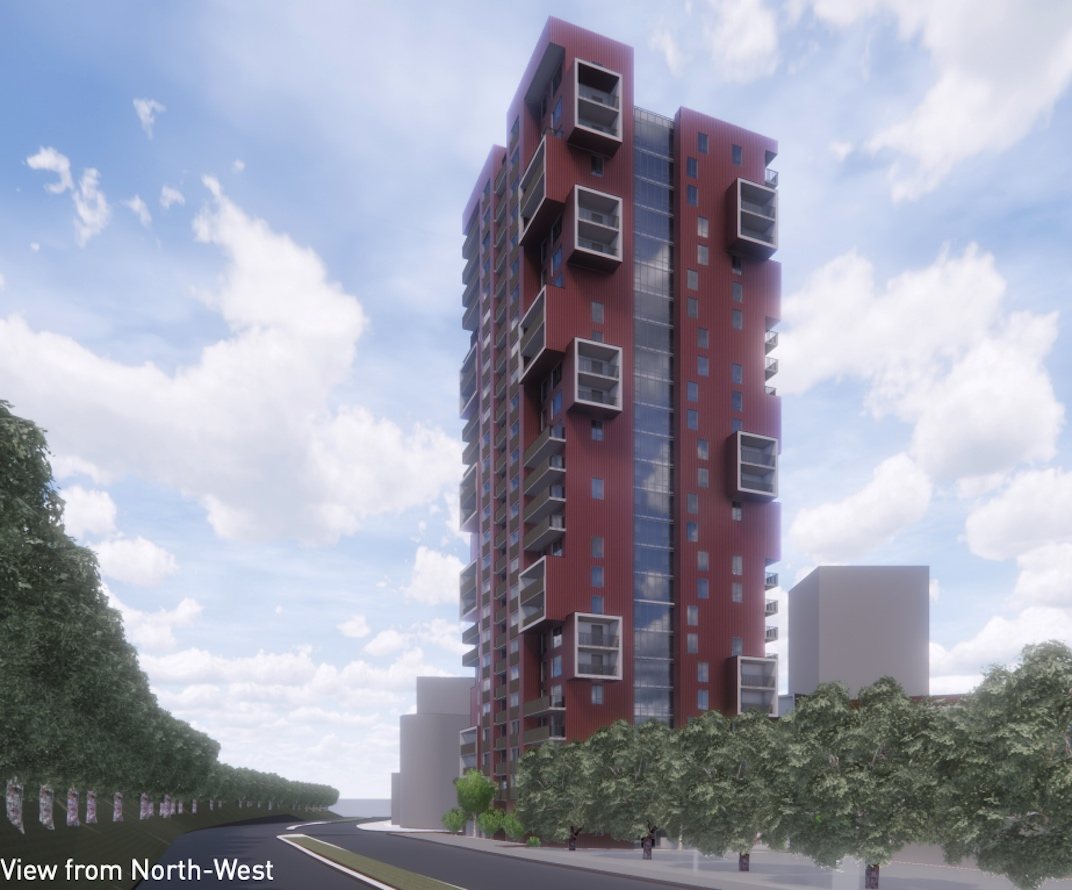 When fully complete, the 130-acre River District will entail over seven million sq. ft. of living space for up to 15,000 residents, as well as 250,000 sq. ft. of commercial space, 25 acres of green space, riverfront promenades, and new schools and community facilities.

Save-On-Foods recently opened in the neighbourhood as the largest anchor retail tenant to date.