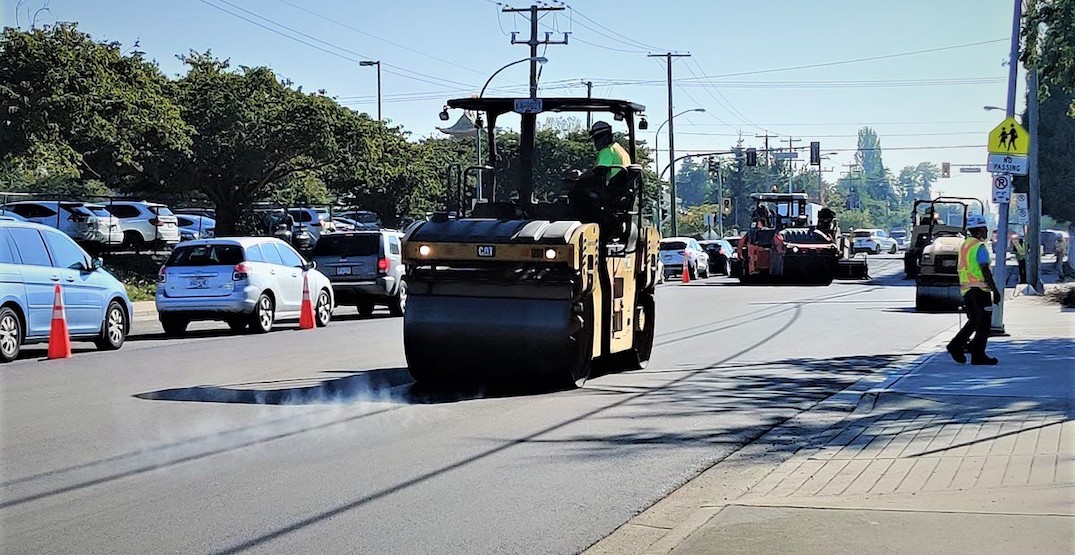 Even roads can now be recycled, and that is demonstrated by a new pilot project by the City of Richmond.

The municipal government announced today it has laid an 800-metre stretch of paving over four lanes of road along the 7000 block of No. 5 Road that is made up of 40% previously-used asphalt paving.

This is a big deal, as it is a 400% increase compared to existing standards; previously, only up to 10% of road paving used recycled material due to quality control challenges with higher percentages.

According to a release, the project was spearheaded by the National Zero Waste Council, with the municipal government working along side with Lafarge Canada.

It is also part of Richmond’s High Recycled Asphalt Pavement Project, which aims to repave 3.2 km of road in the area with this more sustainable method over the coming years.

“Road construction and maintenance is an important and necessary reality of municipal operations and it’s not an area that has seen great strides in environmental improvements,” said Malcolm Brodie, the mayor of Richmond and chair of the National Zero Waste Council, in a statement.

“Guided by the City’s zero waste commitments and our drive to be a change leader, the City of Richmond is paving the way – literally – for a sustainable future in road construction.”

The partners involved in the project will evaluate and monitor the initial section of repaved road each year, and if the results are positive, this could lead to the development of a new more sustainable common practice of road paving.

Positive results will lead to an increase in confidence from local asphalt producers, customers, and other municipal governments to produce or buy asphalt paving mix with higher levels of recycled materials. The city says several other municipalities have already reached out to learn more about the project.