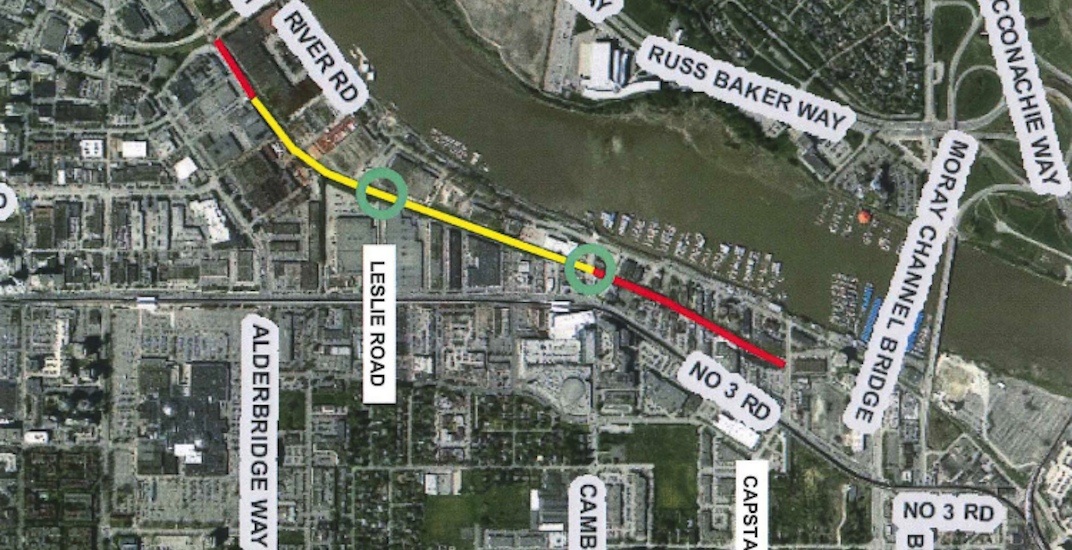 Route of the new River Parkway route in North Richmond. (City of Richmond)

There will soon be a new north-south major arterial roadway within the northwest quadrant of Richmond, within Richmond City Centre, that roughly parallels No. 3 Road and River Road.

The City of Richmond says construction of River Parkway – a 1.5-km-long, four-lane road between the south end of the Dinsmore Bridge and Capstan Way – will begin later this fall. It will run along along the exact same path of the former Canadian Pacific railway corridor.

Over a decade-and-a-half ago, this railway corridor was considered for the route of the Canada Line.

A middle section of the route will have a narrower temporary two-lane road design with paved pedestrian paths and crosswalks, a traffic signal at Leslie Road, and new streetlights.

The ultimate standard of a four-lane roadway with a centre median, curb and gutter, treed boulevard, off-street bike paths, and sidewalks will be fully achieved through the future redevelopment of abutting industrial properties into residential and commercial buildings. 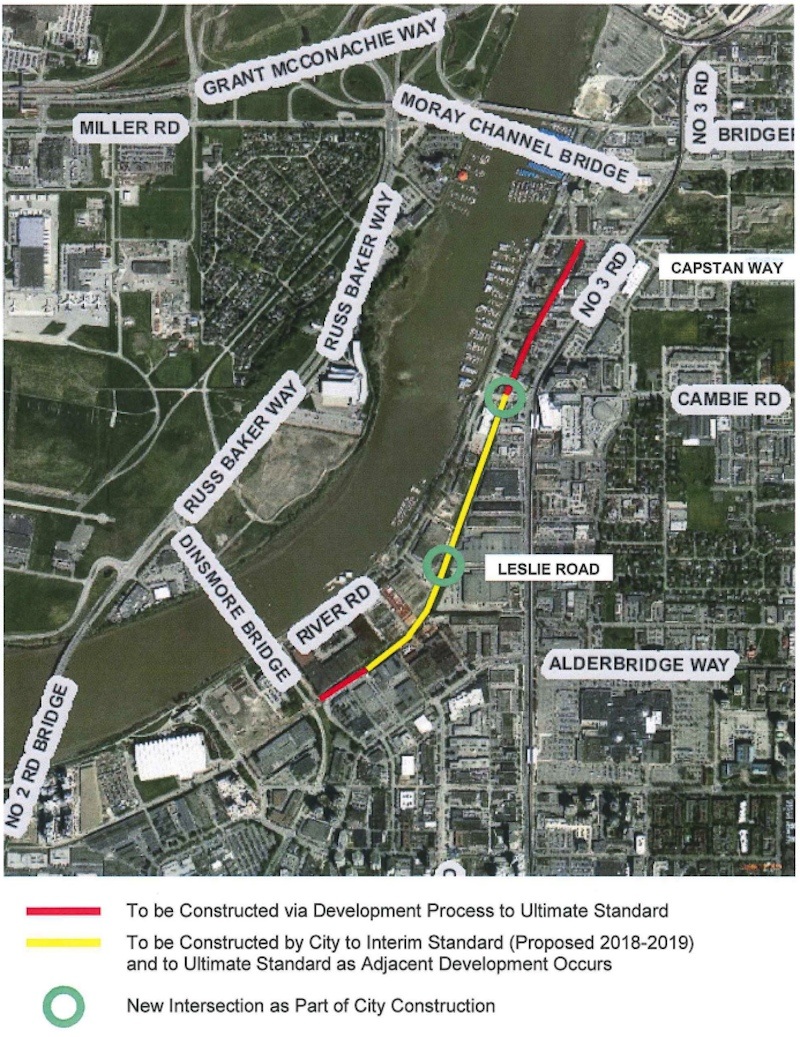 Route of the new River Parkway route in North Richmond. (City of Richmond) 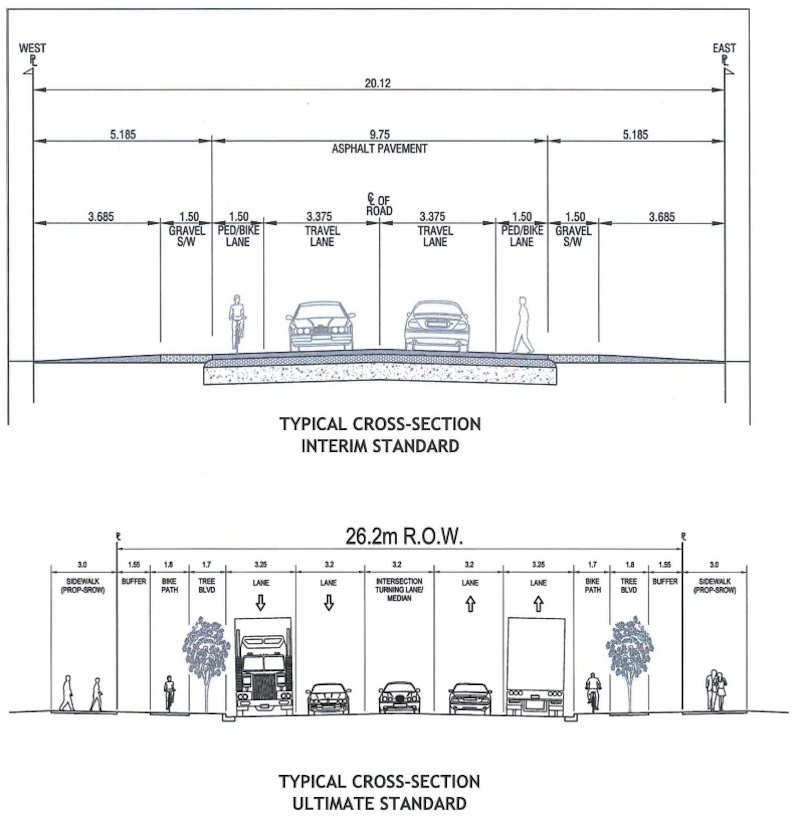 Diagrams showing the temporary and permanent designs of the new River Parkway route in North Richmond. (City of Richmond)

“The opening of River Parkway will provide a huge improvement to traffic flow throughout north Richmond,” said Mayor Malcolm Brodie. “It will provide a great new option for motorists, cyclists and pedestrians travelling to and through the City Centre.”

The project is expected to cost $13.2 million, with TransLink providing $2.55 million for cycling and pedestrian elements and the City of Richmond covering the balance.

Construction is anticipated to reach completion in early-2020.

“TransLink is proud to support such an important project in the city of Richmond,” said TransLink CEO Kevin Desmond. “Our mandate is to make it easier for people to get around the region regardless of how they travel. The River Parkway project will build some great new walking and cycling connections, and help people to connect to Canada Line.”

Future plans may also include a pedestrian-only bridge over the Middle Arm between the new park and Vancouver International Airport.