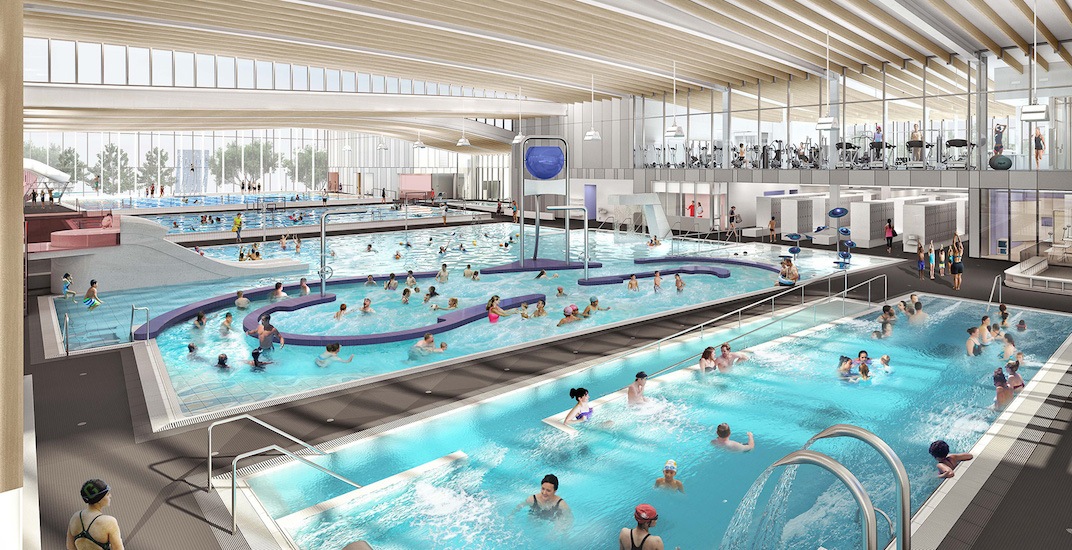 The City of Richmond has announced an opening date for its largest new recreational facility since the construction of the Richmond Olympic Oval a decade ago.

Minoru Centre for Active Living at 7191 Granville Avenue — just southwest of CF Richmond Centre shopping mall — is slated to open to the public on Monday, March 11. An official grand opening celebration event will follow in early-April.

The leisure pool will have a significant functional public art piece: A whimsical white cloud dubbed the “Errant Rain Cloud” by local artists Germaine Koh and Gordon Hicks will hang above this playing pool and mimic the natural atmospheric rain cycle by periodically producing a gentle rainfall.

As well, a large change room area features a mix of gender-specific and universal change areas — similar to the new UBC Aquatic Centre.

Other facilities include a two-level seniors’ centre with a lounge, full-service cafe, and a range of activity rooms, such as an arts studio, woodworking shop, and billiards/games room. This new seniors’ centre doubles the program space of the existing Minoru Place Activity Centre, which will serve the fastest growing segment of Richmond’s population.

Support spaces within the new facility include a full-service cafeteria and bistro, commercial kitchen, and three new outdoor public plazas suitable for events.

To support the activity that occurs outside on the recently renovated sports fields within Minoru Park, the facility includes eight team rooms for sport field users, which would benefit tournaments and events held at the park. 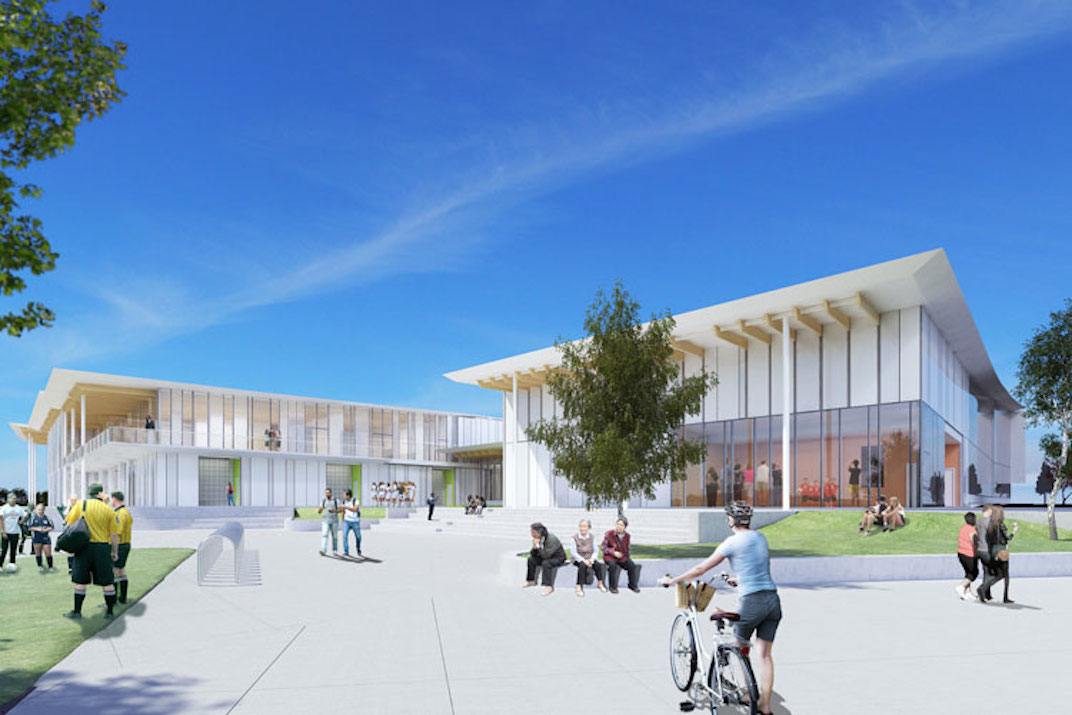 “This spectacular facility will provide a major expansion of seniors services, aquatics and other sport and recreation services for our community,” said Mayor Malcolm Brodie in a statement.

“With its outstanding array of services, iconic design and prominent location in the heart of Richmond, the Minoru Centre for Active Living will quickly become one of the jewels of our community.”

The new facility cost about $80 million and its opening was originally scheduled for fall 2018, but it was pushed back due to construction delays.