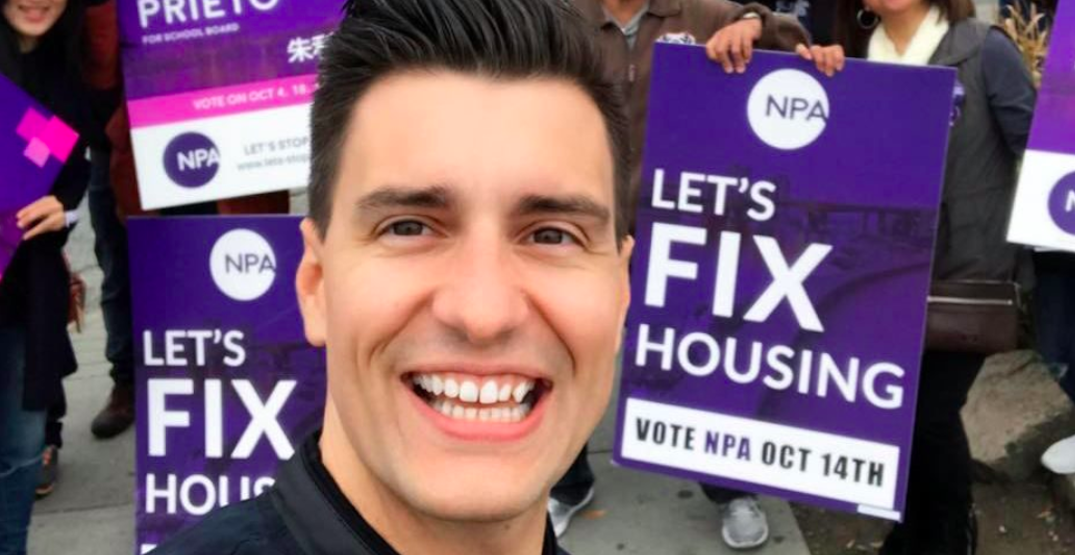 Mayoral-hopeful Hector Bremner says that he is looking to start a new municipal political party.

This comes after Bremner’s bid for a mayoral nomination was rejected by the NPA party board in early May.

Bremner made the announcement on Twitter saying that he “had a great meeting last week to discuss next steps with a wide group of supporters.”

“We all agreed that our #LetsFixHousing movement cannot be stopped. We have been getting more calls of support than ever before,” wrote Bremner on Twitter.

“We are currently looking into what would be required to create a new municipal political party.”

Bremner also listed a number of “key principles” that the party would be founded on, including “an open, democratic membership-based nomination process for candidate selection, for all positions” and “a professional, uncorrupted candidate approval process.”

“We are also looking at other measures to make our new party inclusive and welcoming, including inviting all disenfranchised NPA members to have free membership in the new party,” said Bremner.

The mayoral hopeful says that he will make a final decision regarding a new party in the coming weeks.