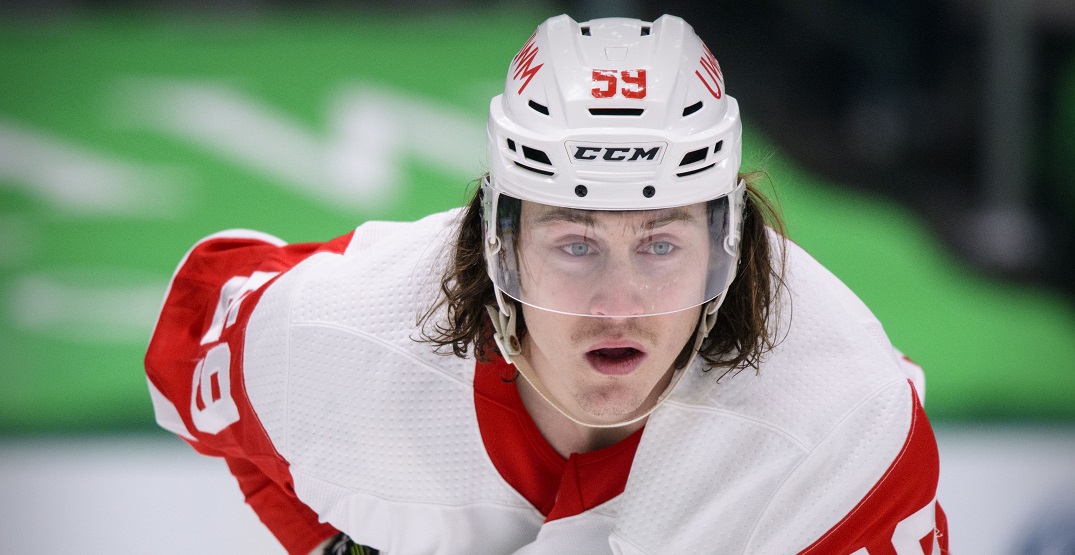 The Detroit Red Wings are set to play nine times in Canada this season, but it appears that unvaccinated Tyler Bertuzzi could be missing those games.

Red Wings general manager Steve Yzerman spoke Wednesday about Bertuzzi’s vaccination status, which could cause him to forfeit over $450,000 in salary for not playing in those games.

As an unvaccinated individual flying into the country, Bertuzzi would be unable to enter Canada and exit without quarantining, making his ability to play professional hockey a logistical challenge.

Bertuzzi is set to make USD $4.75 million over the next two seasons on a contract signed earlier this summer.

The Bertuzzi case isn’t the most surprising of an unvaccinated player in the NHL, though.

Edmonton Oilers forward Josh Archibald could miss up to 32 games this year – his American games – due to the COVID-19 quarantine.

“Obviously, we’ve got to go back and forth across the border multiple times this season,” Ken Holland told Bob Stauffer on the Oilers Now radio show. “Obviously, it’s going to be much different playing on a US team vs. playing on a Canadian team being unvaccinated.”

Archibald is much more susceptible to being left of his team’s roster entirely. With a cap hit of just $1.5 million on a contract approaching expiration this season, the Oilers may choose to either waive him, send him to the AHL or otherwise part ways with him before the beginning of the season.