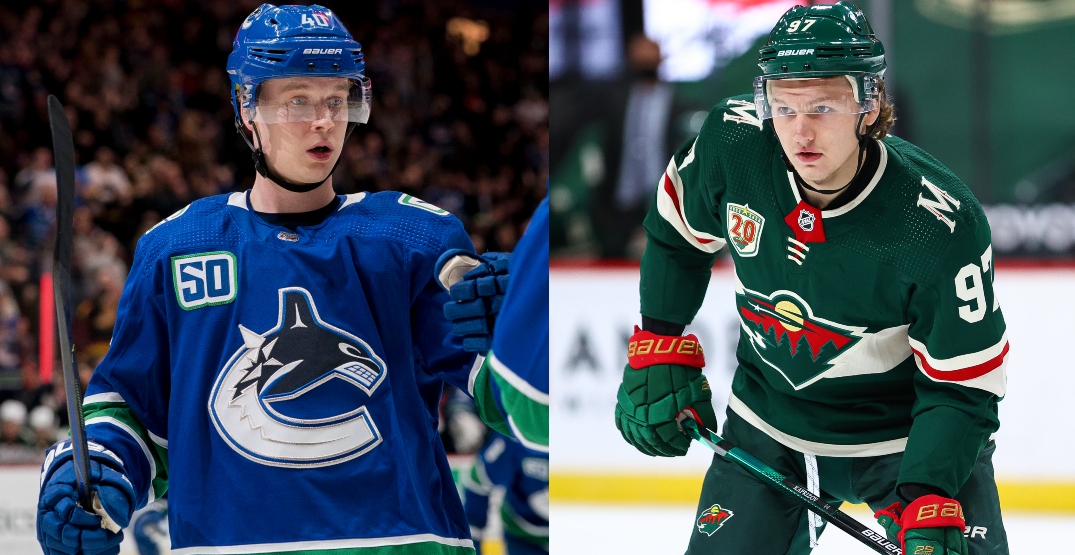 Unless pen is put to paper in the next 16 hours, the Vancouver Canucks will begin training camp without both Elias Pettersson and Quinn Hughes.

While that may not be completely unexpected, if contract negotiations linger on much longer, it will be less than ideal for a team so clearly in need of a good start to this season.

Just what cap number and contract term each player will land on has been the topic of speculation among fans and media for months. But after the contract Kirill Kaprizov signed with the Minnesota Wild today, we may need to adjust the market rate.

Pettersson has drawn comparisons to Kaprizov, who signed a five-year, $45 million contract.

The pair of Calder Trophy winners have matching 0.93 points per game averages in their young careers. Kaprizov is about a year and a half older than Pettersson, and has just 55 games of NHL experience, playing previously in the KHL. Pettersson has three years of NHL experience, but missed more than half of last season due to injury.

As a Russian player, Kaprizov did have the leverage of being potentially willing to return to the KHL. But otherwise, Pettersson would seem to be the more valuable player, if for no other reason than the fact that he plays a more premium position as a centre.

It’s unclear what term the Canucks are headed towards with both Pettersson and Hughes, but a shorter deal should result in a lower cap hit than the $9 million average annual value Kaprizov just signed. The New York Islanders signed Mathew Barzal to a three-year contract worth $7 million per season in January.

The Canucks project to have about $16 million in cap space to play with, so bridge deals could be coming for one or both of their unsigned star players.

Until then, Pettersson and Hughes are preparing for the season near Hughes’ home in Michigan, according to a story written by Thomas Drance and Rick Dhaliwal in The Athletic. Pettersson previously passed through Vancouver after spending most of the offseason in his native Sweden.