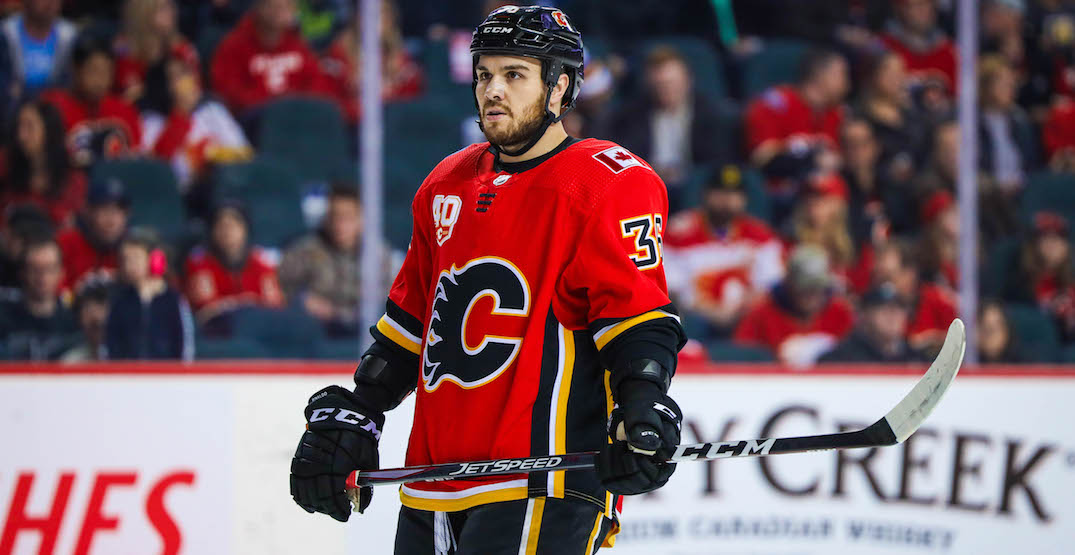 On the eve of training camps kicking off across the NHL, one player has already been cut from his team.

Forward Zac Rinaldo won’t have a shot to make the Columbus Blue Jackets out of training camp because, well, he’s refusing the shot.

“We’re going to have 67 players come into camp, and they’re all fully vaccinated, which is really important,” Blue Jackets president John Davidson said at a media conference today. “It’s an important issue for us. It’s a team-first issue. We win as a team, lose as a team — everything we do, we do together as a team.”

Rinaldo, who played the last two seasons with the Calgary Flames, has opted not to get vaccinated. As such, despite signing a two-way contract with Columbus just last month, he’s not welcome at their training camp.

“We have to do what we have to do,” said Davidson. “I’m proud of our group and I’m proud that they recognize how important it is for us to do everything we can to protect ourselves and others.

“Forward Zac Rinaldo, who we signed to a two-way contract this summer, is not vaccinated. Because of that, that’s his decision, the plan is to start him in the American Hockey League and he will not be coming to our training camp.”

The move to cut Rinaldo from camp comes eight days after the Blue Jackets parted ways with assistant coach Sylvain Lefebvre, because he too refused to get vaccinated. The San Jose Sharks split with associate coach Rocky Thompson for the same reason.

While league rules don’t require players to be vaccinated, anyone else whose job entails them to be within 12 feet of hockey operations personnel must be fully vaccinated this season.