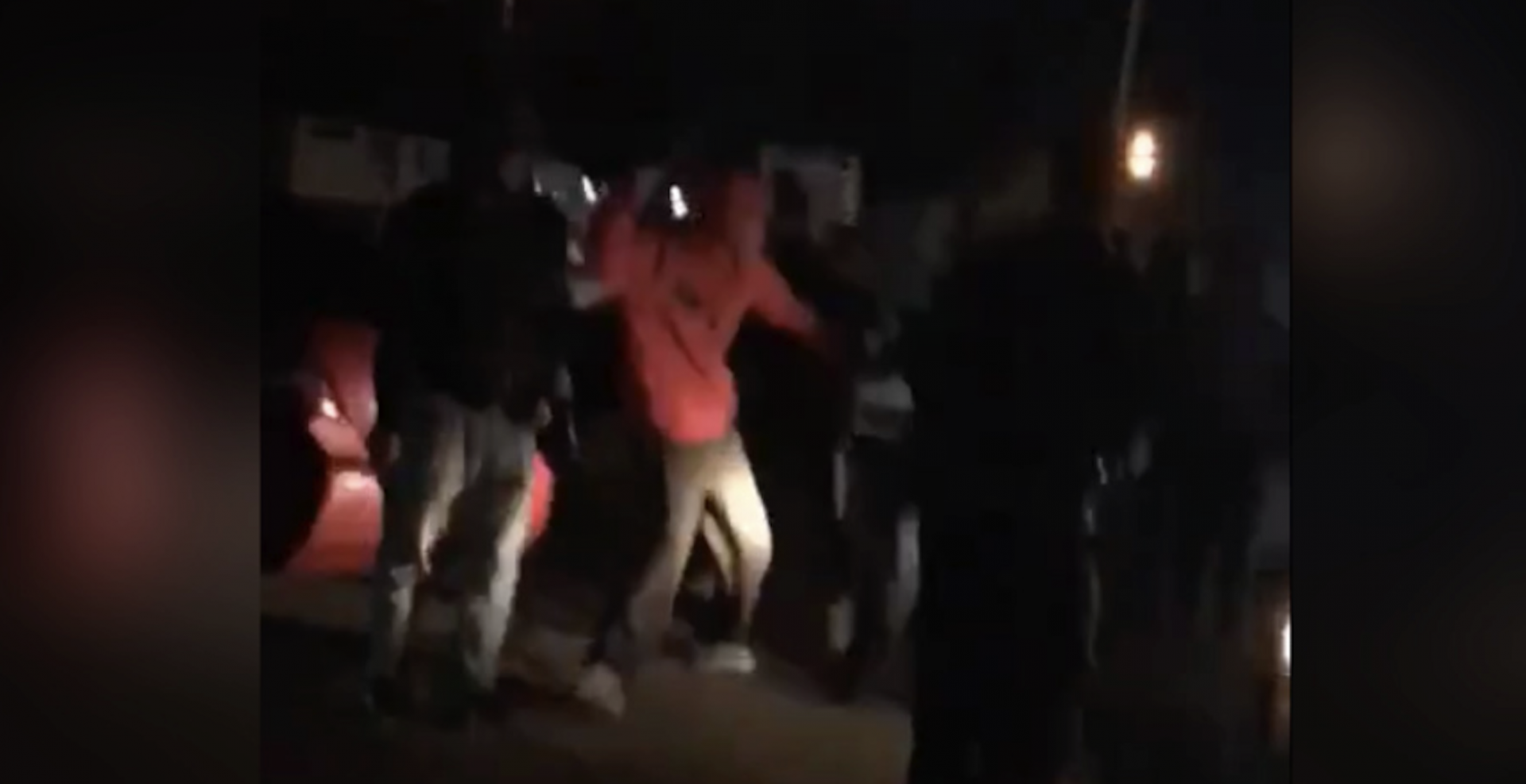 Surrey RCMP is investigating an incident involving a large mob of young men ganging up on individuals in a parking lot and assaulting them and vandalizing their vehicles with golf clubs and other makeshift weapons.

Cpl. Elenore Sturko with Surrey RCMP confirmed with Daily Hive that there has been an open investigation into the incident, which took place during the early hours of November 11 in a business plaza located in the 7000 block of 128 St. The attack was reported to police by two different people.

Sturko said officers attended to the incident, but the crowd had since dispersed. She added that one of the victims has since come forward.

A new development has been a video of the attack, which has been circulating on social media and was sent to Surrey RCMP.

In a release sent out Friday afternoon, Sturko added that the “investigation has expanded since receiving a copy of a video.”

Gurpreet Singh Sahota, a local journalist and founding member of grassroots organization Wake Up Surrey, posted the video on his social media accounts and told Daily Hive incidents like these make the local community feel worried and concerned.

“It’s a huge problem,” he said, adding that members of Wake Up Surrey have met with Surrey RCMP last year and “complained to them that [these incidents] were happening mostly in the Strawberry Hill area.”

“The people of Surrey are very worried [and] these kinds of mobs are not acceptable here,” he said.

Surrey Mayor Doug McCallum also responded to the video in a statement, calling the violence “repugnant.”

“I am deeply concerned that this kind of mob violence is happening with alarming frequency. In August, another large brawl in the Strawberry Hill area was caught on video,” he said.

“This behavior is repugnant and puts the public at risk. It is imperative that RCMP take immediate and strong action to get a handle on this kind of mob violence that is occurring far too frequently in Surrey.”

Surrey RCMP says the investigation is still active. “With this video just now becoming available there are certainly other people that have vital information,” said Sturko.

The Surrey RCMP General Investigation Unit has conduct of the file and is following up on several investigational avenues.

Anyone with information regarding this incident is asked to contact Surrey RCMP at 604-599-0502. Those who would like to leave an anonymous tip can do so by contacting Crime Stoppers at 1-800-222-TIPS, or leaving a tip online.