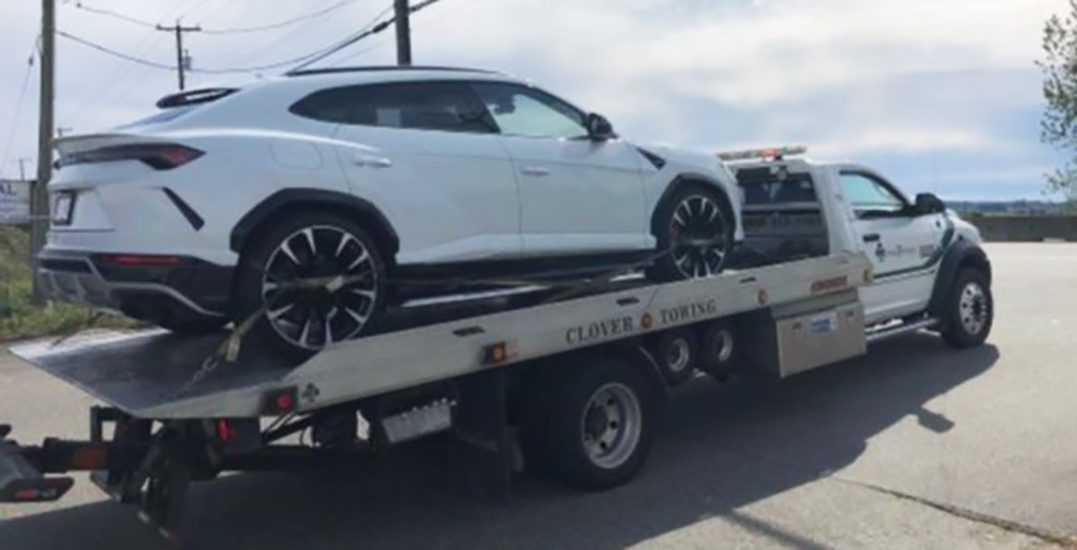 A Lamborghini that was impounded for excessive speeding earlier this month. (Surrey RCMP/Twitter)

The Surrey RCMP was busy with speed enforcement over the past weekend, this time catching a Lamborghini that was going more than double the posted speed limit.

Corporal Elenore Sturko says that the “car was observed going 195 km/h in an 80 km/h zone.”

As a result, the driver was issued a violation ticket for excessive speeding and the vehicle, described as a 2019 Lamborghini URUS, was impounded for seven days.

High-risk driving behaviours like speeding, are the leading cause of death on BC roads. Our officers in South Surrey towed this Lambo which was clocked speeding at 195km/hr! #Slowdown pic.twitter.com/zbm8Qa3SMp

According to a statement from ICBC, “police have observed an increased in drivers speeding since British Columbia declared a state of emergency.”

Cpl. Sturko says that while she doesn’t have any statistics that suggest a significant increase of speeding in Surrey, traffic units are always on the lookout for “drivers who are placing others at risk.”