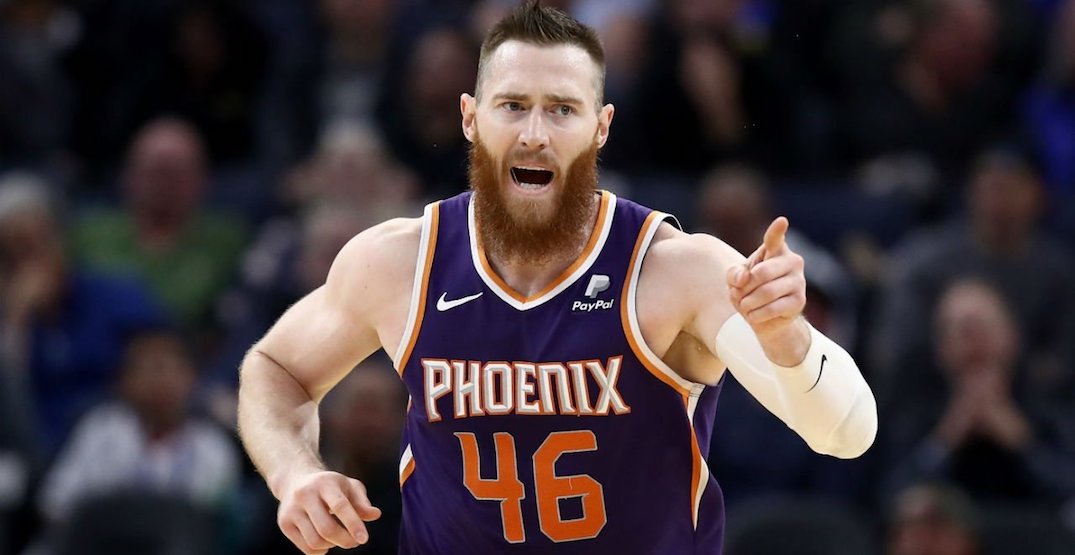 After losing Serge Ibaka and Marc Gasol in consecutive days, the Toronto Raptors have found at least one big man to help replace them.

Aron Baynes has signed a two-year deal worth $14.3 million with the Raptors, according to a report from The Athletic’s Shams Charania. The second year of the deal is a team option, Charania adds.

A 6-foot-10 centre, Baynes averaged 11.5 points, 5.6 rebounds, and 1.6 assists with the Phoenix Suns last season. It was the best season of the 33-year-old’s eight-year NBA career, spent with the Suns, Boston Celtics, Detroit Pistons, and San Antonio Spurs.

Born in New Zealand, Baynes grew up in Australia and represents the Australian national team.

Baynes is “tough as a rebounder and a high-percentage shooter,” according to his scouting report on SportsForecaster.com, which adds that he’s “an excellent leaper and an athletic, powerful dunker.”