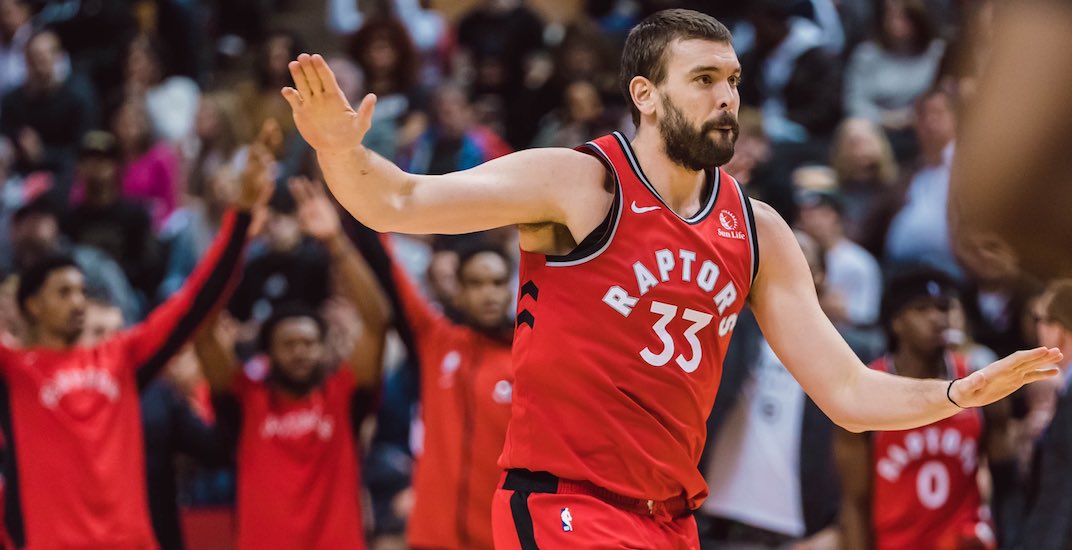 The Toronto Raptors have lost another big man.

A day after they lost Serge Ibaka to the LA Clippers, Marc Gasol is now gone too, signing a two-year deal with the LA Lakers according to a report from ESPN’s Adrian Wojnarowski.

Marc Gasol is finalizing a deal to sign with the Lakers, sources tell me and @ZachLowe_NBA.

The 6-foot-11 Spaniard was an integral piece that helped put the Raptors get over the hump and win their first-ever NBA championship in 2019. But Gasol is slowing down, and will turn 36 in January. Last season, Gasol averaged 7.5 points, 6.3 rebounds, and 3.3 assists.

Today wasn’t a total loss for the Raptors, who agreed to a contract with free agent centre Aron Baynes not long after Gasol’s signing became public.