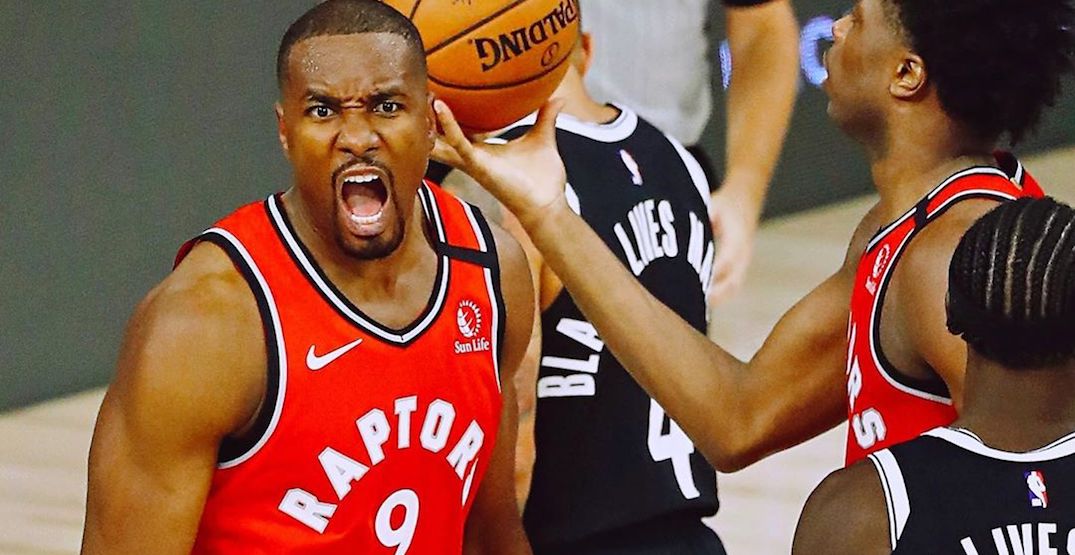 On the day that the Toronto Raptors re-signed Fred VanVleet, the team was unable to lock in another important free agent.

Serge Ibaka has agreed to a contract with the Los Angeles Clippers, according to a report from The Athletic’s Shams Charania.

The deal is a two-year contract worth $19 million, with a player option in the second year, according to ESPN’s Adrian Wojnarowski.

Deal will include a player option in the second year, per source. https://t.co/8laEdy5KmO

Ibaka, 31, was a fan favourite during his four seasons in Toronto. One of the most colourful characters in the NBA, Ibaka posted a career-high in points per game (15.4) last season, to go with 8.2 rebounds, and 0.8 blocks.

The move to the Clippers reunites Ibaka with former teammate Kawhi Leonard.

Ibaka was a key member of the Raptors’ championship-winning team in 2019, selflessly accepting a role coming off the bench after the team acquired Marc Gasol. Attention will now turn to the Spaniard, who is also a free agent.

At this hour, Toronto is still working to convince free agent Marc Gasol to return on a new deal, sources tell ESPN. https://t.co/p8kHA9js0k