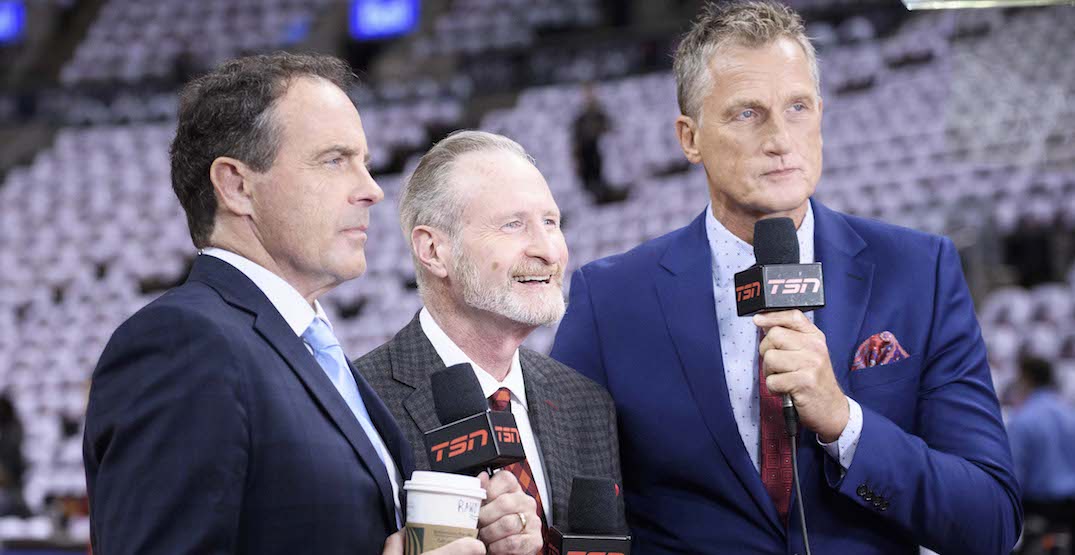 After more than 30 years with Bell Media, Rod Black is leaving TSN.

The voice of the Toronto Raptors on TSN, Black is also well known for doing play-by-play of CFL games and figure skating for the network.

Black began calling NBA games for CTV when the Raptors and Vancouver Grizzlies entered the league in 1995 and has provided commentary and play-by-play for various events at five Olympic Games.

🥲♥️🎙Sad to say goodbye today to my friends at CTV and TSN but so excited for my next chapter which will be as amazing the last. Thank you. Had the time of my life. Cheers🇨🇦👊

“I’ve been a broadcaster for almost 40 years, with over 30 of those spent with the Bell Media family, and have had a front row seat to some of the most magical moments in sport,” said Black. “I’ve had the chance to travel the world, but more importantly, I’ve been able to cover this country from coast-to-coast-to-coast. I will miss the network, and particularly those who have sat beside me and worked with me during all of the incredible events we’ve covered. I can’t extend my thanks enough to all those who’ve been part of this journey. I’m so excited for the next chapter, which will be the most exciting chapter of all.”

Black has won multiple awards during his career, including the Sports Media Canada Award for Outstanding Sports Broadcaster. The 59-year-old is also a five-time Gemini Award nominee for Canada’s Best Sportscaster.

“Rod has been an unforgettable and consistent presence on TSN, with a deep sports knowledge that has allowed him to seamlessly transition between hosting duties and calling games, from football to figure skating to basketball, and more,” said Stewart Johnston, Senior VP, Sales and Sports, Bell Media. “An exceptional broadcaster with a heart of gold, Rod has tirelessly dedicated so much of his time to charitable work and various causes, including his incredible support of the Special Olympics. While we’ll miss him behind the desk and in the booth, we are grateful for his time with the network and wish him nothing but the best.”