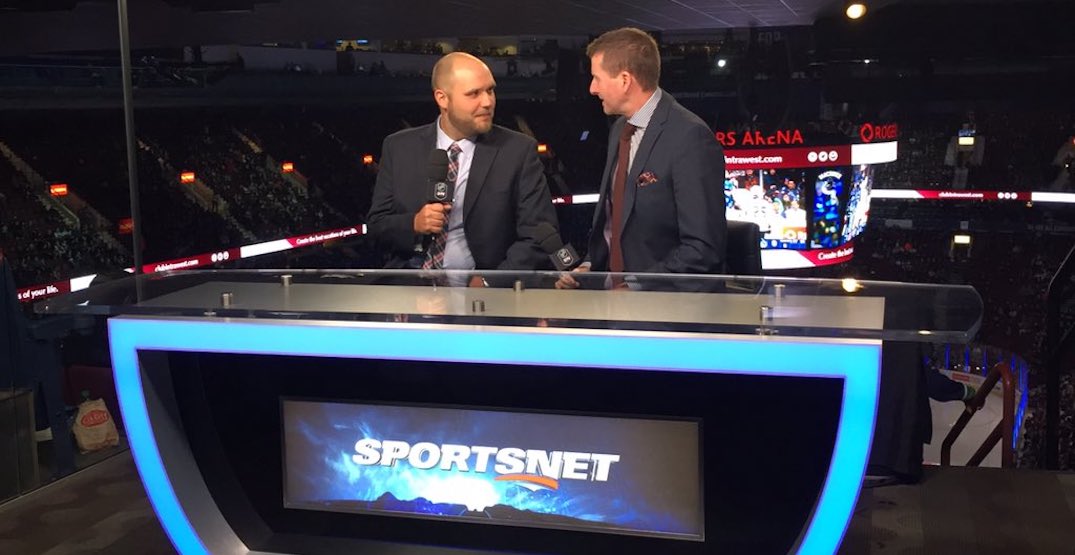 Sportsnet 650 is adding some local content to its weekday lineup.

Vancouver’s only all-sports radio station has announced the addition of Thomas Drance, who will co-host a new hour-long show with Jamie Dodd, airing Monday to Friday from 11 am to noon.

🚨BREAKING NEWS🚨 @Sportsnet650 is bolstering its roster before the #Canucks regular season adding @ThomasDrance to the lineup!

After paying his dues as a producer and fill-in host with the station, Dodd is getting a well-deserved chance to host a show of his own.

Drance, who covers the Canucks beat for The Athletic, will often join the show remotely. He’ll be in Detroit, Buffalo, and Chicago when the show debuts next week.

“I’m thrilled. Sports talk radio in Vancouver is something that I’m passionate about,” Drance said in an interview this afternoon on Sportsnet Today. “I think we’re at a moment in this city where sports talk radio, we have to support it if we want it to be locally-produced and as impactful and as community-oriented as it has been in this market for the last 40 years. I’m thrilled to be joining this team and joining the fight, and trying to show everybody that this city deserves great sports talk radio. It has it now, I’m just excited to help out that cause and be part of a great team at 650.”

The Canucks Hour will help fill a void in 650’s lineup created after the cancellation of the Rintoul and Surman show, which used to air from 9 am to noon. Drance and Dodd will follow the new nationally-broadcasted Jeff Marek Show, which airs from 9-11 am in Vancouver.

Mike Halford and Jason Brough continue to occupy the morning drive time slot from 6-9 am, while Bik Nizzar hosts from 12-3 pm. The People’s Show, hosted by Satiar Shah, Dan Riccio, and Randip Janda, airs from 3-7 pm.

Big year ahead for Sportsnet 650

It’s a big year ahead for Sportsnet 650.

The station no longer has TSN 1040 to compete with, but has just one year left on their radio rights deal. Rogers has exclusive negotiating rights with the Canucks until December.

The move to add Drance and Dodd follows a similar strategy that Sportsnet unveiled in Toronto, moving away from traditional shows in favour of “seasonal, sport-specific, and spontaneous programming.”

“Our new slate of programming is more podcast-friendly and personality driven as we continue our efforts to build a community of sports fans,” Sportsnet’s Director of Audio Programming Dan Toman said in regards to the changes made in Toronto last month.

Quadrelli and Faber coming to weekends

The Canucks Conversation podcast duo will host “The Canucks Warm-up with Faber and Quads” for three hours every Saturday, acting as a pre-game show of sorts on Canucks game days.

“Working with Faber as long as we have and now taking our product to radio is a dream come true,” Quadrelli told Daily Hive. “We can’t wait to bring whatever it is we do to a live radio audience.”