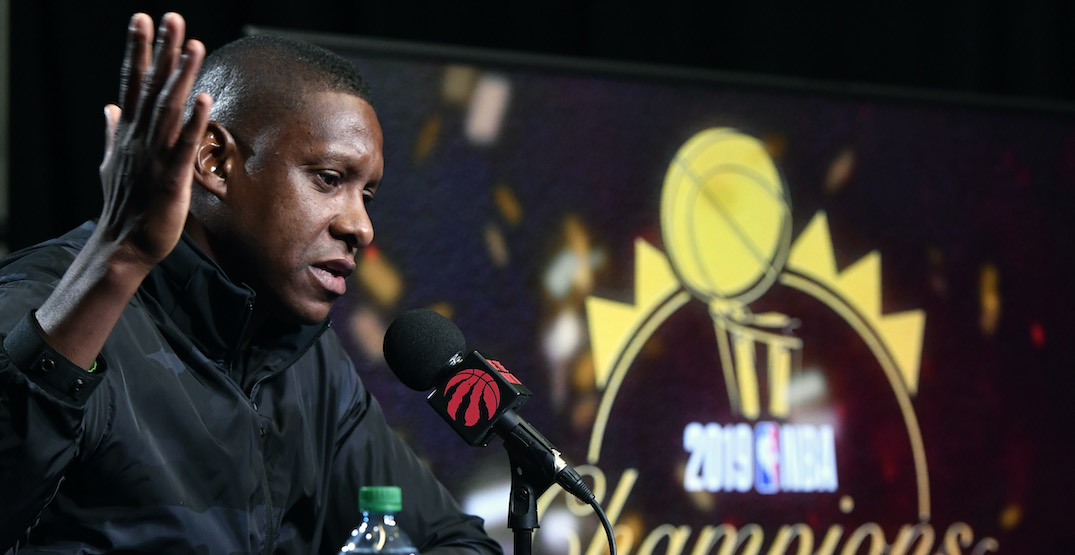 Toronto Raptors president Masai Ujiri has spoken for the first time since being vindicated last week.

Ujiri released a statement after the Alameda County sheriff’s deputy Alan Strickland dropped his lawsuit against him. The lawsuit stems from an incident at Oracle Arena in Oakland, just moments after the Raptors defeated the Golden State Warriors to win the NBA Championship on June 13, 2019.

“I am so lucky to have my beautiful, loving, supportive family,” Ujiri said in the statement. “I’m grateful to the Raptors players, staff and coaches for having my back…And I am humbled by the fans around the world. You all stood with me.”

A statement from our president Masai Ujiri. pic.twitter.com/DRyy90glwy

“Now the challenge is this: What can we do to stop another man or woman from finding themselves in front of a judge or behind bars because they committed no crime other than being Black? That is the work that each one of us must commit to, every day.”

The incident in question involved Ujiri attempting to make his way onto the court to celebrate with the team when he was stopped by Strickland, who claimed Ujiri didn’t have the proper credentials displayed. This then led to an altercation between the two men, which was caught on camera.

“Masai has been completely vindicated, as we always knew he would be,” an MLSE spokesperson said last week. “We are disappointed that he and his family have had to endure the past 18 months of worry and uncertainty, but for their sake we are pleased the legal process has come to an end – and especially pleased that the claims made against Masai and MLSE were dismissed entirely, free of any financial settlement.”

“We continue to be deeply troubled by the fact that Masai was put in this position in the first place, and believe he should never have had to defend himself.”