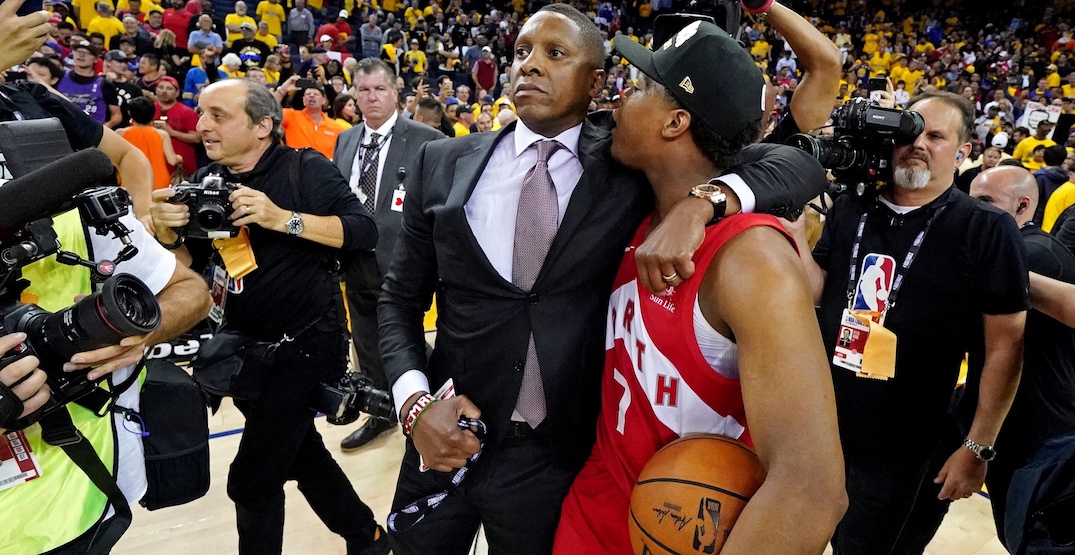 Nearly two years after it happened, the police officer who shoved Masai Ujiri has dropped his federal lawsuit against the Toronto Raptors president.

Ujiri has also agreed to drop his countersuit against Alameda County sheriff’s deputy Alan Strickland, according to a report out of Oakland from KTVU.

The incident, which many have called out as an example of racism, took place at Oracle Arena in Oakland, just moments after the Raptors defeated the Golden State Warriors to win the NBA Championship on June 13, 2019.

“Our team had just won the NBA championship and I was rushing to get on the court to celebrate. I was stopped, physically stopped, by a police officer, and the confrontation turned nasty,” Ujiri said last year.

Strickland has returned to work, being assigned to administrative duties, and neither Ujiri nor the police officer will receive any money as part of the agreement, KTVU reports.

“Masai has been completely vindicated, as we always knew he would be,” an MLSE spokesperson told Daily Hive. “We are disappointed that he and his family have had to endure the past 18 months of worry and uncertainty, but for their sake we are pleased the legal process has come to an end – and especially pleased that the claims made against Masai and MLSE were dismissed entirely, free of any financial settlement.

“We continue to be deeply troubled by the fact that Masai was put in this position in the first place, and believe he should never have had to defend himself. Masai is taking some time to process the ordeal, and intends to address it publicly at a later date.”

Ujiri was attempting to make his way onto the court to celebrate with the team when he was stopped by Strickland, who claimed Ujiri didn’t have the proper credentials displayed. This then led to an alleged altercation between the two men, which was caught on camera.