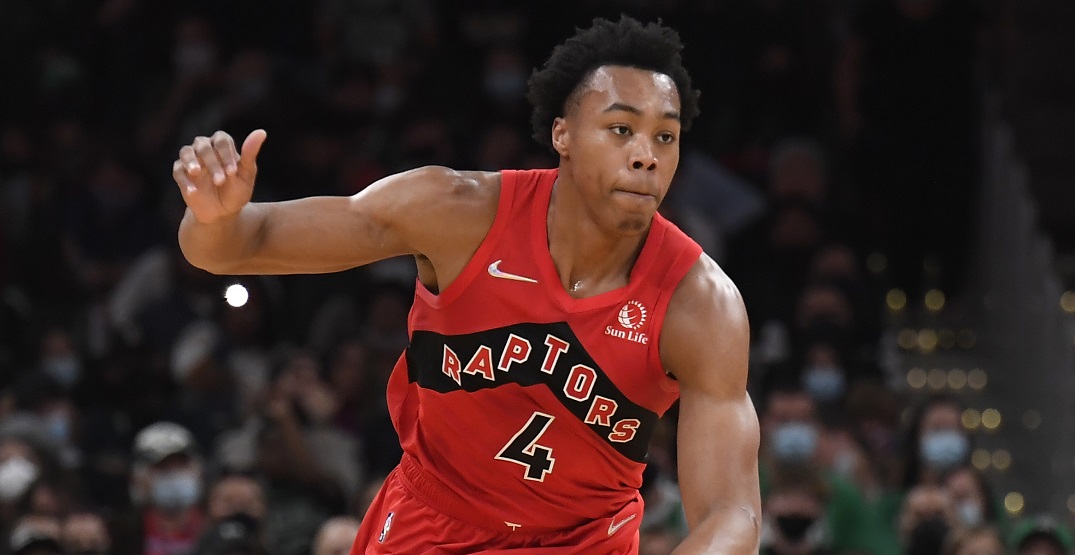 The Toronto Raptors have been an NBA playoff staple for so long that the 2020-21 season felt like someone had hit the wrong button on the simulation.

From 2013-14 to 2019-20, only the dynastic Golden State Warriors won more regular season games than the Raptors.

And then there was last season, one of six last-place divisional finishes in team history.

It was much different, wasn’t it? The Raptors went from six division titles in seven years to a year that featured a nine-game losing streak. Whatever could’ve gone wrong seemed to.

Marc Gasol and Serge Ibaka both left in the offseason in free agency.

The Raptors were forced to play their entirety of their home schedule in Tampa, Florida, and suffered a COVID-19 outbreak that sidelined Nick Nurse and five players on the roster for nearly three weeks.

Norman Powell got traded, with Kyle Lowry leaving in the offseason for Miami.

Two years removed from an NBA title, Toronto was forced to send a message to themselves that they were in the midst of a rebuild, finishing the year with a 27-45 record that finished 12th in the Eastern Conference.

It’s a strong East once again, with the four other teams in the Raptors’ Atlantic Division all having managed spots in the playoffs last year.

The championship Raptors might be long gone, but so is last year’s team, too. Toronto tips off its season on Wednesday night against the Washington Wizards, with a clean slate, and nine new players on the roster.

As it’s constructed, Toronto is not a championship-calibre team. Nobody with any credibility would argue otherwise. They’re projected to finish 11th in the East, one seed below the 10 that make the play-in tournament. The play-in tournament was introduced in 2019-20 and continued last year, a three-game event to decide the final two playoff spots.

They’d actually need to finish 6th in the conference to avoid the play-in round entirely.

In the last 82-game season back in 2018-19, a 41-41 year was enough to finish 8th in the East, with a 42-win season needed for 6th place. It’d be a bit of an overachievement, but it should be in reach for a Raptors squad that’s hungry for a postseason return.

Sure, there are a lot of unknowns. But there are plenty of points of optimism around the roster, too.

Here are a few reasons to put your money on the 2021-22 Toronto Raptors making the playoffs, through whatever avenue it might happen.

The 2021 fourth overall draft pick Scottie Barnes has been a welcome addition to the roster, bringing the energy throughout the preseason and Summer League.

Through the preseason, he averaged 9.8 points, 4.8 rebounds, and 5.8 assists during five appearances. Barnes’ selection by Toronto came as a shock to many Raptors fans who were expecting them to take Gonzaga guard Jalen Suggs.

But the time is now for the former Florida State player to show what he’s all about, as he’s expected to play big minutes in the NBA right off the hop.

NBA Draft analyst Chad Ford said this week that Barnes “might become the best player in his draft class.”

Watching Barnes, it’s not hard to see why the Raptors fell in love with his all-around game.

Masai and the front office reacting to Scottie Barnes getting drafted is hilarious pic.twitter.com/PiJuoorMbw

If Barnes brings the level of intensity expected, it could make a huge difference in this year’s postseason chances.

The Raptors veterans will be tested

Ever since the Raptors won the 2019 title, there have been a lot of “what-ifs” and hypotheticals being thrown around. What if Kawhi Leonard stayed another year? What if Kawhi was never traded to Toronto at all? And then of course, What happens if Kyle Lowry leaves Toronto?

Well, here we are, with the Raptors having gutted much of their roster over the last two seasons and losing many major pieces.

For VanVleet, Siakam, and Anunoby, all of whom will be starting lineup regulars when they’re healthy, this is what they’ve been working their whole careers for — the chance to lead an NBA roster. Anunoby enters his fifth NBA season, while VanVleet and Siakam are heading into their sixth. The three players are making just a hair under US$69 million combined.

They’re going to be unique

Versatility is a word that gets thrown around a lot, but the Raptors are going to need it in spades.

It’s a unique roster construction that allows them to fully embrace the chaos of the “position-less basketball” concept that has entered the modern NBA. There’s really no team quite like the Raptors.

Teams with elite centres like Nikola Jokic or Joel Embiid might be able to feast on the Raptors in the paint. For everyone else, though? It’ll be a unique challenge to play against Toronto. Why not believe in their ability to surprise?