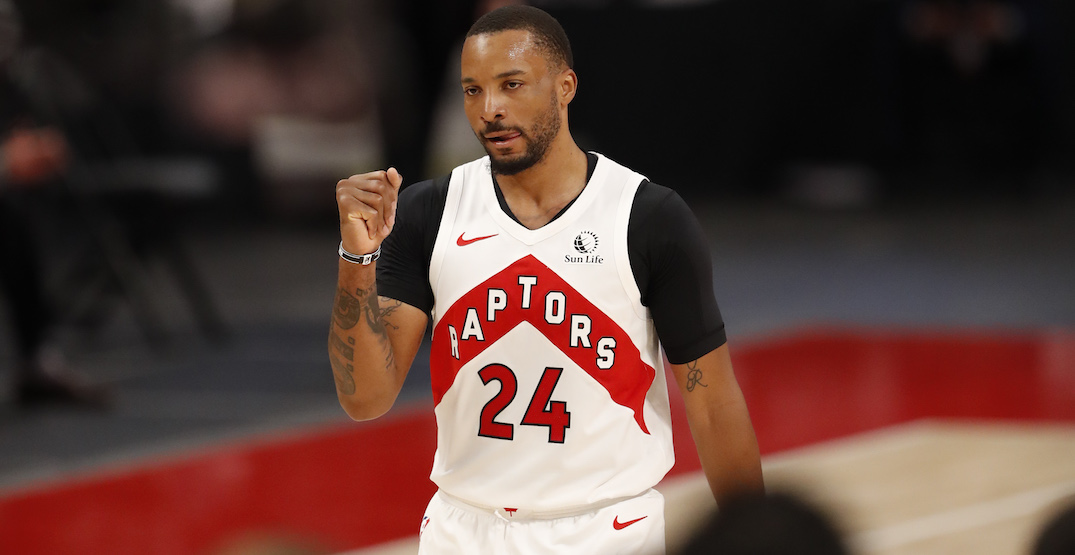 Norman Powell’s time with the Toronto Raptors has come to an end.

ESPN’s Adrian Wojnarowski is reporting that the longtime Raptors guard has been dealt to the Portland Trail Blazers on trade deadline day. In return, the Raptors will receive Gary Trent Jr. and Rodney Hood.

Powell, 27, is enjoying a career year with the Raptors. A free agent at the end of the season, Powell is averaging 19.6 points, 3.0 rebounds, and 1.8 assists.

Trent is the key to the deal for the Raptors. Just 22 years old, the six-foot-five guard is averaging 15 points, 2.2 rebounds, and 1.4 assists in 41 games with the Trail Blazers this season. Trent’s contract carries a $1.66 million cap hit but he will become a restricted free agent at the end of this season.

Hood, 28, is a six-foot-eight guard that’s having a down year, averaging just 4.7 points, 1.9 rebounds, and 1.2 assists this season. A seven-year veteran, Hood has averaged 11.7 points per game throughout his career with stops in Utah, Cleveland, and Portland. Hood’s cap hit is over $10 million, but his contract is not guaranteed beyond this season, so it’s low risk for the Raptors.

All trades in the NBA must be completed today by 3 pm ET/12 pm PT. A bigger trade could be in the works, as the Raptors are reportedly fielding calls on Kyle Lowry.