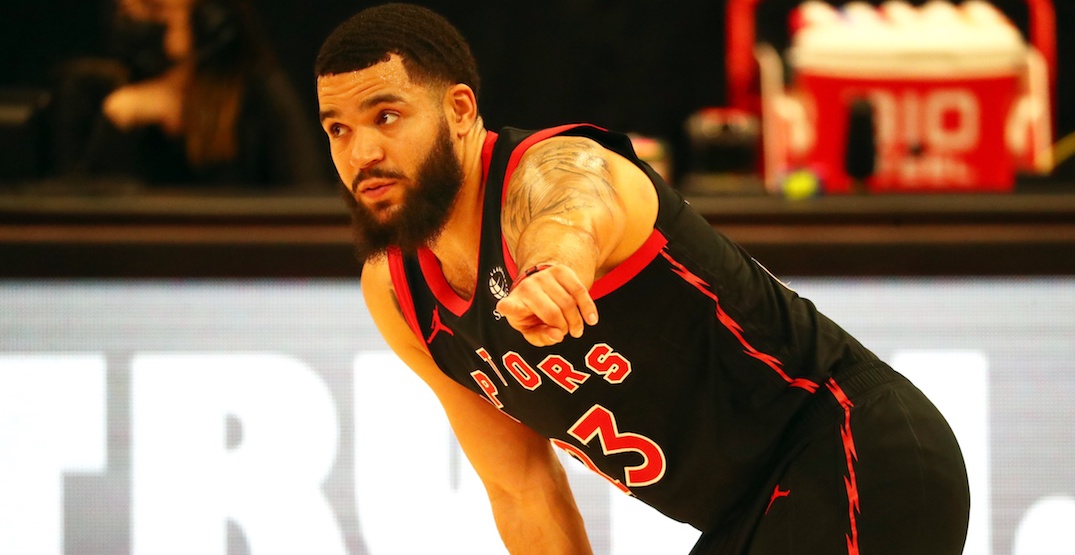 Oddsmakers are projecting that the Raptors will be missing the playoffs next year for the second season in a row.

SportsBetting.ag recently released their season over/unders for NBA teams and their win totals in the final standings.

The NBA’s play-in tournament format for the final two playoff seeds in each conference returns for a third consecutive season in 2022, with the seven-10 seeds facing off in a mini-tournament that advantages the higher seeds.

Here’s how the Raptors chances of making the playoffs stack up against the rest of the league:

Note: ties were broken based on last year’s win totals.

Looking at the projected win totals, the star-studded Brooklyn Nets are picked to finish the season with the NBA’s best record, with the defending champion Milwaukee Bucks slated to be just one win behind them.

Despite their projection being way behind the league’s top contenders, the Raptors aren’t that far off from cracking the postseason again. They’re about six wins out from a top-eight spot, which over the course of the season really can be the difference between getting a few bounces here and there.

Either the seventh or eighth seed needs just one win to make the NBA playoffs, while the 9 and 10 seeds need to win two games.

If they’re looking to take the tougher play-in route and finish 9th or 10th in the Eastern Conference, it’s looking like Toronto will need to finish above two of Chicago, New York, Indiana, Charlotte, and Washington.

Barring a surprise, Cleveland, Detroit, and Orlando all appear to be well into rebuilding modes, and the rest of the Eastern playoff teams are mostly set.

But it’s no secret that the Raptors dealing with a depleted roster after the loss of Kyle Lowry to Miami this offseason.

Another pair of intriguing squads for Raptors fans to look out for is Boston and Philadelphia.

Both have shown regular season promise in recent seasons and have looked to be the class of the East over the last five years or so, but neither has been able to claim that crucial NBA Finals berth. The two rivals are currently projected to meet in the first round of the NBA playoffs, a rematch from the 2020 bubble where Boston swept Philadelphia in four games.

Over in the Western Conference, the LeBron James/ Anthony Davis/ Russell Westbrook-led Lakers appear to be pushing the pace in California.

With former Kawhi Leonard set to miss most of the NBA regular season, the cross-town Clippers will be in tough just to qualify for the playoffs. But if rehab on a knee injury goes better than expected, everyone in Toronto has learned it’s never wise to count out Kawhi.

And then there’s the Phoenix Suns, looking to prove to the NBA that last year’s surprise Finals run was no fluke. The