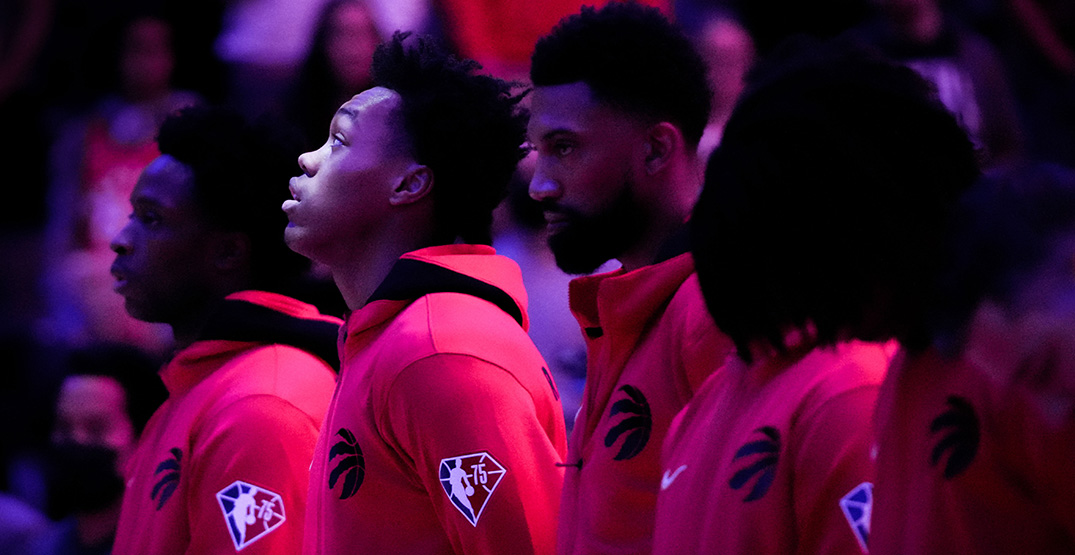 The Raptors are using their platform for good, urging the Canadian government to raise awareness about gun violence.

On Friday, the organization started a petition calling on legislators to join the US in observing the first Friday of June as National Gun Violence Awareness Day in Canada.

“The tragic mass shootings in Buffalo, Uvalde and now in Tulsa, have reminded us of the stark reality of gun violence in the United States – and has sparked a national conversation that gun violence does not stop at the border,” said John Wiggins, the Raptors’ vice president, organizational culture and inclusion, in a statement.

Last Tuesday, 14 students and one teacher died in a mass shooting in Uvalde, Texas. And just this week, a gunman killed four people at a hospital in Tulsa, Oklahoma.

Gun violence is also rampant in Canada. According to Statistics Canada, firearm-related homicides have gone up 37% over the past 11 years.

The report also found that in 2020, handguns were involved in about 75% of violent robberies, along with 60% of homicides and other violations causing death and attempted murder.

“In order to solve a problem, you have to acknowledge the problem exists. Well, the families and communities in Toronto and across Canada who have been impacted by gun violence can tell you it is here, and it is real,” said Wiggins.

He added that they plan to present the petition in the House of Commons for a motion to annually mark this day in honour of survivors and victims affected by gun violence.

This morning, the Raptors tweeted a video with players like Scottie Barns urging Canadians to sign on Change.org.

As of Friday morning, the petition has racked up nearly 1,000 signatures.

The US has been observing National Gun Violence Awareness Day since 2015 in honour of Hadiya Pendleton. The 15-year-old was shot and killed on a playground in Chicago a week after she had performed at President Obama’s second presidential inauguration.

The movement has since expanded significantly and now honours all survivors and victims of gun violence in the country.