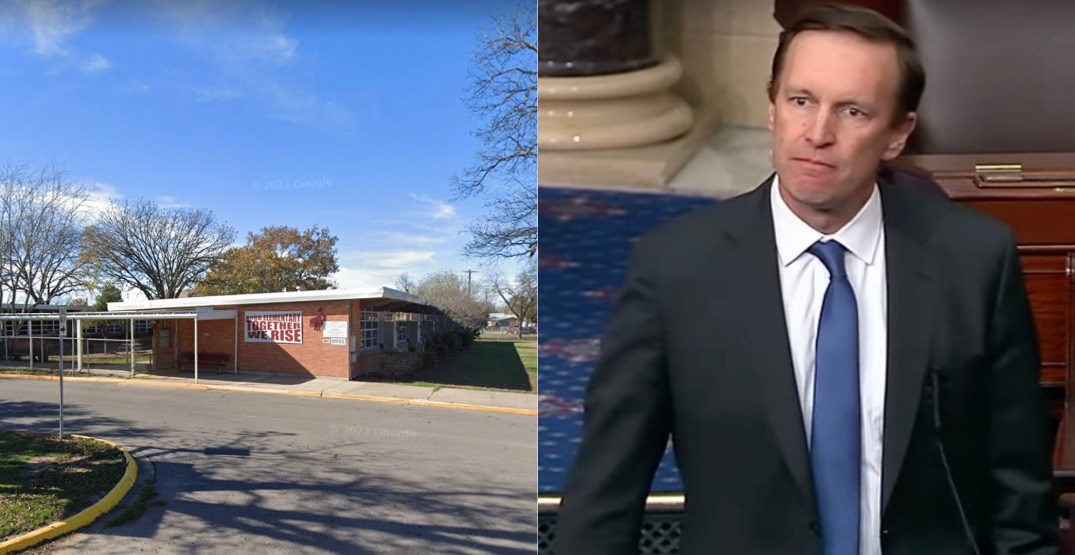 Conversations have sparked on social media about America’s gun laws in the wake of a Texas shooting that resulted in the deaths of 14 students and one teacher at an elementary school.

On Tuesday, an 18-year-old high school student reportedly shot and killed 15 people before being killed himself.

Celebrities, politicians, and concerned citizens are making their voices heard about mass shootings in the States and the lack of action being taken to prevent future shootings.

One politician that has generated a lot of conversation is Connecticut Senator Chris Murphy.

He asked two simple questions: “Why are we here?” and “What are we doing?”

At one point, an emotional Murphy literally begged his political colleagues to find a solution to this ongoing problem that seems to have no end.

“These kids weren’t unlucky. This only happens in this country. Nowhere else.”

The Texas tragedy caused people from all walks of life to chime in.

Jimmy Kimmel jumped in on the conversation quoting Shannon Watts, the founder of Moms Demand Action, a group whose mission is to solve gun violence in America.

…but you can’t have a beer until you’re 21. Please support @MomsDemand and @Everytown – AND VOTE THESE MONSTERS WHO DO NOTHING TO PROTECT OUR CHILDREN OUT OF OFFICE https://t.co/6NTH2kOsMV

Watts also tweeted some numbers, suggesting that Texans own the most guns per capita of any American State.

Texans own among the most guns per capita of any state. If more guns and fewer laws made Texas safer, it would be the safest state with declining rates of gun violence, but it has high rates of gun suicide and homicide, and is home to four of the 10 deadliest mass shootings. pic.twitter.com/ueJz2qwBHA

Others shared general condemnation of the US government’s lack of action and condolences for the victims.

What do you say when 14 children and a teacher have been murdered at school? Language is inadequate to the task of explaining the callousness of a country that does absolutely nothing to address rampant gun violence. There is no culture of life here. It is a culture of control.

14 children and 1 teacher. There are no words. And there are no actions ever taken.

The Texas elementary school shooting comes just 10 days after another shooting that resulted in the death of 10 people at a grocery store.

Put your political parties and arguments aside and realize that our country HAS to do something.