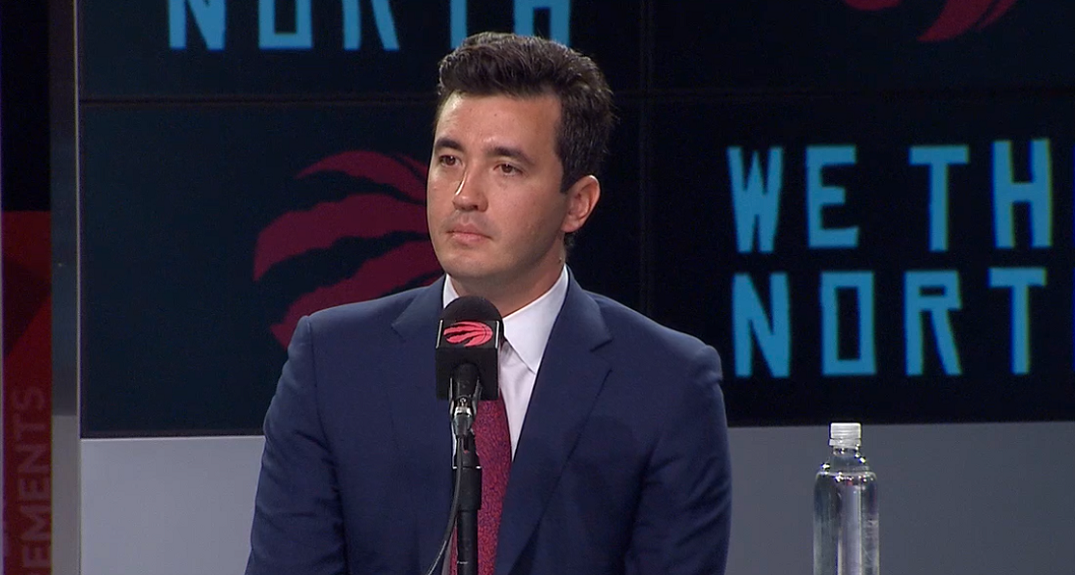 “We’re going to surprise a few people,” Webster said. “We expect to compete every night.”

Since Bobby Webster was named general manager in 2017-18, the Raptors have picked up three division titles, culminating in an NBA championship in 2019.

“We’re not going to label anything but our expectations are always to win, to be competitive,” Webster added. “There is a core that has won, and so we’ll just be fitting the pieces around those players.”

But last year’s season was one of the toughest in Raptors history, with the displaced Toronto team going 27-45 while playing the entirety of their home schedule out of Tampa, Florida due to the COVID-19 pandemic.

Webster’s press conference also provided some important news updates on the team, saying that they are “one dose away” from being fully vaccinated against COVID-19 on their staff and roster.

The Raptors general manger also added that the team is looking to play in front of one of the best fan bases in the league,” as the Raptors begin their home schedule against the Washington Wizards on October 20, their first game at Scotiabank Arena since February 2020.

“I think it will be a pretty good atmosphere,” Webster said.

Webster also added that Pascal Siakam is not quite 100% from an offseason shoulder surgery, as he’s yet to be cleared for contact. Webster was positive about Siakam’s progress though.

“He looks good,” Webster said. “He’s in a really positive head space. I think he’s happy and ready to go.”