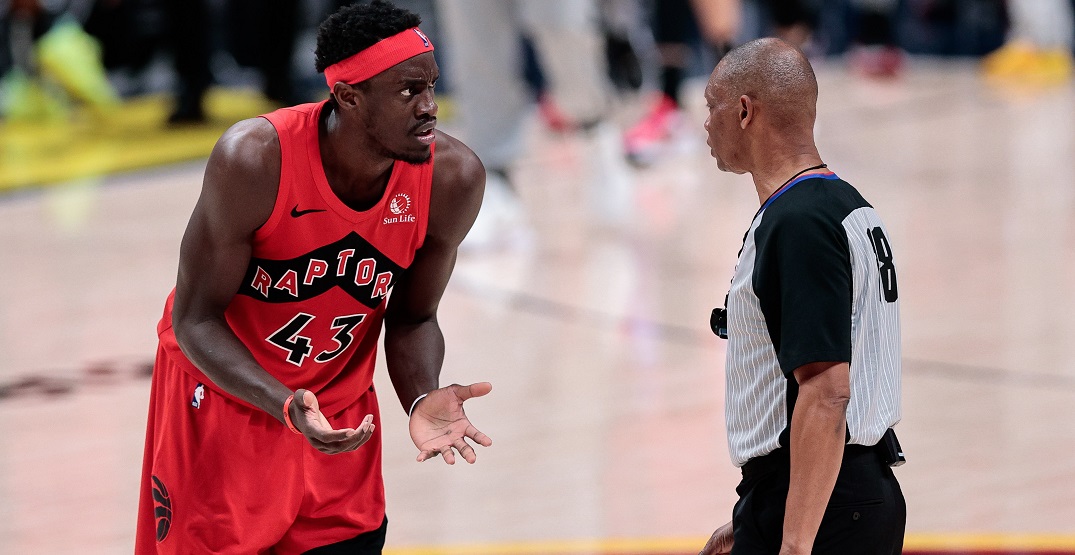 Pascal Siakam is the Toronto Raptors’ most accomplished player on their roster.

The “best player” moniker is subjective and doesn’t accomplish much to earnestly debate.

Maybe you think that Fred VanVleet brings more of an all-around game to the lineup and will prove it in the absence of Kyle Lowry.

Perhaps you’re part of the crew that believes in OG Anunoby or Gary Trent Jr. are going to reach another level this year.

Maybe you’re even anticipating a remarkable Scottie Barnes breakout in his rookie season.

Following a disappointing season where the Raptors finished 12th in the Eastern Conference, it’s easy to forget just how much the Raptors have gotten out of the 2016 first-rounder in his five years in the league so far.

Regardless of personal preference, none of the current Raptors have a resume quite like Siakam: a starting piece on a championship roster, an All-Star Game appearance, a spot on the All-NBA second team in 2019-20, and the NBA’s 2018-19 Most Improved Player.

Despite his success, It’s no secret Siakam hasn’t quite been the same player since 2018-19, but more specifically, since the COVID-19 pandemic shuttered the NBA last March.

The one question that has lingered over Toronto for the past two seasons is: Are the Raptors good enough to be a contender with Siakam as a #1 option on their offence?

Boston’s Jayson Tatum frustrated Siakam repeatedly in a 2020 playoff series that the Raptors forward took “a lot of the blame” for.

Siakam hit 20 points just once in the seven-game series.

“At the end of the day, I have to be better,” Siakam said following a Game 7 loss.

Many were quick to write Siakam off as incapable of leading a team. Twitter memes of his ineffective spin moves and criticism of his offensive ability carried on in the following weeks.

The Raptors then went 27-45 last season, including going 21-35 while he was in the lineup.

Anecdotally, Siakam was frustrated, dealing with a bout of COVID-19, and the challenges of playing an entire season away from Toronto. And yet, it’s hard to point to too many differences in his games over each of the past two seasons.

There’s not too much questioning what Siakam’s individual stats should look like this year. He’ll put up around 20 points a night, pick up about four assists, and pull down about seven rebounds if he keeps in line with his averages over the past two years.

The 2020 Celtics is a cautionary tale about how Siakam can be limited offensively if effectively game-planned for.

But on the flip-side, Siakam’s peak has shown how vicious a player he can be when he’s on his game.

Siakam scored 30 or more points nine times last season, something that just 11 other forwards accomplished. Even in what many might have felt was a down year for Siakam and the Raptors, he was still outscoring 15 or more points in 44 of his 56 games.

“Pascal is an unbelievable basketball player,” Raptors exec Masai Ujiri said last month, brushing off trade rumours. “Pascal is here. Pascal is a Raptor, and he’s gonna play with us.”

P.S.❤️ What’s wrong with being you? Everyone else is taken. pic.twitter.com/kbdeo9WrOl

Siakam truly came into his own as a pro player in his third season in the league, securing a starting role on the 2018-2019 NBA champion Raptors.

There are many ways to evaluate an NBA players’ game, one of which is the win shares stat — an easy way to estimate the number of wins contributed by a specific player.

Looking at a list of win shares/48 minutes in single seasons over the past three years amongst forwards who’ve started over 100 games, you’ll see quite the collection of names.

Looking at Win Shares/ 48 minutes since 2018-19 amongst NBA starting forwards and it makes me intrigued to see if Pascal Siakam can hit that peak level again.

He's not the level of a Giannis/Kawhi/AD but I think people underrate just how good he is when he's on. pic.twitter.com/zu0laQyzb0

There are a few names that typically fall in the unheralded category: Danilo Gallinari, Derrick Favors, and Khris Middleton. There’s also Zion Williamson, who’s emerged as one the league’s best young stars in his two years in the NBA.

And then there’s Pascal Siakam’s 2018-19 season.  At his peak, he’s been right up there with the league’s upper echelon of players, quite the feat for someone taken late in the first round who didn’t even start playing basketball until he was a teenager.

We don’t quite know how the Raptors or Siakam will perform this upcoming season in a highly-anticipated return to Toronto. There are a million questions to be asked about whether the Raptors can return to contention or will miss the playoffs once again.

But for a player who’s overcome plenty simply to make it as an NBA player, it might just make sense to believe in Pascal Siakam finding his way back to the All-Star Game this upcoming year.