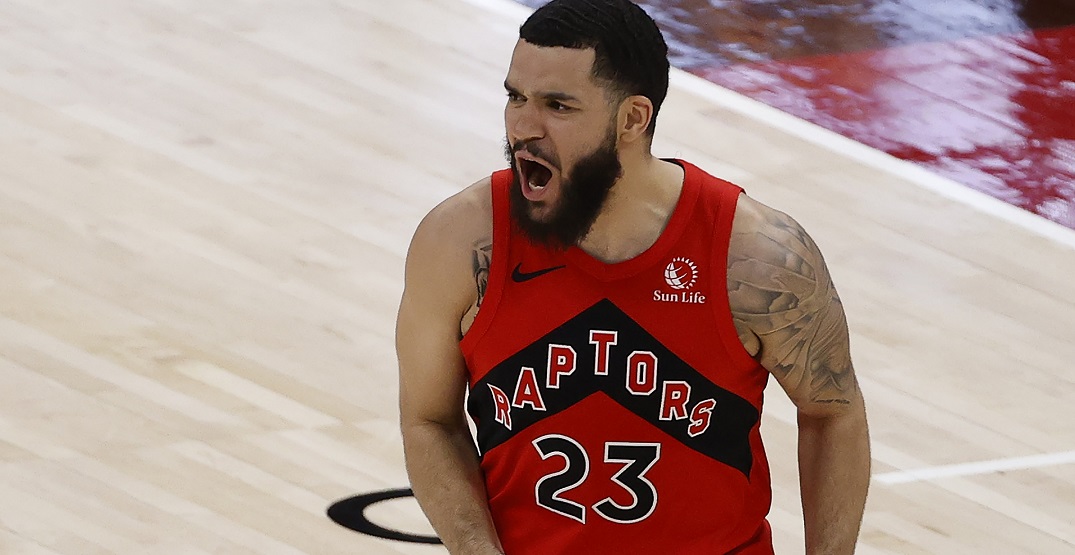 Part of his progression is natural, as a sixth-year veteran now on the second year of an $85 million contract.

But mostly, VanVleet is now the clear primary ball-handler on the team’s offence following the departure of Kyle Lowry to the Miami Heat, who he called the “greatest” Raptor of all time.

“We just had a great chemistry,” VanVleet said to reporters on Monday at the team’s media day about his five years playing with Lowry. “It was like a 1-2 punch at the guard spot. I would say it’s going to be a different look on the court, for sure. I think that there’s always a challenge every season. Every season that you start there’s gonna be players that are not there from the year before. This season it just so happens to be, you know, Kyle Lowry.”

VanVleet said he’s remained in contact with Lowry over the summer, saying that they talk “a couple of times a week” and that Lowry will continue to be a “mentor” in his life.

“I feel good,” VanVleet said about his overall outlook for the year. “I’m recharged, re-energized.”

While it’s not exactly clear yet how VanVleet will split the team’s backcourt with players like Goran Dragic, Malachi Flynn, and Gary Trent Jr., it seems like a forgone conclusion that he’ll start the season as the team’s primary point guard due to his familiarity with the Raptors.

VanVleet added that he’s looking to take on more of a leadership role among the team’s younger players, including newcomers like forwards Scottie Barnes and Precious Achiuwa.

“Off the court, I’m pretty comfortable there,” VanVleet added. “I’ve been comfortable there, I was allowed to have a voice, you know, pretty much, my first year, second year, and it’s just been steadily growing.”

In 52 games last season, VanVleet put up a career-high 19.6 points per game, while also adding 6.2 assists and 4.2 rebounds a night.

VanVleet also said that the Raptors’ return to Toronto this season after a year of playing home games away has the team back “where we belong.” Toronto is currently projected to miss the playoffs according to most predictions, but VanVleet’s looking to prove the doubters wrong.

“I read a quote the other day that said, ‘There’s things that have never been done that are done every day,'” VanVleet said. “I’m up for the challenge, I think the team is ready for the challenge, and we have a young, hungry group that are looking to improve themselves. I think we’re all pretty excited just to get started.”