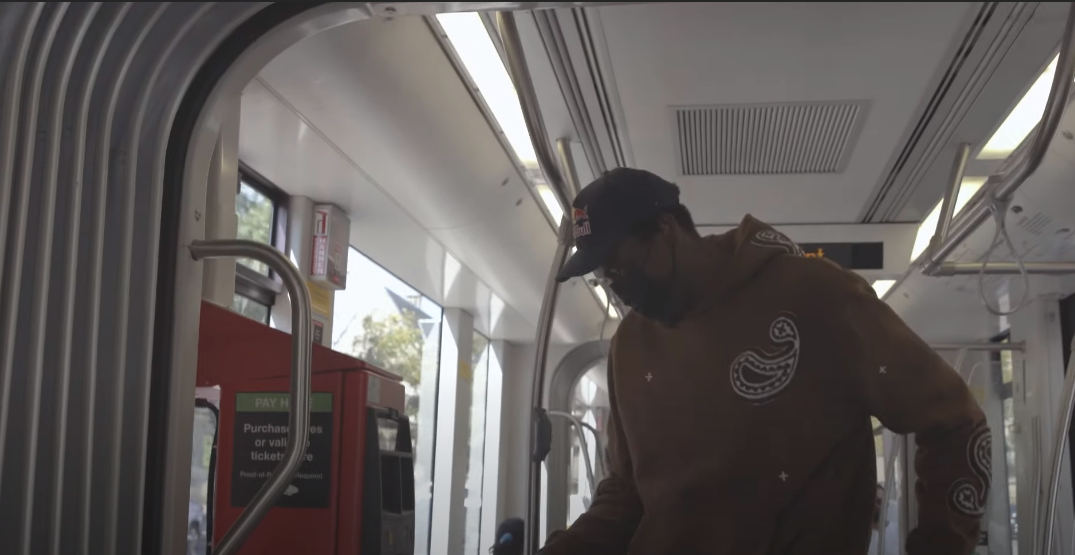 Toronto Raptors star Pascal Siakam has done just about everything in his NBA career so far, but he faced a new challenge this week: riding the TTC’s streetcar for the first time.

In a new video posted on his YouTube channel, Siakam spoke about his excitement for the upcoming season while travelling around the city.

Siakam said he hadn’t been back in Toronto since leaving for the Orlando NBA bubble in summer 2020. The Raptors, of course, played the entirety of their home schedule last season in Tampa, Florida, due to COVID-19 restrictions limiting cross-border travel.

“It feels good to be back,” Siakam said, adding that it reminded him of his return trips to Cameroon since he’d been away for so long.

The video documents Siakam’s flight into the city, and a drive down to the Raptors’ practice facility at the OVO Athletic Centre.

“I still got my parking spot,” Siakam said.

But it was his first streetcar journey that Siakam seemed to have the most fun on.

“You gotta pay for this?” Siakam quipped.

The full video is below.