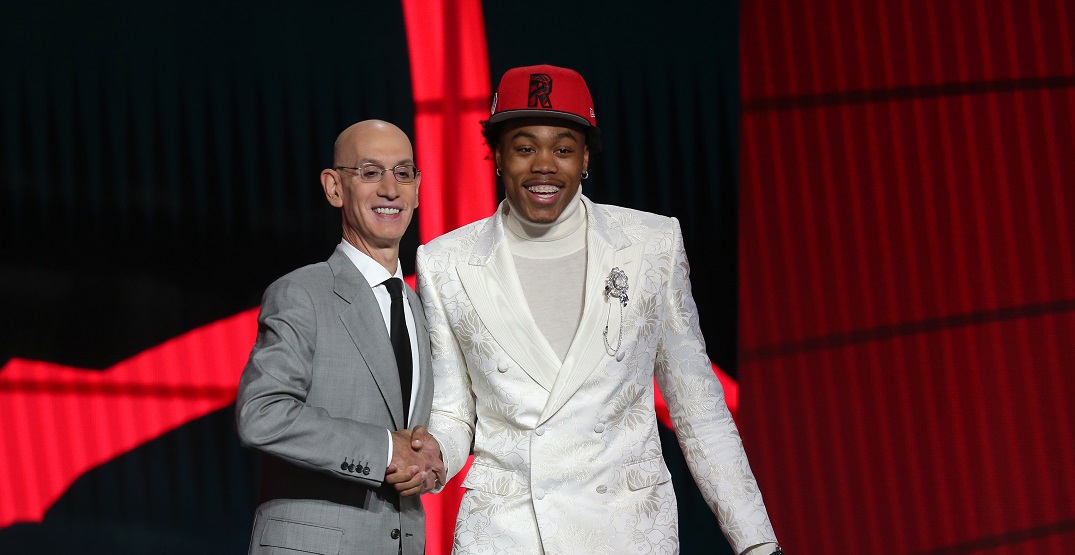 Scottie Barnes is officially a member of the Toronto Raptors.

The first three picks in the draft were leaked earlier in the day by ESPN’s Adrian Wojnarowski.

The move to take Barnes came as a shock to many Raptors fans, who were expecting the team to take Gonzaga guard Jalen Suggs, who was taken with the fifth pick by Orlando.

After various reports that they’d be moving the pick, Toronto ultimately opted to keep their selection and take Barnes.

As a freshman at Florida State, Barnes averaged 10.3 points, 4.1 assists, four rebounds and 1.5 steals per game.

Barnes’ selection led to some speculation that Raptors forward Pascal Siakam could be hitting the trade block, though no concrete rumours of any possible transactions have emerged.

In the second round, the Raptors added Canadian Dalano Banton out of Nebraska with the 46th pick, and took David Johnson out of Louisville with pick #47.