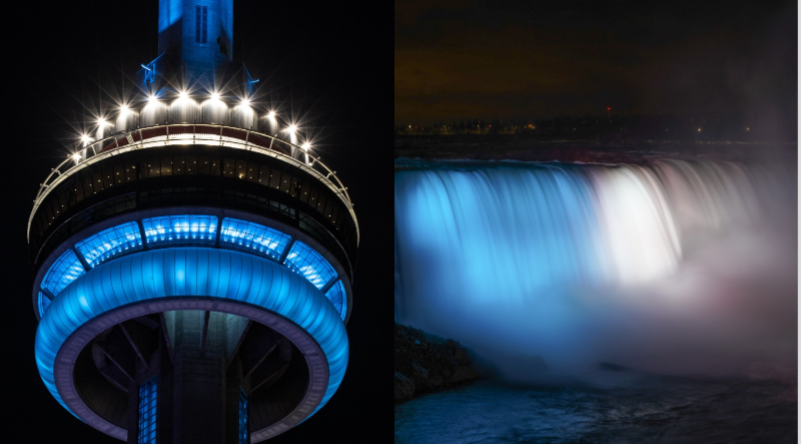 As the Toronto Blue Jays are set to return to Canada, a pair of iconic landmarks will be welcoming them home.

The CN Tower and Niagara Falls are set to be lit up in blue tonight ahead of the team’s first true ‘home game’ since 2019.

“The CN Tower has a long tradition of lighting for Toronto team home openers,” said CN Tower Director of Marketing and Communications, Jennifer Paige, in an email to Daily Hive. “After a long and challenging time, we’re excited to celebrate the Jays’ return to their home stadium.”

Both the American & Canadian Horseshoe Falls will be illuminated from 10pm-10:30pm.

“We know it’s been a long haul in their adopted home in Buffalo, but great to have them back in Ontario and at Rogers Centre,” Adames added.

The Blue Jays will host the Kansas City Royals on Friday night. Many fans will be attending their first sporting event in nearly two years. A capacity of 15,000 fans will be allowed for Toronto’s first ten home games between July 30 and August 8.