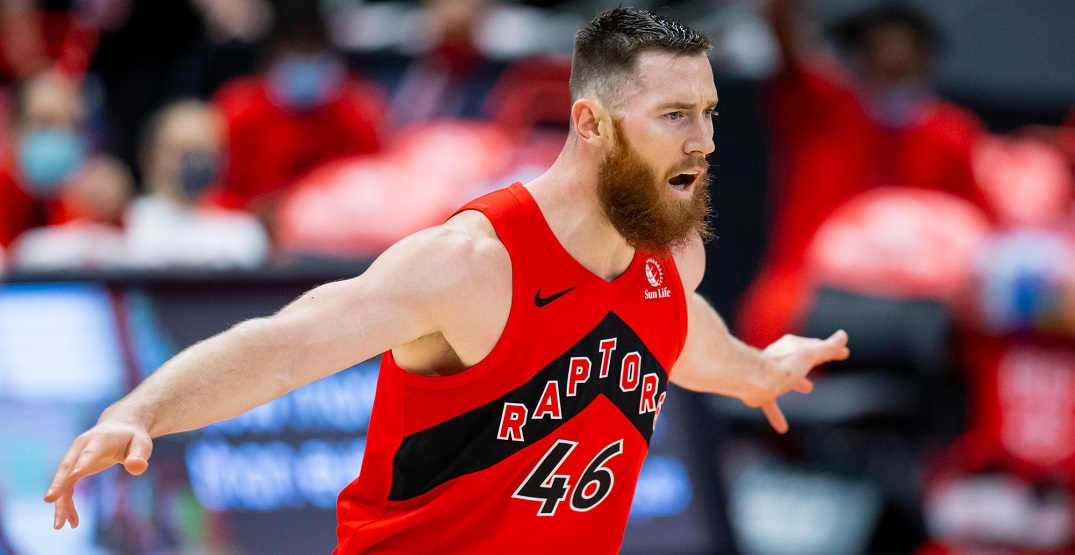 The Toronto Raptors have officially waived centre Aron Baynes after just a lone season with the club.

Baynes’ $7.35 million contract, originally signed last November, was set to become a guaranteed contract on Thursday if the Raptors chose to keep him around.

Novelty Twitter account “Unofficial Aron Baynes Fan Club” was quick to react to the news, jokingly placing a “46-year championship curse” on the Raptors in reference to the big man’s jersey number.

Baynes Fan Club has placed a 46 year championship curse on the Toronto Raptors.

Baynes averaged 6.1 points and 5.2 rebounds in his 53 games as a Toronto Raptor. He started his first 27 games for Toronto, but made just four starts the rest of the season after notably struggling on both ends of the floor.

Though he represents Australia internationally, including at this year’s Olympics, Baynes was actually born in Gisborne, New Zealand. Going undrafted in 2009, he eventually worked his way into the NBA by 2013.

Outside of his Raptors tenure, the 34-year-old Australian has also played for Phoenix, Boston, Detroit and San Antonio in his nine-year NBA career.