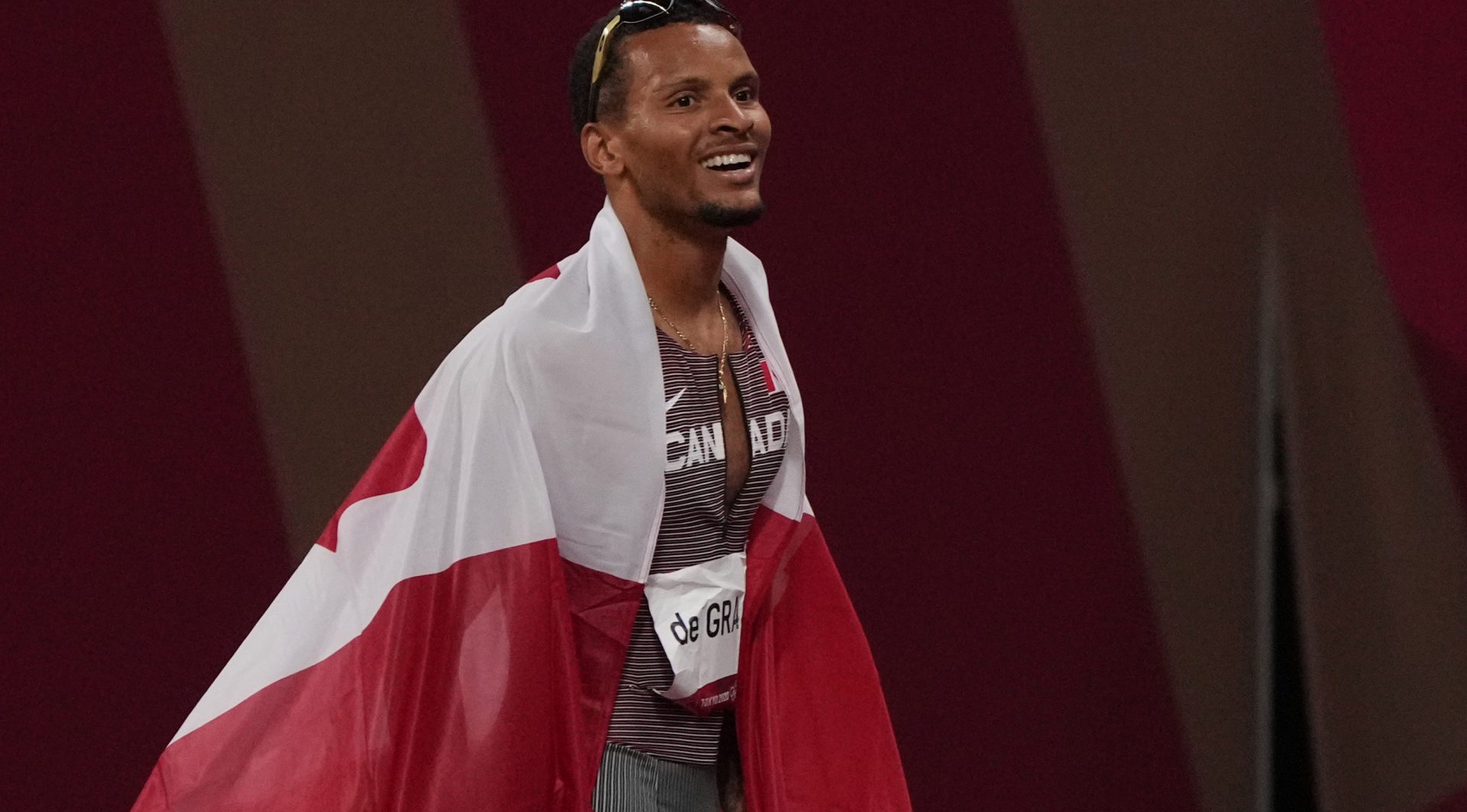 Canadian sprinter Andre De Grasse won his first Olympic gold medal on Tuesday with a record-setting performance in the 200m final in Tokyo.

With a time of 19.62, De Grasse pulled ahead of the field to claim his first appearance atop the Olympic podium.

“I’m just so happy. I’m so proud of myself. I finally got it done,” De Grasse said to CBC after the race.

“I’ve been working hard for this moment for the past five years. I waited an extra year with the pandemic. I’ve just been training my butt off, and I’m just so happy that I finally did it,” De Grasse added.

De Grasse was among the favourites in the final after finishing first in the heats with a time of 19.73.

“My coach, he told me after last night: ‘You got this, just go out there and execute the race.’ And I did that. I’m so proud of myself,” De Grasse said.

De Grasse beat out Americans Kenny Bednarek, who won the silver medal, and Noah Lyles, who won bronze in the race’s final stretch.

“I saw one of the Americans… he was close to me, but I could tell from my lean that I out leaned him,” De Grasse said. “When I looked up at the scoreboard, the camera was on me, and I knew I did it.”

The full interview is below:

"The race of my life"

Andre De Grasse talks about his gold-medal race and the love and support he's feeling from back home 🇨🇦 pic.twitter.com/YNekvnyXiQ